The Asian Shore Crab - Hemigrapsus sanguineus - was first identified on American shores in New Jersey in 1988. It's since made its way as far north as Schoodic Point, Maine, and as far south as North Carolina. It is expected to continue moving northward along the Maine coast. The crab is indigenous to waters from southern Russia to Hong Kong The Japanese shore crab is invading Long Island Sound and crowding out native species, according to marine biologists.

Japanese shore crabs grow to about the size of a silver dollar. The crab's identifiable features are a small hard bubble at the crux of its claws; three spines along each side of its shell (carapace), as opposed the similar-looking green crab which has five; and a light-and-dark banding pattern on its legs.

The crabs inhabit the rocky intertidal zone ? between the high tide line and about one or two feet below low tide. They are omnivorous, eating macroalgae, salt marsh grass, and small invertebrates such as amphipods, gastropods, bivalves, barnacles and polychaetes. To the south, the crabs' diet consists of mussels, clams, periwinkles and the European Green Crab (the latter two are also non-native species). The Asian crab is able to reproduce several times a year. Whether the crab will have similar dietary preferences or be able to reproduce as frequently in Maine's colder climate remains to be seen.

If you see the Asian Shore Crab, we would be interested in knowing about it. Please respond to Robert Russell (find his e-mail address here or call (207) 633-9524) with the date, location, and number of crabs you have seen.

Below are some photographs that might assist to distinguish the Asian Shore Crab from our native species such as the Rock Crab and the more abundant European Green Crab. 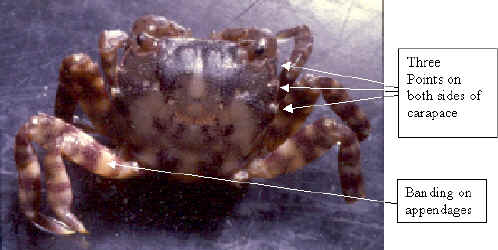 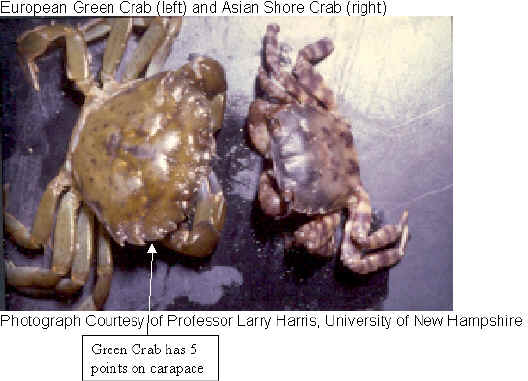 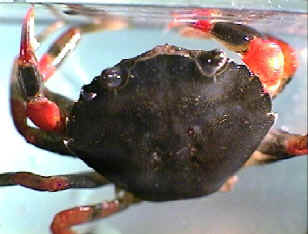 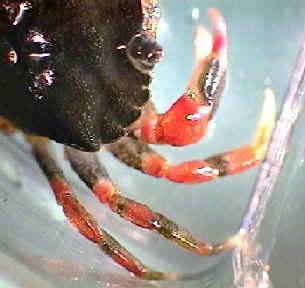 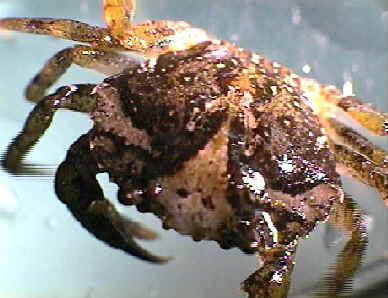 A typical-looking green crab in Maine