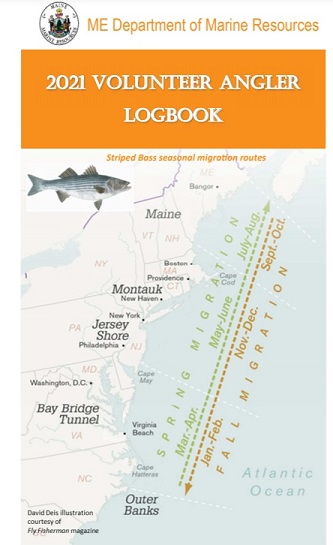 The Volunteer Angler Logbook (VAL) program is primarily geared toward striped bass anglers, but it is open to anglers who fish for any saltwater species, and serves as a means of collecting additional length, catch & effort data. Our field staff sees a limited number of striped bass due to Maine's striped bass size and bag limits, and anglers opting for catch and release.

Striped bass length data coming in from volunteer anglers provides us a broader view of striper catch (released as well as harvested). In addition to providing Maine managers with valuable length, catch & effort data, VAL striped bass length frequency data is also submitted annually to the Atlantic States Marine Fisheries Commission (the multi-state assessment & management group overseeing Atlantic coast striped bass populations) to aid in their assessment of the striped bass population. This is an angler, science, and management partnership to be proud of.

The VAL program is quite simple. An angler records information about fish harvested or released during each trip for themselves and any fishing companions. Additional information about each trip is also recorded, including: time spent fishing, area fished, number of anglers, and target species. Striped bass length data coming in from volunteer anglers, provides us a broader view of striper catch (released as well as harvested). 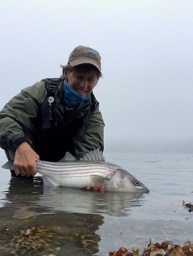 To sign up for the 2022 Volunteer Angler Logbook program, please contact Victoria Batter by phone at (207) 350-7354 or find her e-mail address on our staff page.

There are two options for participating in the program. In one, anglers record data in a printed logbook that will be mailed on request. At the end of the season each angler mails their logbook to us (in a pre-paid mailer), which we then copy and send back to the angler.

An app, Survey123, is also available for anglers who prefer to record data electronically.

Survey123 can be downloaded to a computer or smart phone, allowing anglers to fill out and save data while in non-service areas and then upload the completed survey to DMR once cell service/wifi is available. Open this PDF file (1.9 MB) for download and step-by-step instructions for the eVAL app.

Preliminary Summary of the 2021 data:

136 logbooks were distributed during the 2021 fishing season, of which 52 (38%) were returned and summarized. it's worth noting that 66 (49%) participants responded in some manner at the season's end, some noting no fishing for the season or lost logbooks. 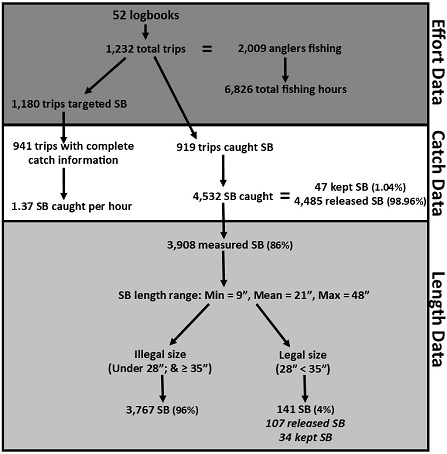 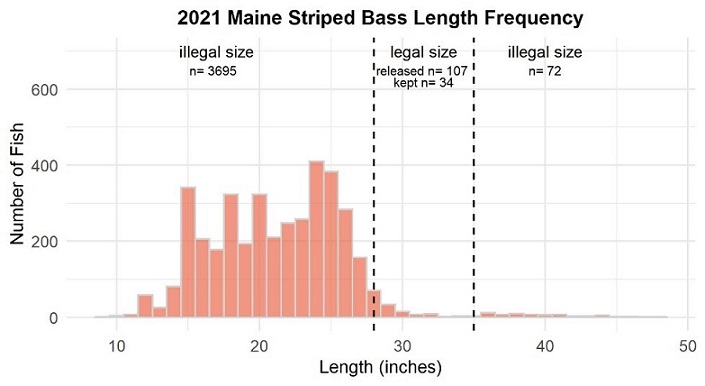 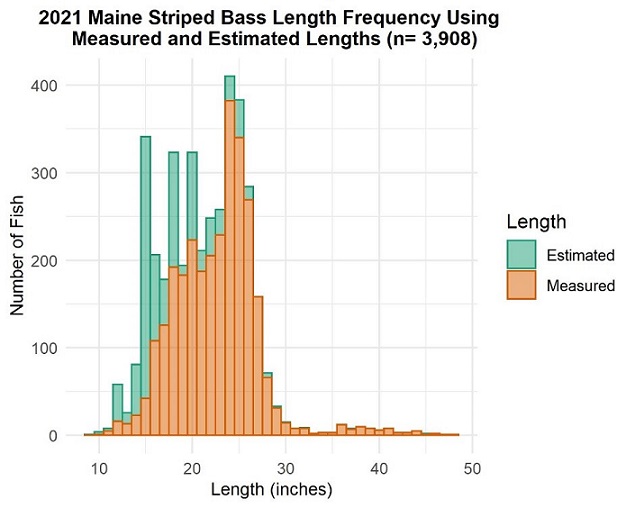