Measles is a respiratory disease caused by a virus that can spread through the air by breathing, coughing, or sneezing. The disease is also called rubeola is easily spread from person to person. Measles causes fever, runny nose, cough, and a rash all over the body. The rash usually begins on a person’s face and spreads down to the neck, trunk, arms, legs, and feet. When the rash appears, a person’s fever may rise to more than 104° Fahrenheit.

The greater Montreal area reported cases of measles since June 2019. Contagious individuals visited several public places and the Quebec health department posted a table of locations with dates and times where exposure to the measles virus may have occurred. Maine residents who visited Montreal area since June 2019 are encouraged to visit the Quebec health department website and contact Maine Center for Disease Control and Prevention if they had an exposure.

Visit the Quebec health deparment's measles website to see the list of exposure locations and to learn more: https://www.quebec.ca/en/health/health-issues/a-z/measles/measles-outbreak/. 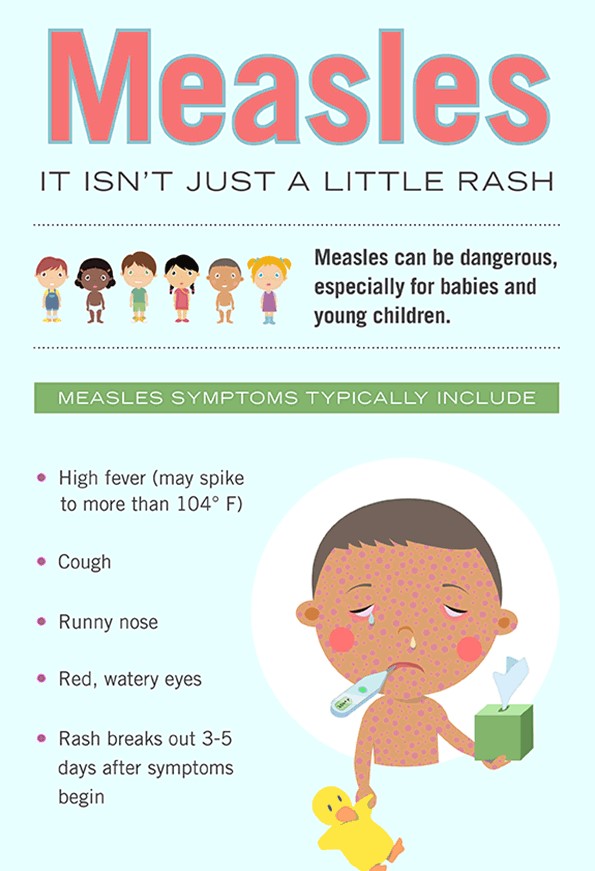 Two or three days after signs and symptoms begin, tiny white spots (Koplik spots) may appear inside the mouth.
Three to five days after symptoms begin, a rash breaks out. It usually begins as flat red spots that appear on the face along the hairline and spread downward to the neck, trunk, arms, legs, and feet. Small raised bumps may also appear on top of the flat red spots. When the rash begins, a fever may spike to more than 104 ° Fahrenheit.

Measles is a very contagious virus that lives in the nose and throat of an infected person. The main way that measles spreads is by coughing or sneezing. Measles virus can also live on surfaces in in the air where an infected person coughed or sneezed for up to two hours. Up to 9 out of every 10 people close to a person with measles who are not immune will also become infected.

Measles can be serious in all age groups. Certain people are more likely to suffer from measles complications including: 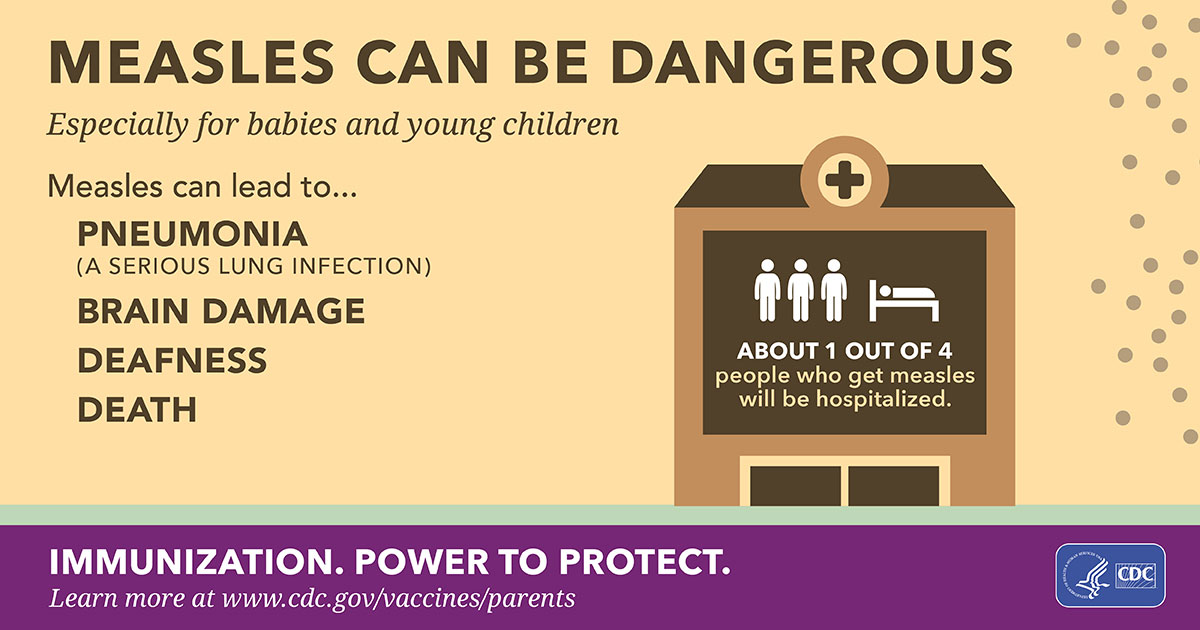 Measles can be prevented with MMR vaccine, which protects against measles, mumps, and rubella. Two doses of MMR vaccine are about 97% effective at preventing measles; one dose is about 93% effective. Some people who get two doses of MMR vaccine may still get measles if they are exposed to the virus, however the disease is usually milder and they are less likely to spread the disease to others. Vaccination recommendations are: