On 10/12/2021, Cpl. Cropper responded to a single vehicle crash northbound at MM 37 in Saco. The operator, Connor A. Gardner (35) of Englewood, CO, drifted off of the roadway and crashed head on with a tree. Gardner was not wearing his seatbelt and hit his head on the windshield. Gardner was transported to MMC with a head injury. Gardner was suspended in MS and did not have a license in CO or ME. Gardner was summonsed for Operating Without a License.

On 10/12/2021, Tr. Ellis stopped Godgiven Senga (42) of Massachusetts on the ME turnpike for erratic operation southbound in Scarborough. He was found to have a warrant for his arrest out of New Hampshire. He was charged as a fugitive from justice and transported to York County Jail. His vehicle was towed away.

On 10/12/2021, Tr. Ellis stopped Ayom Anyang (31) of New Hampshire on I-295 for erratic operation northbound in South Portland. The vehicle had been called in as a traffic complaint prior to the stop. She was charged with driving to endanger and her vehicle was towed away.

On 10/14/2021, Cpl. Peckham stopped Jacob Hillman (37) for an expired and suspended registration. Hillman was charged with VCR x3, attaching false plates, OAS, and no insurance, and the vehicle was towed.

On 10/15/2021, Tr. Bourdelais and Tr. Loder responded to a vehicle fire on the turnpike in Scarborough. The operator stated the cabin began to fill with smoke and he was able to safely maneuver the truck to the shoulder before the flames spread. Nobody was injured during the incident and the commercial vehicle unit was able to address any compliance concerns. 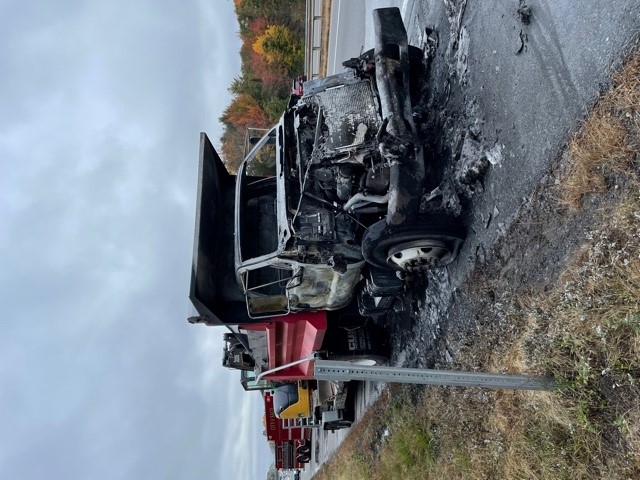 On 10/16/2021, at approximately 0040 hours, Tr. Flynn stopped a vehicle for speeding at MM 6 northbound. Upon further investigation, the operator, Spencer Carroll (20) of York, was arrested and charged with OUI.

On 10/17/2021, Cpl. Peckham located a stranded motorist on the southbound off ramp in Gray. Amie Ballard (38) was charged with VCR x4, Unlawful Possession of Schedule W Drug, and no insurance, and the vehicle was towed.