Maine State Police are looking into an assault and possible road rage incident that occurred at the intersection of Biddeford and Sanford Road in Alfred.

One of the involved vehicles, a black SUV, had a man and woman who got out and punched the driver of a white Dodge Ram in the face several times before spraying him with Mace. They then left, continuing on Route 202 near the intersection heading toward Sanford. The man is described as
approximately 5'10" dirty blonde hair around 170 lbs. with a scruffy beard. The female was short and skinny with large glasses, and blonde hair. Both estimated by the victim to be around 30 years old. Attached are images from Harry’s in Sanford of an SUV that came up in the investigation. If you have any information regarding this case please contact Trooper Luke Broderick at Luke.A.Broderick@maine.gov or 624-7076 option 9.

Troop A
Troop B

UPDATE: He has been located safely. Thank you! We have removed his picture and info for privacy. 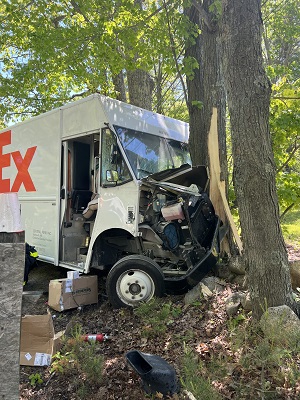 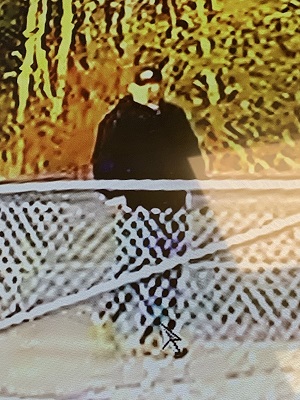 Maine State Police are seeking assistance from the public in locating a stolen side-by-side and identifying the suspect involved.

On May 15, a side-by-side was stolen from Northeast MotorSports in Lebanon. The subject is a male, with reddish facial hair and looks to be in his 30’s. The male was seen walking Westbound on Route 202 before entering the business property. The side-by-side was last seen turning off the trail system onto Lower Cross Road. If anyone has any information on the subject pictured or the theft of the side-by-side, please reach out to Tr. Ritland at 207-624-7076 x9.

On Aug. 18, 2021, at approximately 6:50 a.m., Troopers responded to a report of a single vehicle crash off the road on Rt. 202 in Lebanon.  Troopers learned that the vehicle was operated by 22-year-old Nathan Celley of Springvale, who was the only occupant of the vehicle at the time of the crash.  Mr. Celley did not survive the crash and speed was likely the cause of the crash. Maine State Police extend their condolences to family and friends of Mt. Celley during this difficult time.

On May 25, 2021, Troopers from Troop A conducted a motor vehicle stop on South Waterboro Road in Lyman. As a result of the traffic stop, Darren Foglio, 51, of Waterboro, was taken into custody on 4 active warrants for his arrest without incident.

Foglio was on multiple sets of bail conditions that prohibited the use or possession of alcohol or illegal drugs and stated he must submit to random search and testing for those prohibited items. After he was placed under arrest, a search of the car was conducted which led to the discovery of alcohol and illegal narcotics.

Also charged as a result of the traffic stop was Darren’s sister, Denise Higgins-Foglio, 55, also of Waterboro. Denise was the driver of the motor vehicle and was subsequently charged with Hindering Apprehension or Prosecution (Class D) . Denise was transported to the York County Jail where she posted bail and was released. 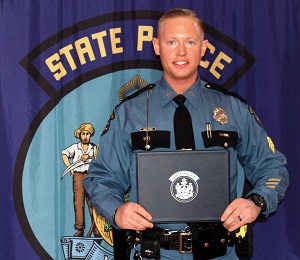 On Feb. 28, 2021, at approximately 3:50 p.m., Troopers from Troop A responded to the report of a multi-vehicle crash on Route 111 in Alfred with reported injuries.

After arriving on scene, it was determined a Toyota Tacoma, operated by Cynthia Meka, 59, of Sanford, had failed to yield to oncoming traffic and pulled onto Route 111 from a side street in front of another vehicle causing the serious crash. The occupants of the second vehicle sustained serious, but non-life-threatening injuries while Meka was uninjured and were transported to an area hospital. While Troopers were interacting with Meka, they noted signs of intoxication. Standardized Field Sobriety Tests were administered to Meka, and she was subsequently placed under arrest for Operating Under the Influence. She was transported to the York County Jail where she refused to provide a breath sample as required by Maine law. Meka was charged with OUI-Refusal (Class D) and Reckless Conduct with a Dangerous Weapon (Class C Felony). She will also be indicted on the charge of OUI-Serious Bodily Injury (Class C Felony). The State Police remains committed to providing the highest standard of service to the citizens we serve in our pursuit of excellence.

UPDATE: The subject has been identified. Thank you.

Maine State Police say the missing teen from Hollis was located safely by family members in Deer Pond and his back home. We have removed the post for privacy purposes. 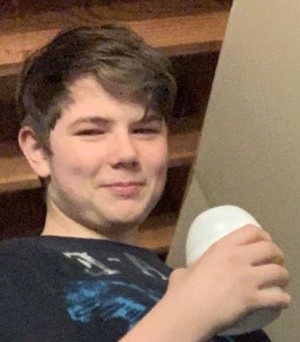