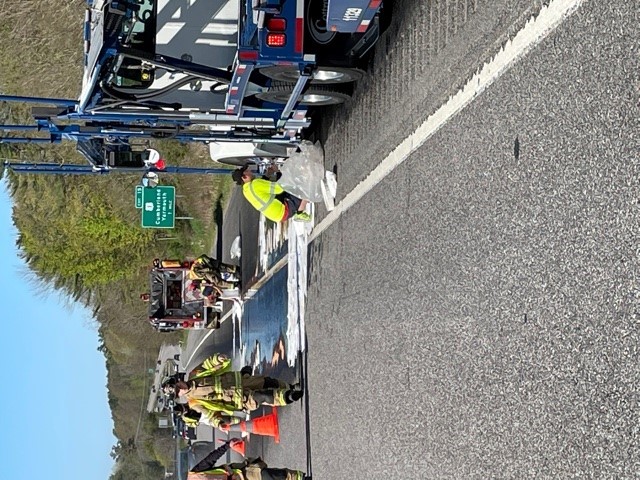 Maine State Police arrest St. Albans man on multiple charges after driving through I-295 Construction Zone. On Tuesday, May 11, 2021, at approximately 10pm Sergeant Christopher Farley was stationed in his cruiser at Exit 5 in Portland on Interstate 295. The lane was closed due to construction. Sgt. Farley, with his blue lights activated, observed a vehicle drive past him and attempt to take the exit that was closed. The vehicle drove around the cones that were blocking the exit. A construction worker was in the area as the vehicle turned into the lane closure and started down the exit where additional crew members were working. Sgt. Farley was able to stop the vehicle before the driver reaching the workers. Fortunately, no one was injured. After a brief investigation, it was determined the driver, Joseph Simonet (36) of St. Albans, was driving under the influence. He was arrested and charged with Operating Under the Influence, Driving to Endanger, and other civil traffic violations. He was transported to the South Portland Police Department and was released on bail. Due to the inherent dangers of work zones, law enforcement officers are often utilized in construction zones to deter risky or unsafe driving and keep workers and the public safe. Maine State Police would like to remind the public to slow down and use caution in construction zones.

On 04/27/2021, Trooper Nadeau stopped Blake Sandelin (39), on Route 202 in Greene for speed and erratic operation. Blake was found to be impaired and had several empty twisted teas from a cold six pack. Blake was out on bail and could not consume or possess alcohol. Blake was arrested for OUI, Felony VCR and Driving to Endanger. Once at the jail Blake refused to cooperate with COVID guidelines for the intox. Blake refused Intoxilyzer.

On 5/13/2021, Trooper Willard stopped ME PC 7304XZ for a vehicle defect along Route 108 in Canton.  The operator Ray Henriksen of Rhode Island was operating on a suspended driver’s license.  He was charged accordingly.

On 05/12/2021, Trooper Lemieux was traveling south on I-95 in Gray. At this time, he observed a Nissan quickly approaching from the rear. Tr. Lemieux saw the vehicle was traveling 109mph. The involved vehicle passed Tr. Lemieux in lane one. The vehicle was stopped, and the driver was identified as Jason Purington of Mechanic Falls. Purington noted he was late for an appointment. Purington was cited appropriately.