“CPL Duda has received many nominations for the CIT officer of the Year award this year. I have had the privilege of working in the same communities as CPL Duda over the years and hearing the stories emerge about his work through that time. As a result, when the nominations were made, it was no surprise to me that this is the pattern of interactions that he has developed. CPL Duda has had many examples of his commitment, compassion, and empathy over several years in which he has demonstrated and exceeded the goals that CIT sets forth to achieve. He has utilized de-escalation skills in times of high stress, he has remained calm and empathetic when those around him have raged, he has demonstrated not only compassion in the moment of encounters, but also in his follow up to building lasting relationships with those who are most vulnerable in the communities he serves. CPL Duda is able to see each individual not as a problem to be solved, but as a human in pain in need of connection and care. I am so happy to award CPL Duda with the CIT Officer of the Year and thank him for his commitment to the 1 in 4 Mainers who experience a mental health challenge each year.” 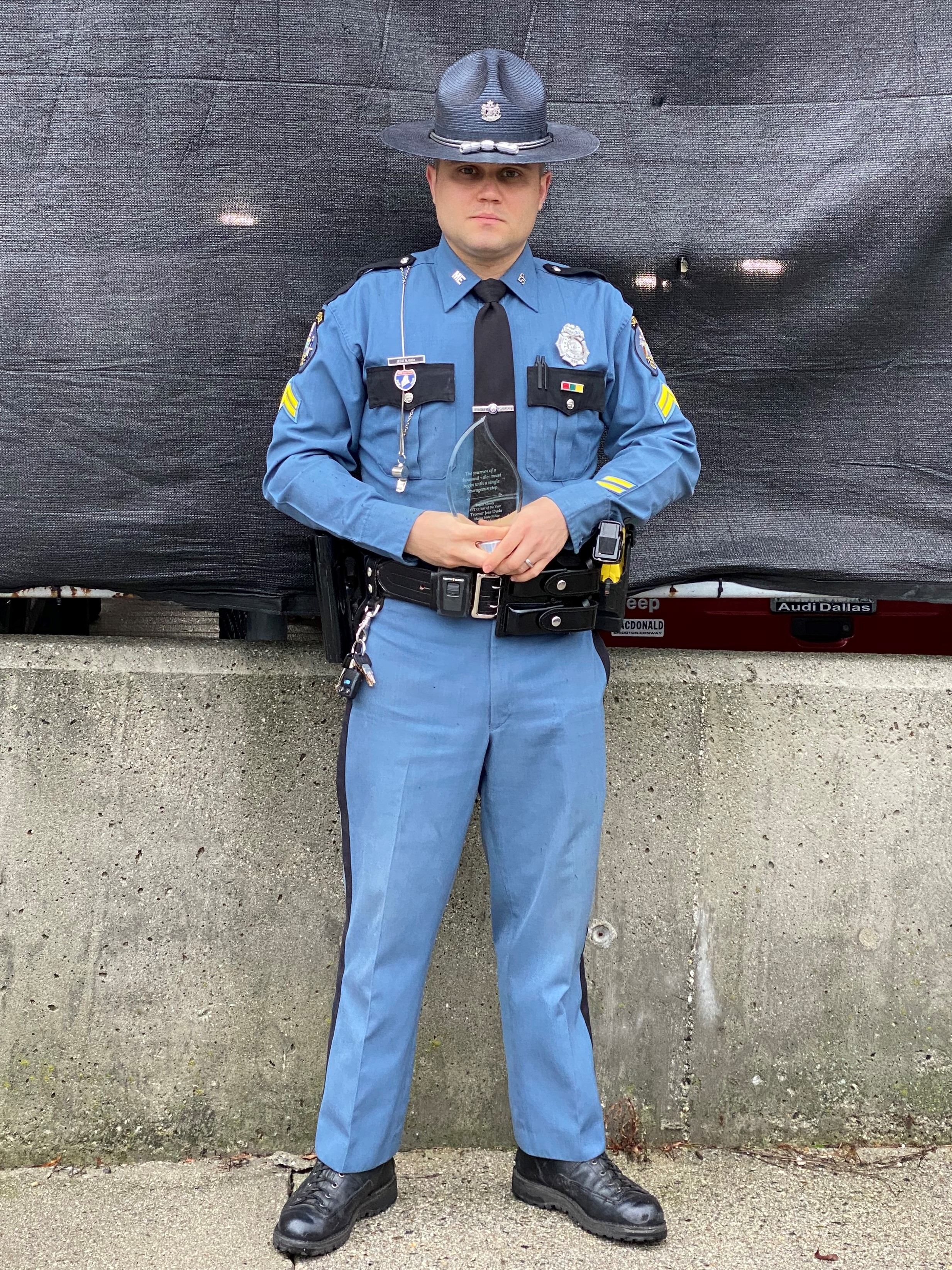