On 4/21/2021 Trooper’s Knight and Harrington travelled to CMCC to assist Trooper Willard with a scenario driven Police Operations Course for Criminal Justice students.  This was the final class of the semester and many of the students are currently in hiring processes.  The Troopers were able to also have a talk with the students after and answer any law enforcement questions.  Troopers Harrington and Knight are pictured with the students. 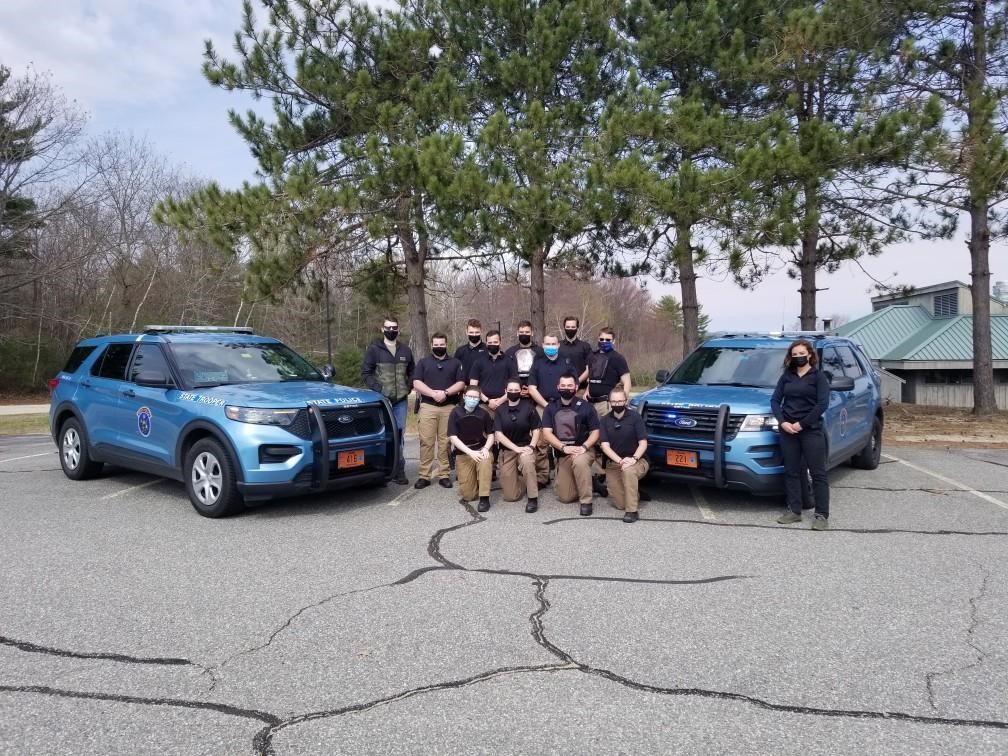 On 04/21/21, Tr. Lemieux conducted a motor vehicle stop on I-295 in Cumberland for an expired registration. Tr. Lemieux made contact with the driver who was identified as Kalila Abssi (32) who provided a Maine identification card only. ABSSI was cited appropriately and the vehicle was towed.

On 04/23/21, Tr. Lemieux conducted a motor vehicle stop on Runaround Pond Road in Durham. The driver was identified as Ashley North (30) of Lisbon. Her Maine driver’s license was suspended. She was cited appropriately.

On 04/21/21, Tr. Lemieux was traveling south on Rt. 1 in Falmouth. A U-Haul was traveling North on Rt. 1 with only the marker lights on. Tr. Lemieux turned around and caught up with the vehicle and saw the driver throw a cigarette out the window. Tr. Lemieux conducted a motor vehicle stop. He made contact with the driver (later identified as Stefan Hamilton 32 of Yarmouth). During Tr. Lemieux interaction with HAMILTON, he was using his shoulder to cover his face. HAMILTON provided his girlfriend’s name and date of birth. Further investigation found HAMILTON had four active arrest warrants, a revoked driver license and bail conditions. HAMILTON later confirmed his name. HAMILTON was placed under arrest and transported to York County Jail.

On 4/24/2021 Trooper Willard stopped a black Ford Taurus sedan for operating without lights after dark. The operator Jonte Chisholm (20) of Lewiston was found to be operating without a license.  The passenger did not hold a valid license either.  Jonte’s mother was called and she was brought down to provide a ride for Jonte and the passenger.