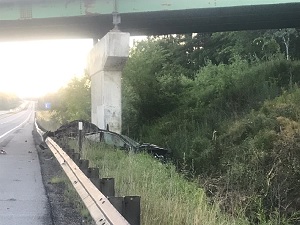 On Friday, July 15, 2022, at approximately 5:06 a.m., Maine State Troopers responded to a single-vehicle crash at MM 56 northbound in Falmouth. Once on scene Troopers discovered a 2019 black Toyota Highlander had struck the Hurricane Road overpass bridge abutment. The preliminary investigation indicates the vehicle left the roadway, traveled 200 feet on the grass part of the shoulder went behind the guardrail, and struck the bridge.

Troopers believe the driver, 30-year-old Brandon Bates of Lewiston fell asleep at the wheel. Bates was the only occupant in the vehicle.

Troopers were assisted on scene by Falmouth Fire & Rescue and the Turnpike Authority.

A motorcycle, operated by Darrell King (51) of Brewer, lost control in a sharp curve and was struck by an oncoming pickup. The motorcycle passenger, Melissa Hatch (50) of Brewer, suffered fatal injuries from the crash. Both the operator and the passenger were wearing helmets.

The operator of the pickup was Douglas Mcvay (69) of Eastbrook, did not suffer injuries.

On Friday, May 13, 2022, at approximately 1:15 p.m. Maine State Troopers responded to a single-vehicle crash on Saco Road in Hollis. Once on scene Troopers determined that a 2007 Toyota Yaris, operated by 75-year-old Robert Smith of Hollis was traveling eastbound when he lost control of his car and crashed onto a property in the area of the 300 block on Saco Road. Smith’s brother, a passenger in the car was able to gain control of the steering wheel and prevent the car from crashing into the residence. Hollis Fire and Rescue Departments responded to the scene and attempted to stabilize Smith. He did not survive. It appears that Smith had a medical event that led to the crash.

The Maine State Police would like to extend our condolences to Robert Smith’s family and friends.

On Saturday, May 7, 2022, at approximately 8:23 p.m. the Maine State Police responded to a fatal motor vehicle crash in Township 22 on Airline Road. The crash involved a four-door sedan and a motorcycle. The investigation revealed that the sedan crossed the centerline and into the path of the oncoming motorcycle. The motorcycle, driven by 49-year-old Charles Brown of Indian Township was hit head-on, and Brown was thrown from the motorcycle. Brown sustained fatal injuries and was pronounced dead on the scene. The driver of the sedan, 48-year-old Daniel Lyons of Veazie fled on foot and was taken into custody a short time later near the scene of the crash. Lyons was arrested after being treated at a local hospital for minor injuries. He was charged with aggravated operating under the influence and manslaughter. The Maine State Police would thank the Maine Warden Service, Maine DOT, and the Osborne Fire Department who assisted them on scene. Alcohol is considered a factor in the crash.

On Tuesday, May 3, 2022 at approximately 12:00 a.m., Maine State Police responded to a fatal crash on Route 191 in Meddybemps involving a black 2014 Jeep Grand Cherokee, driven by 26-year-old Austin Porter of Alexander.  Porter, who was the only occupant of the vehicle, was deceased at the scene. Preliminary investigation indicates Porter was traveling in the southbound lane when he crossed the center line went onto the shoulder of the northbound lane and then overcorrected and went back across the road off the southbound shoulder and into some parked vehicles.  Speed and alcohol appear to be factors in this crash.  Porter was not wearing a seatbelt at the time of the crash.

On Sunday, May 01, 2022 at 8:16 p.m. the Maine State Police responded to I-295 southbound at mile marker 16 for a motor vehicle crash involving a motorcycle that had been reported operating north in the southbound lanes and had struck another vehicle head on. When emergency responders arrived, they identified the operator of the motorcycle as 47-year-old John Rivard of Lewiston. Rivard was operating a black 2011 Harley Davidson motorcycle and had entered onto the interstate system from the exit 15 southbound off-ramp. He was pronounced dead at the scene. The other vehicle involved was a brown 2010 Honda Accord and the operator from Brunswick was not injured. Both I-295 southbound lanes were closed to traffic by Maine DOT for approximately 2 ½ hours to allow law enforcement time to process the scene. The crash remains under active investigation. 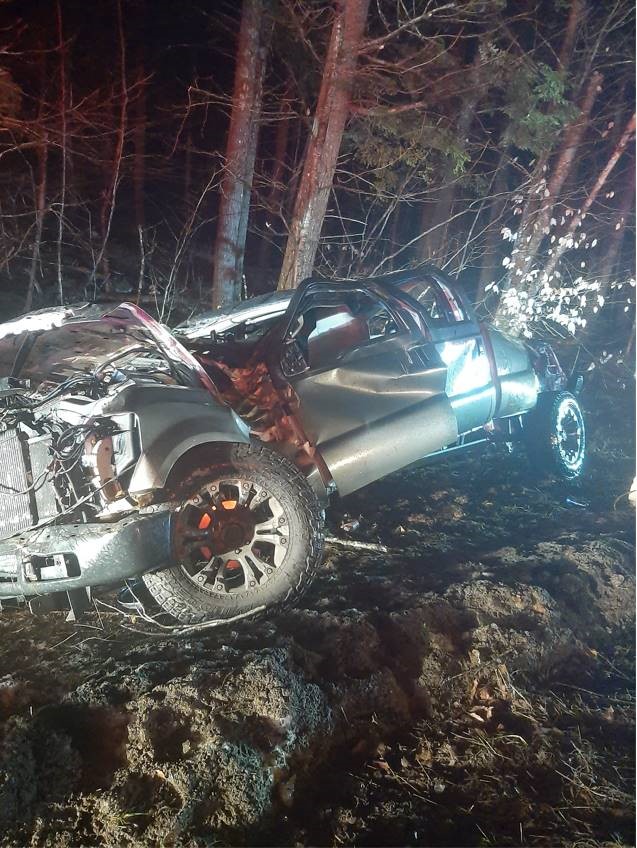 On Thursday, March 31, 2022 at 8:11 p.m. the Maine State Police responded to Rome Road (Route 225) in Rome for the report of a motor vehicle crash.  Upon arrival, Troopers were able to determine that a 2010 Ford F-250 pickup truck was traveling North on Rt. 225 when the driver was unable to negotiate a left corner.  The driver, 22 year-old Brad Daggett of New Sharon lost control and went off the left side of the roadway where it struck several large trees and rolled.  The vehicle came to rest on its side leaving Daggett trapped.  Crews with the Rome Fire Department were able to extricate Daggett and provide medical aid with paramedics/EMTs from Delta Ambulance Service but Daggett succumbed his injuries.  Daggett’s passenger 20-year-old Haylie Smith of Madison received non-life threatening injuries, however was transported to a local hospital for evaluation.   Preliminary information suggests that unsafe speed combined by limited visibility due to fog and wet road conditions appear to be contributing factors in the crash.  Neither occupants of the vehicle were wearing their seatbelts.  Route 225 was shut down for three hours while emergency crews worked the scene.    The incident is still under active investigation by Maine State Police.

On Thursday, February 24, 2022, at approximately 6:50 p.m. Maine State Troopers responded to a crash near MM 95 on I-95 in Litchfield. The driver of an RV motorhome was traveling northbound on I-95 in the travel lane when a blue GMC pickup truck came up behind the RV and attempted to pass it in the passing lane. The driver of the pick-up truck lost control of his vehicle, striking the guardrail and then hitting the RV forcing both vehicles into the median.

The driver of the pick-up was ejected from the vehicle and moments later was struck by a third and fourth vehicle traveling in the same direction. The driver of the pickup truck was pronounced dead at the scene.
The name of the deceased is not being released pending notification.

The driver of the RV, who is from Maine, and the drivers of the other two vehicles involved were not injured.

I-95 NB was shut down for about three hours while the Maine State Police reconstructed the crash scene. It has since been re-opened. 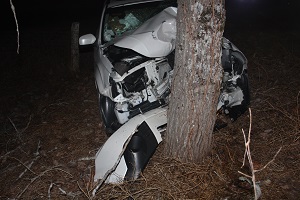 On Monday, February 21, 2022 at 7:30 p.m. Maine State Police Troopers responded to a single motor vehicle crash on Route 1 in Hancock. The driver of the vehicle, 39-year-old Anthony Smalley of Hancock was pronounced dead at the scene. Smalley’s vehicle went off the roadway striking a large tree head on. It is believed Smalley fell asleep or had a medical event causing him to leave the roadway. The investigation into the crash is on-going. Hancock Fire Department and Ellsworth Police Department assisted the Maine State Police.

On Wednesday, January 26, 2022, at approximately 7:11 a.m. the Maine State Police and the Washington County Sheriff’s Office responded to a two vehicle crash on Route 1 in Edmunds Township near the intersection of Tide Mills Road. The driver and lone occupant of a 2006 Silver Buick Lucerne was traveling southbound on Route 1 when he lost control of his vehicle, skidded across the roadway and was struck by an oncoming vehicle. The driver of the Buick was transported to the hospital with minor injuries.

The second vehicle, a 2010 Blue Toyota Prius was carrying two occupants. The driver and an eleven-year-old passenger in the back seat.  The  child sustained critical injuries and was pronounced dead on the scene. The driver of the Prius was transported to the hospital with minor injuries.

The area of Route 1 and Tide Mills Road was shut down for several hours. The road has since reopened.

Downeast Ambulance Service and the Whiting Fire Department assisted with the crash along with many Washington County citizens who stopped to help.

In an effort to be sensitive to all parties involved we are not releasing the names of the drivers or the deceased until the crash report is completed.