The Maine Department of Education does not endorse any particular organization or resource. The information provided is intended to be for consideration; educators make implementation decisions at the local level. Below are links to resources for some of the commemorative days relating to social studies. For a complete list of commemorative days and weeks, visit the Maine Revised Statutes on the Maine State Legislature’s website.

Title 1 §136 designates the third Friday in September as POW/MIA Recognition Day. The day encourages “remembrance of the courage and plight of American prisoners of war and those missing in action.” 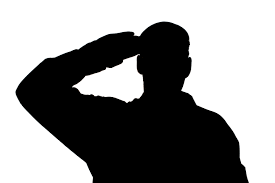