On March 5, 2020, at approx. 6:30 p.m., Troopers out of Troop A responded to a home on the Jim Grant Road in Lebanon in an attempt to locate a Samantha Smith, 32, of Rochester, NH. Smith held a warrant out of the Rockingham County N.H. Sheriff’s Department for Probation Revocation where the underlying conviction was for possession of cocaine. Troopers were allowed into the home and located Smith hiding in a closet in a bedroom.

During a further search of the home, Troopers located a man hiding in a closet in another room in the home. He initially provided a false name but was identified as Ryan Barbin, 36, Rochester, NH. Barbin held a warrant out of the Strafford County N.H. Sheriff’s Department for Violation of Bail Conditions and Theft.

Smith and Barbin were transported to the York County Jail where they were charged as being Fugitives from Justice. They will be extradited back to New Hampshire at a later date.

Biddeford resident sentenced to 6 years in prison on drug conviction.

Jamison Snyder, 48, of Biddeford, was sentenced to serve 6 years in the Maine State Prison on a conviction for Aggravated Trafficking in a Schedule Drug (fentanyl) and on a probation violation.

On Feb. 18, 2019, State Police out of Troop A and Officers from the Biddeford Police Department went to an apartment on Main St. in Biddeford to try to arrest Snyder on an outstanding warrant. Snyder attempted to flee and jumped out a second floor window. He was arrested after a brief struggle and found to be in possession of fentanyl and suspected cash proceeds.

As part of his plea agreement the cash was forfeited to the state. Snyder’s earliest release date will be February 7, 2026.

Suspect punches Trooper and escapes from cruiser in Hollis

On Feb. 12, 2020 at approximately 1:40 a.m. , Troopers out of Troop A responded to the town of Hollis for a reported female breaking her ex-boyfriend’s truck windows with a pipe.

Upon arrival, the female identified as Sharleen Hoffman, 29, of Hollis, was no longer on scene. An on-scene investigation showed probable cause for charges of Criminal Trespass Class D and Criminal Mischief Class D. Troopers located Hoffman at her residence where she and other members of the household were highly uncooperative.

Hoffman punched her mother and one of the responding Troopers in the face while at her residence. Hoffman was taken into custody. While Troopers returned to speak with the family, Hoffman escaped the cruiser and fled the scene. She was located shortly after and taken back into custody.

New Hampshire Man Charged with Endangering Welfare of a Child

A New Hampshire man was charged with endangering the welfare of a child after he was found overdosing in his vehicle earlier today.

On January 14, 2020, at approx. 8:50 am, Troopers out of Troop A were called to a parking lot on Rt. 202 in Lebanon for a report of an unresponsive man in a vehicle. It was also reported that there was a small child in the vehicle. Troopers arrived on scene and found a man that appeared to be suffering from an overdose. As the Trooper was about to administer Narcan, the subject woke up. The subject was identified as Christopher Dube, 34, from Rochester, N.H. Troopers located an 18-month-old child in the vehicle with Dube.

Dube was arrested for Endangering the Welfare of a Child and Unlawful Possession of a Schedule Drug (heroin/fentanyl). He was transported to the York County Jail where bail was set at $500.00. State Police contacted the New Hampshire Department of Children and Youth Services who responded to the scene. The child was later turned over to a family member.

(Note we blocked the logo on the shirt as he is no longer affiliated with  that company).

An Alfred man is facing Domestic Violence charges after a disturbance in the early morning of Nov. 26.

On November 26, 2019, at approximately 3:30 a.m., State Police out of Troop A were called to a residence on the Sanford Road in Alfred for a domestic disturbance. Dispatch advised Troopers that a woman reported an assault and the line was disconnected.

State Police and Deputies from the York County Sheriff’s Department responded to the home and found a female bleeding with facial injuries. As a result of the investigation, Thomas Proia, 44, of Alfred, was arrested.  The victim was transported to Southern Maine Health Care in Sanford for her injuries.

Proia was charged with Aggravated Assault (Domestic Violence) Obstructing Criminal Prosecution, and for a Probation Violation. He was transported to the York County Jail where is being held without bail. He will make his first court appearance on Wednesday at 10 a.m. in Springvale District Court.

Proia has a violent criminal history that included an incident in 2015 in which he was convicted of Domestic Violence Reckless Conduct with a firearm, Aggravated Assault ,and Gross Sexual Assault. During that incident Proia fired off several gunshots in his house before fleeing and being arrested near his home after assaulting his neighbor with a rock. In April of 2019, Proia was arrested in Salisbury, Massachusetts by the Massachusetts State Police and was charged with Conspiracy to Violate drug laws, carrying a dangerous weapon, Operating after Suspension, and an outstanding warrant for OUI.

A Sandford man is facing charges after fleeing from police.

On Nov. 23, 2019, at approximately 12 noon, a Corporal from Troop A attempted to stop a maroon Subaru station wagon for a traffic infraction on route 202 in Alfred. The driver and sole occupant, took off at a high rate of speed and a short pursuit occurred. After observing the driver make several bad passes in and out of traffic, the pursuit was terminated due to safety concerns.

The vehicle was later located at an address in Sanford. Numerous tips from the public came in and it was learned that John Mcdonald, 33, of Sanford was the driver. Mcdonald was located hiding in an apartment in Biddeford several nights later and was transported to the York County Jail.

He was charged with Eluding an Officer (Class C Felony) and Operating After HO Revocation (Class C Felony). Bail was set at $1000.00 and a probation hold was also placed on Mcdonald. 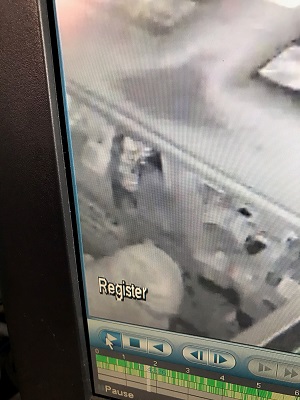 Maine State Police are asking for the public's assistance in identifying two men who burglarized two area businesses in Hollis.

During the early morning hours on November 15, 2019, two male suspects burglarized the Pizza Garage and Station House Convenience Store in Hollis. Two safes were broken into and a large amount of cash was stolen.

If you have any information on this crime or can identify the suspects please contact Cpl. Douglas Cropper at 207-624-7076. You can remain anonymous. You can also report it on our State Police Headquarters Page. 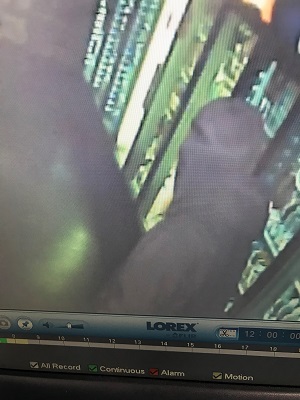 Three people are facing charges after a traffic stop in Lebanon.

On Nov. 10, 2019, a Trooper from Troop A stopped a vehicle on Route 202 in Lebanon for multiple violations. During the course of the stop, it was determined the driver was attempting to provide a false name, and another Troop A Trooper arrived to assist. A roadside investigation revealed the driver was in fact Sasha Wooster, 28, of Berwick, who had a felony warrant out of New Hampshire for Possession of Dangerous Drugs. The warrant was extraditable out of the Eastern United States. Troopers learned that two out of the reaming three people in the car were also providing false names. A passenger, Shaun Laws, 29, of Rochester New Hampshire, was prohibited from having contact with another female (also inside the car) due to multiple Protection From Abuse Orders. Another woman inside the car, Shannon Houle, 27, of Rochester, New Hampshire, was found to have an active Maine warrant for her arrest for failing to pay fines for a Drug Possession and OUI charge. The warrant was for failing to pay fines for a Drug Possession and an OUI Charge. Houle was  taken into custody without incident.

A search of the car yielded a significant amount of drug paraphernalia, and a small amount of illegal narcotics. After the individuals were transported to York County Jail, it was determined Wooster was concealing a small amount of suspected Crystal Methamphetamine on her person, and was also on probation for a drug charge. A Corporal from Troop A, who is also a member of the PACE Team also assisted with the stop.  The individuals were held on the following charges:

Shaun Law:  Held Without Bail for two counts of Violation of a Protection from Abuse Order (Class D); and Unlawful Possession of a Schedule W Drug (Class D).

Shannon Houle was issued a $250 bail for the Arrest Warrant and Unlawful Possession of a Schedule W Drug (Class D).

A bus driver for Biddeford is facing multiple charges after a Trooper stopped his for driving erratically with a bus full of students.

On Nov.  2, 2019, at approximately 7:57 p.m., Trooper Patrick Hall out of Troop A was on routine patrol southbound on I-95 in Scarborough when his attention was drawn to a school bus operating in front of him. Tpr. Hall noted that bus was speeding in a construction zone, failing to signal lane changes, and failing to maintain one lane. The bus was stopped for the erratic operation and speeding. The bus was filled with Biddeford High School Students returning from a field hockey game.  The bus was being operated by Richard Tanguay, 68, of Biddeford. Tpr.  Hall observed signs of impairment and conducted Standardized Field Sobriety Tests.  As a result, Tpr. Hall brought Tanguay to Cumberland County Jail for an intoxilyzer breath test and an exam by a Drug Recognition Expert As a result of the investigation, Tanguay was charged with OUI-Drugs, Driving to Endanger, and Endangering the Welfare of a Child.

Trooper Hall was assisted by Cpl. Ricci Cote and by Sgt. Paul Powers of Freeport PD who conducted the drug recognition testing. Bail was set at $500.00 which Tanguay posted and was released. Tanguay’s first court appearance will be on January 9, 2020 in Portland District court. The State Police have notified the Biddeford School District of the incident.