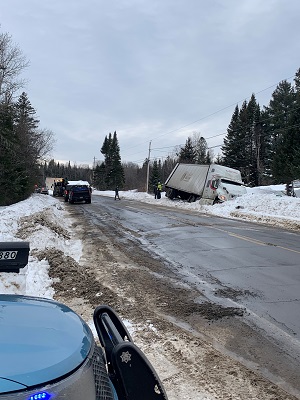 Two drivers escaped serious injury after a head-on collision over the holiday weekend.

On Nov. 26, 2021, Michael Deabay, 72, of Presque Isle, was driving his 2020 GMC Terrain SUV East bound on Route 163 in T11 R4 Wels when he lost control of his vehicle on the snow-covered roads and crossed the center line.  Linda Mastro, 69, of Portage, was traveling West bound on Route 163. Mastro noticed that the vehicle in the opposite lane was swerving out of control. Mastro attempted to get her vehicle over towards the ditch to avoid contact. Mastro was not able to get out of the way and Deabay struck her head on. Both vehicles sustained disabling damage in the crash. Both Deabay and Mastro were taken to the hospital by ambulance with non-life-threatening injuries. It is believed that poor weather conditions, road conditions, and speed were factors in the crash. 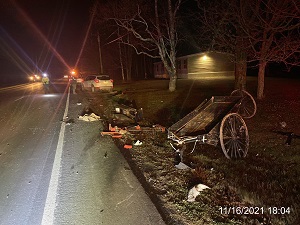 On Nov. 16, 2021, Nancy Perkins, 77, of Patten, was driving north on State Route 11 (Station Road), Stacyville, in her 2019 Ford when she truck the back of a an Amish horse/buggy being driven by Lydia Miller, 31, of Stacyville and occupied by Miller’s three daughters, also going north on Station Road.  Miller and the three girls were ejected from the buggy and crashed on the ground to the right of the roadway.  Perkins’ vehicle continued north striking a mailbox on the Station Road before coming to rest on the opposite side of the driveway.

Perkins was not injured in the collision.

Miller had some abrasions to her hands but did not want to be seen by the on-scene EMTs.

Two girls were taken by Patten Ambulance to a doctor in Patten for minor injuries.

The horse did not appear to be injured and was removed from the scene by other members of the Amish community.

Perkins’s vehicle was towed from the roadway by Hayes Towing (Stacyville). 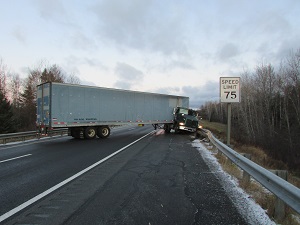 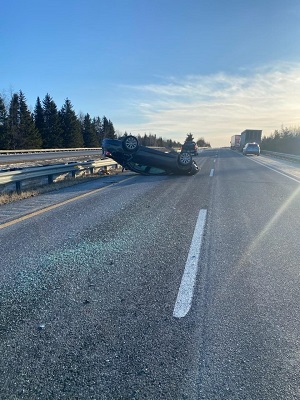 The Maine State Police responded to Main St. in Mapleton on Sept. 18, 2020 at 12:56 p.m., for a two-vehicle head-on crash.  The investigation indicated that a 2016 Suburban, operated by Orpheus Allison, 56, of Mapleton, was traveling west through a construction zone and failed to return to the westbound lane.  A 2013 Chevrolet pickup operated by Carter McLaughlin, 23, Mapleton, of was stopped in traffic, in the east bound lane.  Allison struck the front of the McLaughlin’s pickup causing disabling damage to both vehicles.  A 2002 GMC pickup, operated by Frank Marcello, was stopped behind McLaughlin.  The impact caused McLaughlins pickup to be pushed back into the front of Marcello’s vehicle.  The cause of the crash is believed to have been caused by a medical condition.  Allison was transported to AR Gould Northern Lights Hospital in Presque Isle for non-life-threatening injuries.  McLaughlin was not injured in the crash.  Marcello had minor injuries. 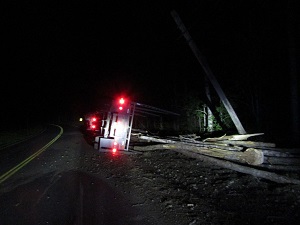