On 04/17/21, Tr. Lemieux conducted a motor vehicle stop at the Maine Mall for an expired inspection. The passenger in the vehicle was identified as Thomas Potter (34) of Kittery. He was on a set of bail conditions not to have direct or indirect contact with the driver. POTTER was on bail for domestic assault with priors. POTTER was placed under arrest. During search incident to arrest Tr. Phillips located a small amount of suspected meth in POTTERS pocket.

Brief Synopsis: At approximately 1638 hours, Augusta RCC received several complaints of a motor vehicle traveling North on I-295 swerving. Tr. Lemieux located the vehicle on I-295 in Freeport swerving over both lanes almost striking the guardrail. Tr. Lemieux conducted a motor vehicle stop. After approximately one mile, the vehicle pulled over. The driver (later identified as Paul Trask) showed signs of impairment. Tr. Lemieux noticed a single pill on the passenger floor. Tr. Lemieux spoke with TRASK outside of the vehicle. TRASK had a large bulge in his pants pocket. In his pocket was a large pill bottle with two types of pills inside. The name on the pill bottle was his fiancés. Field Sobriety was conducted. TRASK was placed under arrest for OUI drugs. A DRE performed several more tests. While waiting for a Bail Commissioner, TRASK mother in-law called looking for her grandchild. TRASK said his son was with his mother in law. The mother in-law informed me she did not have TRASK son. Portland PD was requested to go to TRASK residence in Portland. It was found that TRASK left his 8-month-old child inside of his apartment alone for approximately six hours. DHHS was called. TRASK was transported to Cumberland County Jail. The pills inside were counted (593 unknown pills) (8 Xanax pills). All pills will be sent to the lab for testing. 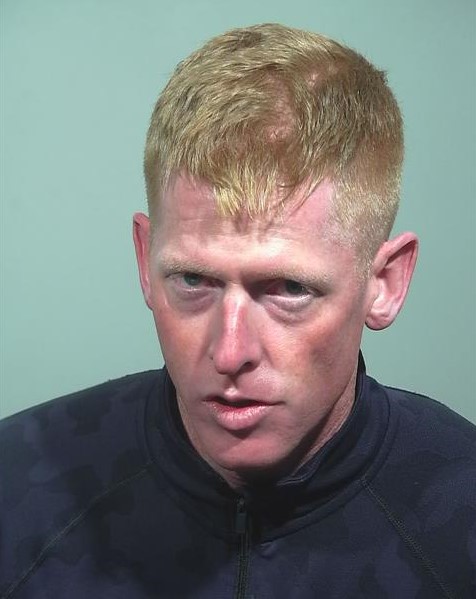 Brief Synopsis: On 2/29/2021, Trooper Willard was traveling west on Route 113 in Brownfield, when he observed a single vehicle traveling at a high rate of speed in the opposite direction.  The vehicle was confirmed to be traveling at 76 mph in a posted 55 mph zone.  Once Trooper Willard reversed direction and began catching up, the vehicle quickly turned left onto the Wakefield Road.  Trooper Willard closed the distance and the vehicle finally stopped.  The truck was a red 2007 Chevy Colorado pickup which had no registration plates.  Subsequent investigation led to the driver, Michael Shuman of Brownfield to be arrested for suspicion of OUI.  Shuman was transported to Fryeburg Police Department for a breath test.  Shuman was charged with Operating Under the Influence.

Brief Synopsis: At approximately 2038 hours, Tr. Doughty was dispatched to the area of mile marker South for a motor vehicle crash. On scene, it was determined that one of the vehicles was traveling South on I-295 when the driver crossed over the median, drove through a guard rail and struck another driver traveling North on I-295. Both drivers were transported to Maine Medical Center. Tr. Lemieux submitted a preservation order and will be drafting a search warrant for medical records for the driver who was traveling South on I-295. 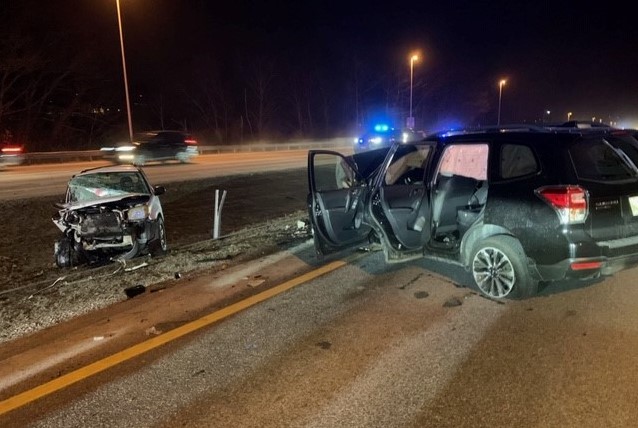 Brief Synopsis: On 3/16/2020 Tr. Nadeau responded to Greene for a report of a female out of control and breaking things in the caller’s apartment. Once on scene Tr. Nadeau found Jennifer Morin had barricaded herself in her apartment and was reportedly drunk and high. Tr. Nadeau advised the caller we had no reason to break down the door and to leave Jennifer in the house alone to let her sober up. About 15 minutes later Tr. Nadeau received a second call that Jennifer was now trying to break into her mother’s adjoining duplex. The caller reported that Jennifer was breaking the glass out of the side doors. Once on scene Tr. Nadeau found Jennifer had smashed the glass out of a storm door and main door. Jennifer again barricaded herself back in her apartment. Tr. Phillips and Sgt. Bureau were able to kick the door in to make entry into Jennifer’s house. Jennifer was uncooperative but was taken into custody without incident. Tr. Nadeau summonsed her with VCR and Criminal Mischief.

Brief Synopsis:            Tr. James stopped Brad Skeean (24) of Portland on I295 in Freeport for having an expired registration. It was determined the vehicle’s registration was also suspended due to toll violations. Skeean was charged accordingly and the vehicle was towed.

Brief Synopsis:  Over the Course of the week Troopers on 295 covered 8 Non reportable crashes; 32 Property damage crashes; and 5 Injury crashes.

Brief Synopsis: On 02/03/2020 I was South bound on Route 202 in Greene when a vehicle passed Tr. Nadeau going North bound, driving in the break down lane. Tr. Nadeau turned around and followed the vehicle onto Main Street in Greene. The vehicle was all over the road and was driving in the oncoming lane. Tr. Nadeau initiated a traffic stop on the vehicle and identified the diver as Maggie R Phelan (22) of Lewiston. After smelling a strong odor of intoxicants on Maggie, Tr. Nadeau ordered her out of the vehicle to do SFST’s. Based off the tests, I placed Maggie under arrest for OUI. Maggie became uncooperative. Maggie consented to a blood kit and I summonsed her for OUI.

Brief Synopsis: On 02/08/2020 Tr. Nadeau was driving South bound on Washington Street in Auburn, when a vehicle did an illegal U-turn in front of him. The offending vehicle nearly struck the car just ahead of Tr. Nadeau. Tr. Nadeau stopped the offending vehicle and identified the driver as Thomas J GIBSON (37) of Scarborough. Thomas was mute during the entire traffic stop and would not talk or acknowledge Tr. Nadeau. Tr. Nadeau could see Thomas was impaired but when asked to step out of his vehicle, he rolled up his window. Tr. Nadeau was able to extricate GIBSON from his vehicle with the assistance of several deputies. Tr. Nadeau placed Thomas under arrest and transported him to AJC. GIBSON was charged with OUI Refusal and Obstructing Government Administration.

Brief Synopsis: Over the course of the 2 days of bad weather Troop B covered 54 Property Damage crashes and 5 injury crashes.

Brief Synopsis: Sgt. Hanson was flagged down by a citizen who reported an unknown subject had pulled into his driveway and while turning around got stuck and he appeared intoxicated.  The 56yr old male operator from New York was found to be heavily intoxicated and was arrested for OUI.  The subject refused an intox and was transported to the jail.

Brief Synopsis:  Tr. Flanagan received information from Mass State Police that a vehicle bearing Maine plates was spotted in a known drug neighborhood and was possibly headed back to the Bowdoinham area.  Tr. Flanagan stopped this vehicle just off I-295 in Portland shortly after and made contact with the two males subjects of Bowdoinham.  After interviewing the subjects and conducting an investigation, he seized the vehicle and brought the subjects down to the Troop G barracks.  A search warrant for the vehicle and subjects was conducted.  Tr. Flanagan and Tr. Wing found roughly 44 grams of Heroin and 11 grams of Cocaine on the two subjects.  A subsequent search of the vehicle was conducted the following day where Troopers found more heroin and cocaine, along with a loaded handgun. The subjects were charged with Aggravated Trafficking Schedule W drugs (Class B). Tr. Wing, Det. Royle and Cpl. Russell assisted in the investigation.

Brief Synopsis: On 1/20/2020, Tr. Willard stopped a vehicle on Route 126 in Sabattus for multiple defects.  The passenger of the truck, Nicholas Mackenzie (38) of Chelsea was arrest on two warrants.

Brief Synopsis: On 1/23/2020, Tr. Willard stopped a vehicle on Route 136 in Durham for following to close. The operator, Darrell Parker (30) was charged for OAS.

Incident Type:         operating without a license

Brief Synopsis: On 1/5/2020, Tr. Willard stopped a black Mercedes-Benz on 126 in Sabattus for multiple vehicle defects.  The operator, Nicholas Herbert, had a revoked Massachusetts license. He was summonsed for Operating Without a License and released.

Brief Synopsis: On 1/6/2020, Tr. Willard stopped Douglas Marchyshyn for 84 mph in a posted 50 mph zone.  He was summonsed for Criminal Speed and released.

Brief Synopsis:  Tr. James responded to a 2-vehicle crash on the off-ramp of exit 15 northbound. Dustin Jewett (37) of China was found to operating a vehicle while driving with a habitual offender revoked status. Jewett was charged accordingly and released to a license driver.