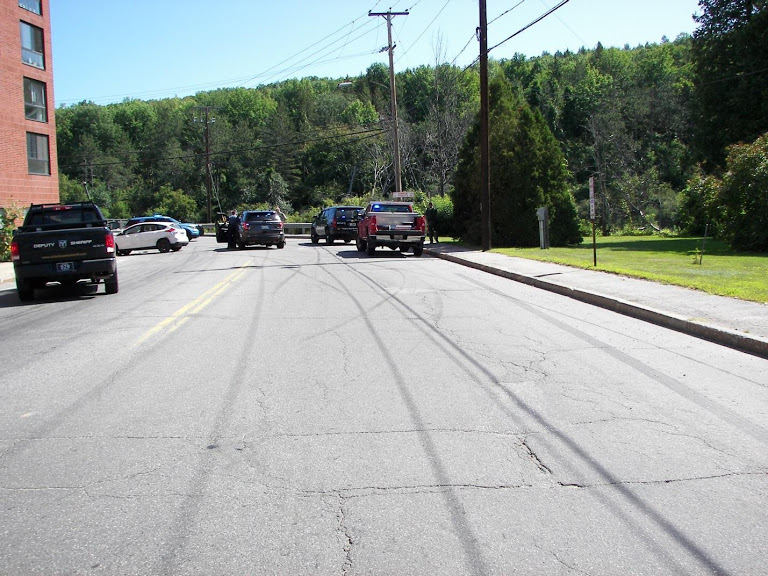 A Dixfield man faces charges after leading police on a 43-mile chase through Oxford County Sunday morning, after he pointed a gun at another man outside a Dixfield convenience store. Dixfield and Mexico Police, Oxford Sheriff's deputies and State Troopers were involved in the chase through eight towns from Mexico to Woodstock and back to Rumford.

At about 10:30 a.m. on Aug. 25, 2019, Dixfield Police responded to the initial call of a man with the gun and notified other police agencies of the vehicle involved. A short time later Mexico Police spotted the vehicle; it refused to stop and the chase began.

Troopers were called to assist with the pursuit during the last eight miles of the chase. After avoiding a set of spike mats Troopers were able to end the pursuit with the PIT maneuver at the intersection of Congress St and Rt 108 in Rumford.

Zachary Yahn, 27, of Dixfield, was arrested and is expected to be charged with Criminal Threatening with a dangerous weapon and eluding a police officer. Other charges are likely. He was taken to the Oxford County Jail