Home → About Us → Commissioners 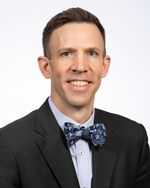 Philip L. Bartlett II, J.D., was appointed to the Maine Public Utilities Commission in June 2019 by Governor Janet Mills. Prior to his appointment, he practiced law with Scaccia, Bartlett & Chabot. He also served in the Maine Senate from 2004 to 2012 and was elected by his peers to serve as Senate Majority Leader from 2008 to 2010. Bartlett chaired the Energy, Utilities and Technology Committee as well as the Joint Select Committee on Maine's Energy Future and he served on the Government Oversight Committee, Natural Resources Committee and Labor Committee. He taught micro and macroeconomics at the collegiate level. Chairman Bartlett holds a juris doctorate degree from Harvard Law School. He completed his undergraduate work at Tufts University, where he graduated Summa Cum Laude majoring in Economics and Political Science. His term expires in March 2025. 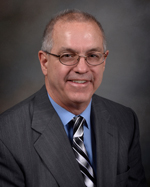 Randall D. Davis was appointed to the Maine Public Utilities Commission in September 2017 by Governor Paul R. LePage. Prior to his appointment, Davis served as the area operations manager for energy at Sappi's Somerset Mill in Skowhegan, where he has worked since starting with the company in 1978. During his career at Sappi, he has been promoted numerous times to management positions overseeing various aspects of the manufacturing process. Prior to his tenure at Sappi, Davis was a systems engineer for Exxon Chemical working in New Jersey, Louisiana, Texas and England until his decision to return to Maine. Davis graduated from the University of Maine in 1976 with a Bachelor of Science in Chemical Engineering. His term expires in March 2023. 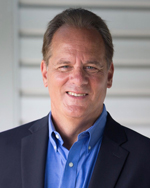 Patrick Scully, Esq. was appointed as Commissioner to the Maine Public Utilities Commission in June 2021 by Governor Janet Mills. Prior to his appointment, Scully was employed with Berstein Shur, where he spent his 36-year career as a municipal, energy and utility regulatory attorney. He was named CEO of the firm in January 2014 and retired at the end of 2019. He has a BA degree from Dartmouth College with a major in Biology and Environmental Studies and he earned his JD degree, magna cum laude, from the University of Maine School of Law. He is recognized by Best Lawyers in America and Chambers USA for his energy law and administrative law work and is AV-rated by Martindale-Hubbell. His term will expire in March of 2027.