On Saturday May 14, 2022 at approximately  5:00 p.m. Maine State Police responded to a single vehicle motorcycle crash in Crawford. Initial investigation determined that the driver 64-year-old Brian Colby of Bucksport and his passenger 41-year-old Brandi Rossell of Hudson were traveling southbound on Route 9 in Crawford when Colby lost control of his motorcycle. Colby and Rossell both suffered serious injuries and were transported to a local hospital. Maine State Police Troopers continue to investigate the crash. 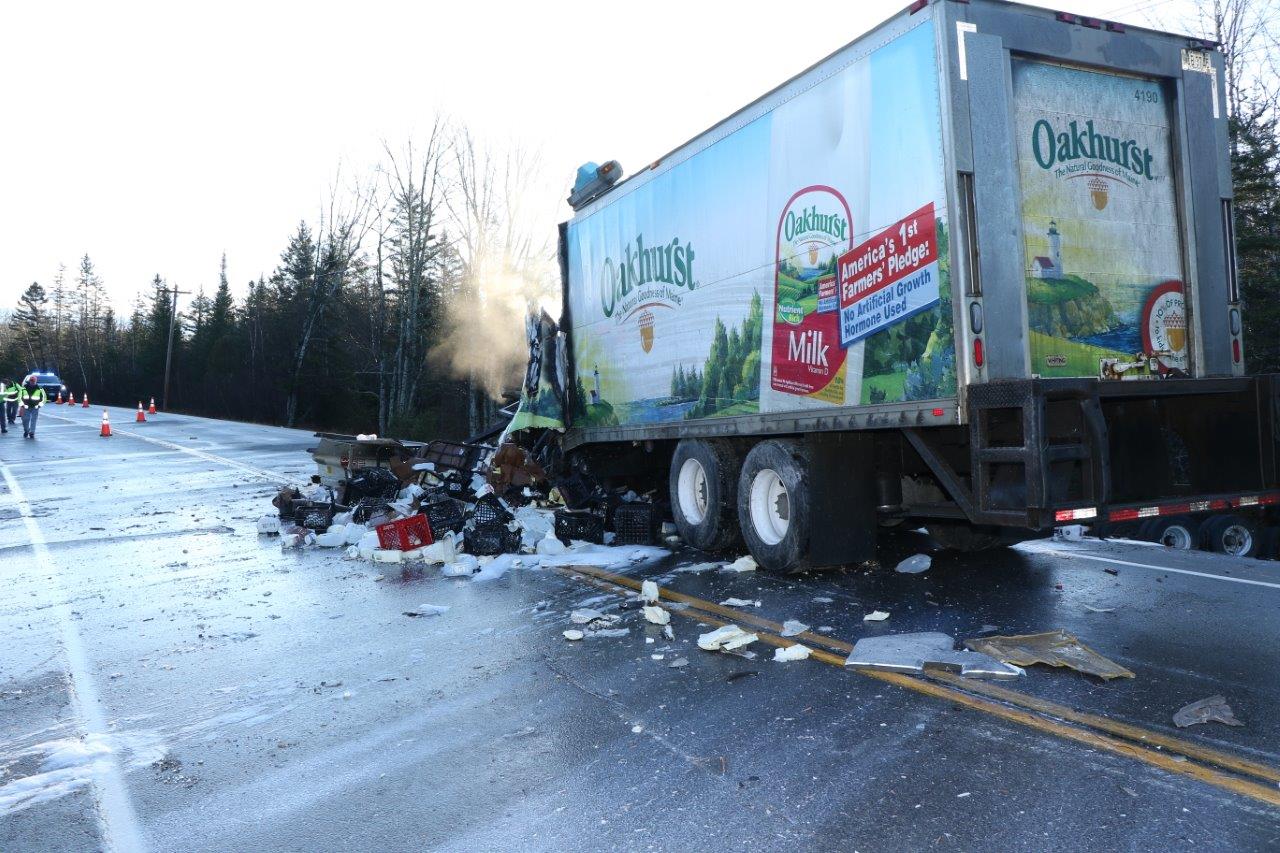 Maine State Police are investigating a fatal crash that occurred in Crawford.

On Nov. 16, 2020, at approximately 5:56 a.m., Maine State Police responded to a fatal crash on Route 9 in Crawford involving a 2012 Freightliner tractor trailer, owned by Krisway Truck Leasing, hauling tissue paper and a 2016 Freightliner three axle box truck hauling Oakhurst milk, also owned by Krisway Truck Leasing.  The operator of the milk truck was deceased at the scene.  The Freightliner tractor trailer was driven by Nicholas Cota, 20, of Greenfield Township.  Cota was driving west while the Oakhurst truck was travelling east, and the collision occurred in the eastbound lane.  Failure to maintain the proper lane and speed appear to be factors in this crash. While we have tentatively identified the driver we will not be releasing a name until a positive identification has been made by the Medical Examiner.

Maine State Police are investigating a serious crash that occurred on Route 9 in Crawford that shut the road down for several hours at approximately 6:30 a.m., on Nov. 16, 2020. The road remains closed, and traffic is being detoured by Maine DOT through Route 1 in Baileyville and Route 192 in Wesley. This is an active scene and more details will follow. This is all the information being released at this time.