On Friday, May 20, 2022 at approximately 10:07 p.m. the Augusta Regional Communications Center received complaints of a black Dodge Ram operating erratically northbound on I-95 in Pittsfield.  That information was passed to dispatchers at the Bangor Regional Communications Center who put out a general broadcast. A Warden who was in the area spotted the vehicle and activated his emergency blue lights. At first, the operator, later identified as 33-year-old Barry Hall of Jay, started to pull over before speeding off at a high rate of speed.  The Warden believing Hall was impaired, began to pursue the vehicle northbound on I-95 before losing sight of him.

An officer with the Hampden Police Department located the vehicle on Western Avenue in Hampden and attempted to stop Hall, but he failed to stop. A State Police Trooper picked up the pursuit on Western Avenue as Hall continued to travel at high rates of speeds. Hall blew through the intersection of Mayo and Kennebec Roads and drove his vehicle into the woods where he fled away from the scene. He has not been located.

A warrant has been issued for Hall’s arrest on the following charges: Eluding an Officer, Operating after Habitual Offender Revocation, Driving to Endanger, Criminal Speed and Violation of Bail.

If anybody has information about this case or the whereabouts of Hall please contact State Police Troop E at 207-973-3700. 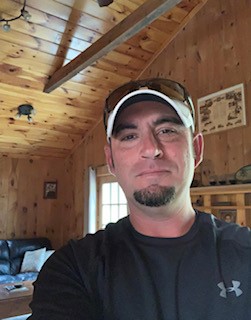 Trooper Nathan Jamo from Troop B is asking for the public’s assistance in locating Robert L. Robinson Jr., 39, of Greene, Maine. Robinson is currently wanted on felony domestic violence charges after he assaulted a woman.

If you come into contact with Robinson or can provide additional information, please contact the Maine State Police at (207) 624-7076.

The Maine State Police is requesting the public's assistance in locating a wanted felon, Shain Johnson, who recently stole a vehicle and is wanted on multiple bail violations.

Johnson is known to stay on both Lisbon Street in Lewiston and Jackson Street in Sanford. He is currently wanted on seven (7) active sets of bail conditions for crimes including multiple felony thefts, multiple burglaries, illegal possession of a firearm by a prohibited person, and violating conditions of release. Johnson was alleged to be involved in numerous burglaries over the last few months.

Johnson is currently wanted for another felony burglary that he committed recently. While he was being sought for this warrant, Wells Police Department took a complaint yesterday where Johnson allegedly stole a vehicle. The stolen vehicle is a red 2000 Toyota Celica with aftermarket rims and a Maine registration of 7066XF.

Johnson is known to carry firearms, and should not be approached by the public. If anybody knows the whereabouts of Shain Johnson or the stolen vehicle, you are urged to contact the Maine State Police, your local Sheriff’s Office, or your local Police Department.

You CAN remain anonymous- https://www.maine.gov/dps/msp/about/report-crime/troop-a