MSP responds to incident on 295

On Wednesday, January 19, 2022, at approximately 3:35 p.m. Maine State Police responded to an incident on 295 southbound in Richmond at Exit 43. Upon arrival, Troopers discovered a Freeport man had jumped off the 295 overpass striking the windshield of a tractor-trailer that was traveling southbound on 295. The driver of the tractor-trailer was able to stop the truck at the entry of the Exit 43 southbound onramp. The man was pronounced dead at the scene. The driver of the tractor-trailer who is from Pennsylvania was transported to the hospital with non-life-threatening injuries. Both lanes of traffic southbound were shut down temporarily. Both lanes have since reopened.

Our thoughts go out to the family of the deceased and the driver of the tractor-trailer.

If you are concerned about yourself or someone you know please call the Maine Crisis Hotline at 1-888-568-1112. Someone is available 24 hours a day, seven days a week. 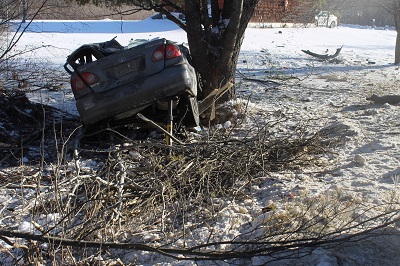 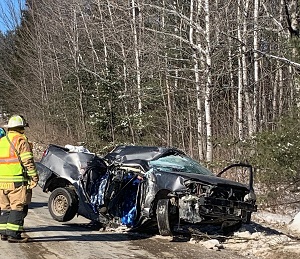