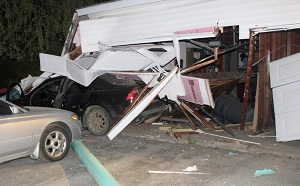 On Saturday, May 14, 2022, at approximately 10:00 p.m. Maine State Police Sgt. Aaron Turcotte attempted to stop a vehicle that was traveling from Hermon inbound towards Bangor on Route 222/Union Street for traveling more than 100 MPH. The driver of the 2011 Ford Fusion failed to stop and after it started making dangerous passes, Sgt. Turcotte out of an abundance of caution made the decision to terminate the pursuit. The suspect vehicle was later found crashed into a garage on Randolph Street in Bangor and the driver had fled the scene. An investigation determined that the driver of the car was 19-year-old Preston Kay of Brewer who had a suspended driver’s license and active outstanding warrants for his arrest. Police located Kay hiding inside the garage. He was taken to Northern Light Eastern Maine Medical Center with minor injuries. Kay has since been released from the hospital. He has been arrested and charged with Eluding an Officer, Operating Under the Influence, Operating after Suspension, and Criminal Speed. 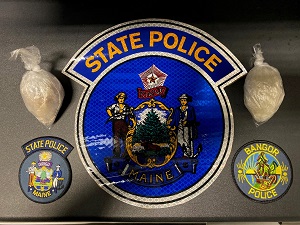