Maine’s LGBTQ+ Youth Make Up A Significant Percentage of Students

LGBTQ+ young people are a growing population of students in our schools. Data reports from the 2019 Maine Integrated Health Youth Surveys (“MIHYS”) show:

High school students report that they identify as lesbian, gay, bisexual or unsure at rates from 13.5% in Piscataquis County to 18% or over in Hancock, Oxford and Sagadahoc Counties. The proportion of young people identifying as transgender or unsure was at least 2.3% or more in 4 counties (Aroostook, Knox, Washington and York), 3% or more in 11 counties, and 4.5% in Knox county.

Maine has a significant population of LGBTQ+ students, as well as students unsure of, and questioning, their sexual orientation or gender identity. This growing demographic of students is one that deserves recognition and safety in our schools.

*Note: MYIHS combined percentage data below does not include the percentage of students who identify as gender non-conforming, non-binary or are unsure of their sexuality or gender identity

In Maine we know that Every student deserves a safe and equitable school environment and this is a value reflected in our state's non-discrimination laws. We know that students who report feeling safe and connected to their schools are more successful in meeting academic and life goals.

Maine's non-discrimination laws, which apply to all schools, are about equal opportunity and a level playing field for all students.  As much as they are about legal rights, these laws are a commitment to each student, and set a framework for building inclusion and defining a school’s values. Laws deter harassment and bullying and build awareness and understanding, helping to channel the school’s policies and values into a positive school culture that benefits all students. 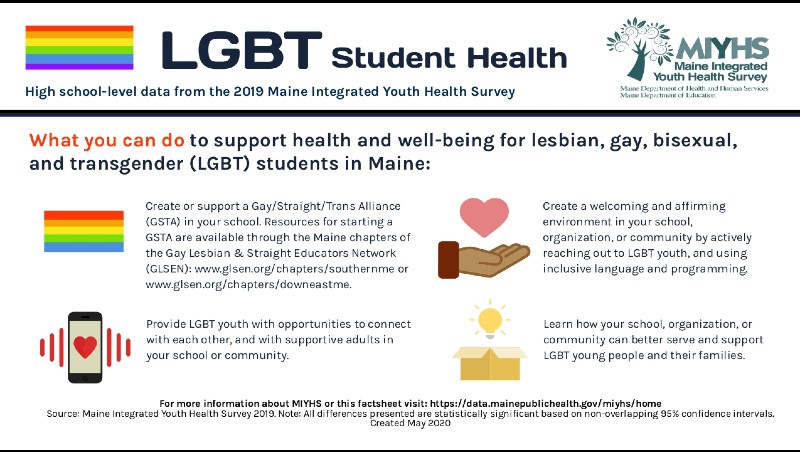 Maine data also shows that LGBTQ+ youth -- who represent every type of family and demographic in this state, including indigenous and tribal populations -- are bullied and/or harassed more often than other students (33% compared to 8% for all students). Research shows that this disproportionate impact on LGBTQ+ students is directly related to their experience of pervasive, negative cultural stigmas and stereotypes created about their identity, compounded with less acceptance and support from their friends, family and community than their non identifying peers.

While LGBTQ+ students may report more anxiety, depression and mental health barriers than their peers, being LGBTQ+ itself, is NOT a mental health illness. Today, it is recognized by every authoritative medical and mental health association throughout the world that having a non-heterosexual sexual orientation or attraction, or a gender identity different from the sex assigned at birth, is part of the normal spectrum of human experiences. Decades of scientific research has shown that variations in sexual orientation and gender identity are not a mental illness and we now understand that an individual’s sexual orientation and gender identity develop at a young age and are not susceptible to change from coercion. If fact, recognizing the traumatic history of LGBTQ+ youth being subject to the practice of "conversion therapy", in 2019 Governor Mills signed legislation banning the practice in the state of Maine.

Students and their families who are part of the LGBTQ+ community, report negative experiences including: historical oppression, persistent prejudice, discrimination and violence in their everyday lives. The disproportionate impacts to their physical and mental health are symptoms that can result from these experiences. The 2019 Maine Integrated Youth Health Survey (MIYHS) study of Maine students states that, “LGBT students experience disproportionate violence and discrimination at school, at home and in the community.” 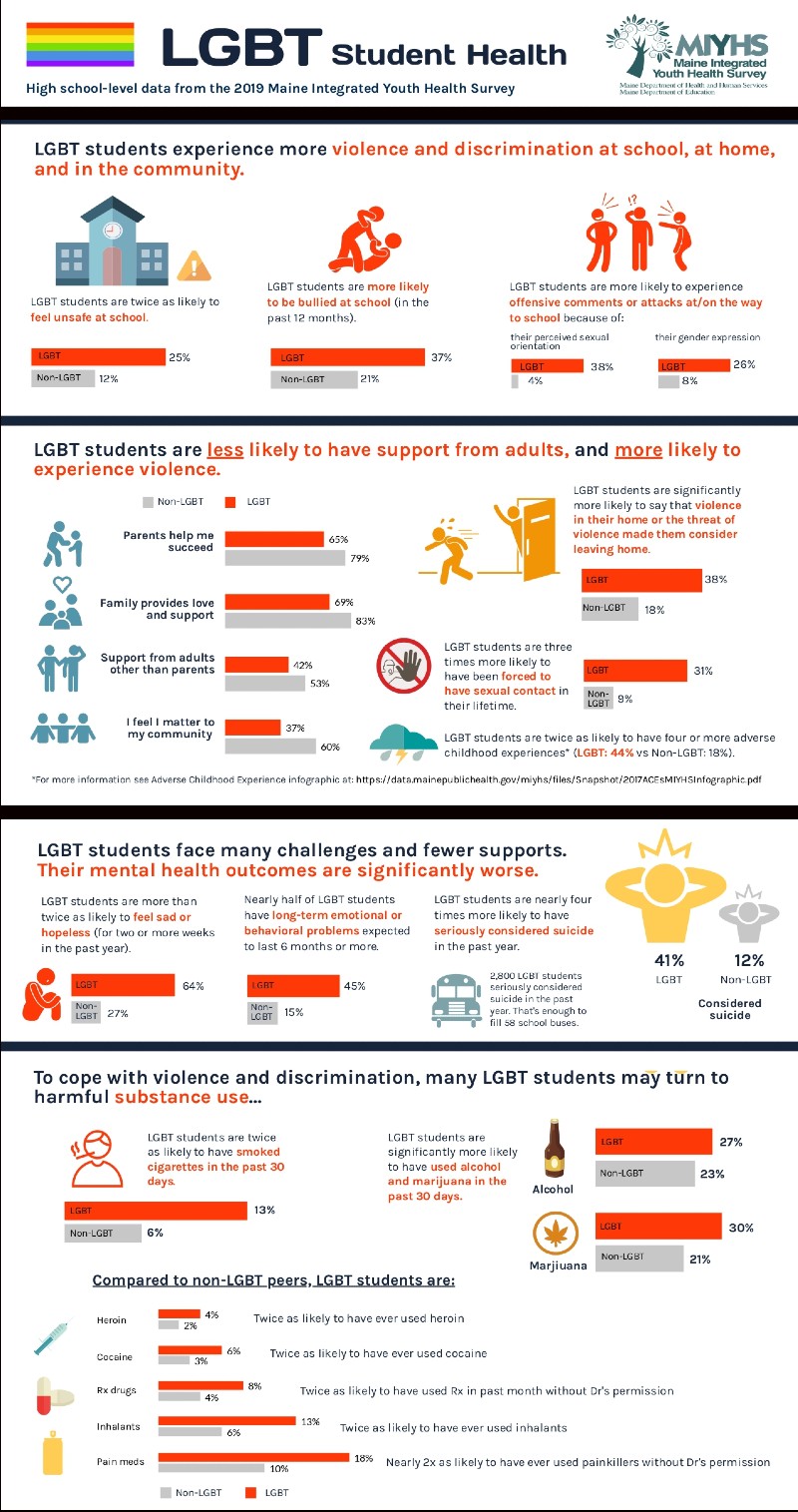 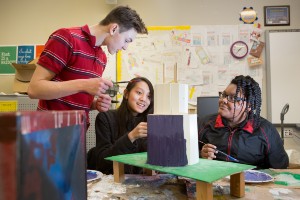 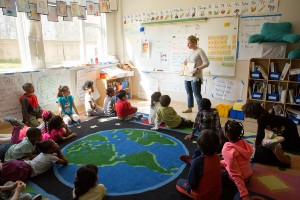 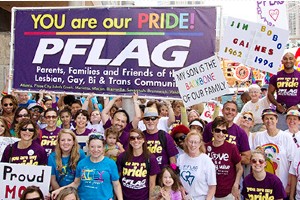