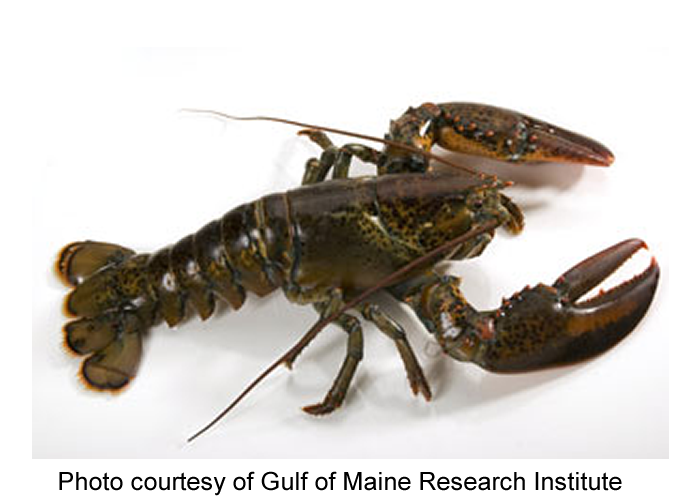 The American lobster, Homarus americanus, is found in its greatest quantity in Maine, but can be found from the Canadian Maritimes to North Carolina. The lobster is a crustacean and lives in the ocean. At present, Maine is the largest lobster producing state in the nation. Early reports suggest that the first lobsters were caught in 1605.

Historically, lobsters were not desired and were thought of as food for the poor. Early Americans used lobster as yard fertilizer and fishing bait. Prisoners and indentured servants complained because they were forced to eat lobsters often. In 1836, the Burnham & Morrill Company, B&M, started to can lobster for sale and distribution all over the world. By the 1920s the demand for lobster started to increase.

A cooked lobster becomes bright red in color, prior to which it is greenish brown with touches of orange and blue. A lobster's shell consists of the three pigments: blue, red, and yellow.

Links to information about lobsters