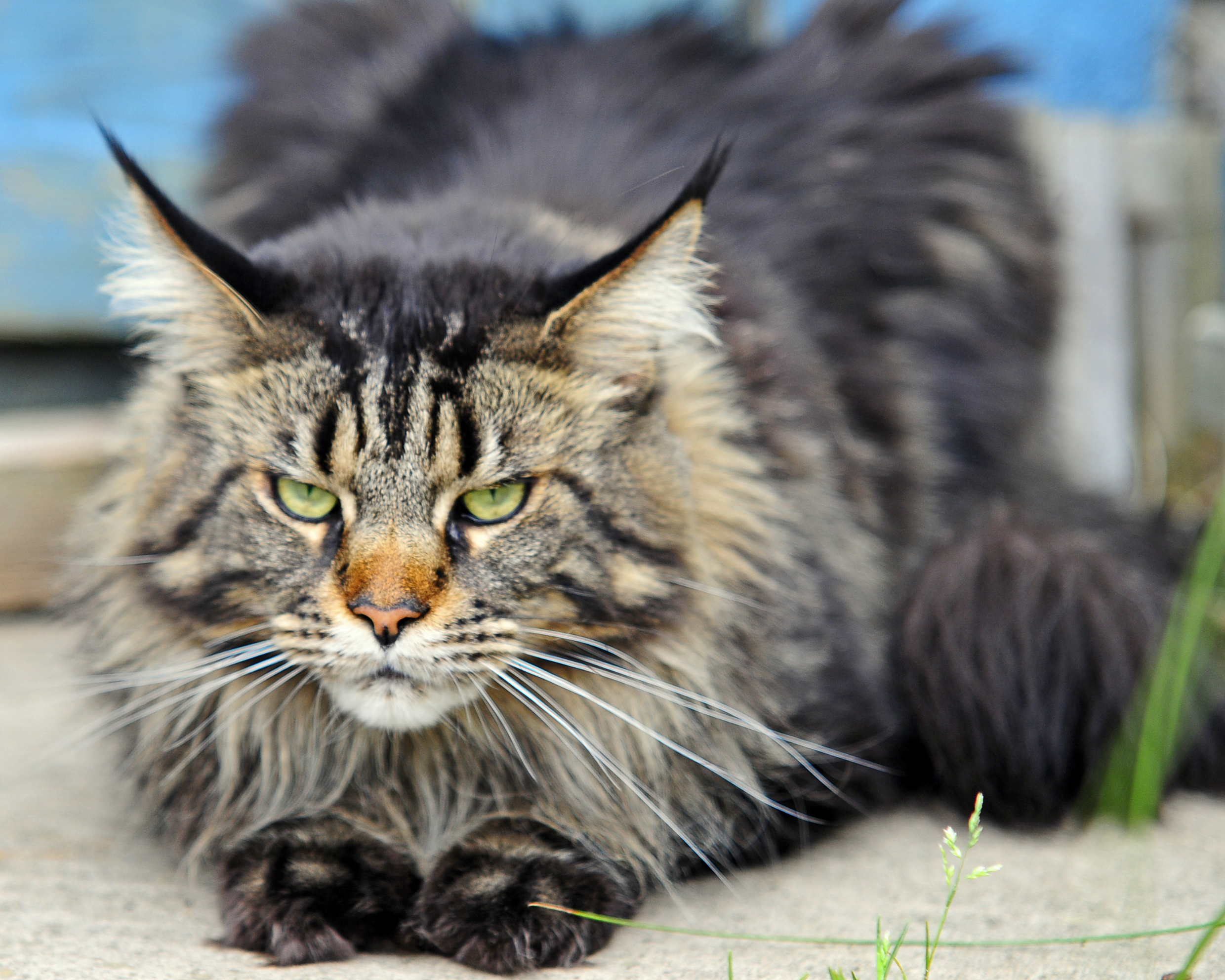 Maine Coon is regarded as a native of the state of Maine. Most Coon Cat breeders believe that the breed originated in matings between pre-existing shorthaired domestic cats and overseas longhairs (perhaps Angora types introduced by New England seamen, or longhairs brought to America by the Vikings).

Maine Coons were well established more than a century ago as a hardy, handsome breed of domestic cat, well equipped to survive the hostile New England winters.

Everything about the Maine Coon points to its adaptation to a harsh climate. Its glossy coat, heavy and water-resistant, is like that of no other breed, and must be felt to be appreciated. It is longer on the ruff, stomach and britches to protect against wet and snow, and shorter on the back and neck to guard against tangling in the underbrush. The coat falls smoothly. The long, bushy tail which the cat wraps around himself when he curls up to sleep can protect him from cold winters. His ears are more heavily furred (both inside and on the tips) than many breeds for protection from the cold, and have a large range of movement. Big, round, tufted feet serve as 'snow shoes.' Their large eyes and ears are also survival traits, serving to increase sight and hearing. The relatively long, square muzzle facilitates grasping prey and lapping water from streams and puddles.

Maine Coon Cats are tall, muscular, big-boned cats; males commonly reach 13 to 18 pounds, with females normally weighing about 9 to 12 pounds. Maine Coons don't achieve their full size until they are three to five years old. Their voices set them apart from other cats; they have a distinctive, chirping trill.