I recently read an article by a female colleague celebrating women in science and how far we have come in how we are treated. Yes, we have made great progress, yet nearly every day I am reminded how far we must go.

I work in a male-dominated field. My agency is 140 years old, yet I am the first woman to hold the position of commissioner.  On my journey to Commissioner, I tolerated or accepted behaviors and comments because I was so happy to have my job, and I didn’t want to make waves or be thought of as troublesome. It was easier to just put up with it than risk stalling my career.  Plus, I was one of only a few women, and I didn’t realize how common these behaviors were.  I never said a word. To anyone. 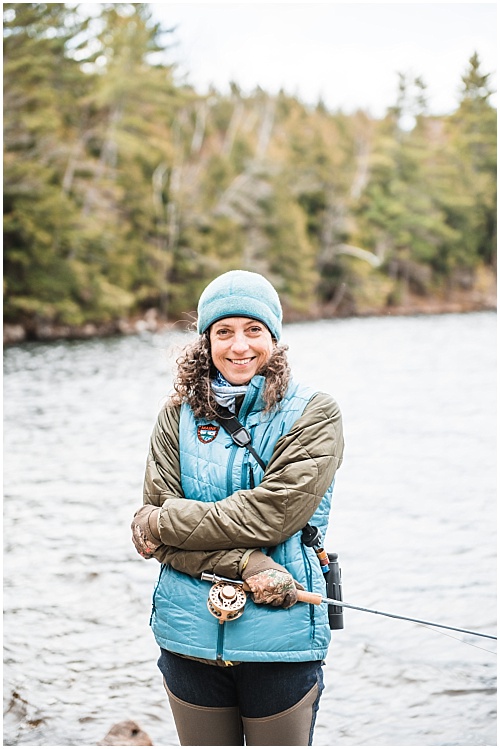 I was told I was “too aggressive, not aggressive enough, too emotional, too cold, a downer, too much of a cheerleader, too pretty, too girly, not strong enough”.  I’ve overheard crude sexual remarks when I walked out of rooms.

Once I achieved my dream job, Commissioner of the agency I love, I assumed the comments and behaviors would stop. They don’t. They even seemed more common.

As Commissioner, I wasn’t worried about stalling my career anymore, so I started talking to colleagues in other agencies and other women in my agency.  I learned pretty quickly how pervasive this is across so many fields.  I realized I am not alone.  And this is not unique to Maine, or this agency. I’ve talked to many groups about my priorities for my agency, one of them being to encourage more women into this profession, and each time after the talk I have had men and women tell me similar stories that happened to their mother, or daughter, or wife, or sister.

I talked to a colleague at US Fish and Wildlife, and she relayed her own similar experiences. She encouraged me to join Women in Wildlife, a group within the Association of Fish and Wildlife Agencies. This month I virtually joined 60 other women, and we discussed the challenges we face. It is a relief and shock to hear others share the same stories. You can even find published research on the discrimination women leaders in wildlife endure. We spent almost a half hour talking about how women are told they shouldn’t dress up, or look too feminine, or they won’t be taken seriously.

I am grateful most people I interact with are professional and respectful, but it is those few in number whose comments and actions demoralize and degrade you. They make you question yourself and your abilities.

It is so common, there is now a term for these comments. Microagressions, formally defined as indirect, subtle or unintentional discrimination. We endure these because they don’t seem egregious enough to say anything.  The term infuriates me. These behaviors and their impacts are anything but “micro”.

There are endless examples, sadly I still experience them regularly.  Before Covid, I was at a banquet when one man asked if I would sit on his lap during dinner. I smiled and walked away, furious, but I didn’t know how to handle it, and I was too polite to call him on it. Another time I was taking notes during a meeting and a man said “I’m glad to see you taking notes, I know you are smarter than you look.” I was silent because he had driven a long way to meet me and I didn’t want to be rude.

In another meeting with a group of local leaders, and as I started to speak, one man actually turned his back to me and started talking over me. At first, I thought he didn’t hear me, so I continued, yet he continued to talk over me… Until I stopped talking and stared at him. He said “I’m sorry, I wasn’t listening.” I smiled and said “I know. This meeting is over. I trust you can see yourself out.” Finally, what was going through my head came out of my mouth.

I’ve heard so many stories from other people; how women adjust and accept these comments and behaviors. Just last week it came up in a meeting with the Maine Chapter of the Wildlife Society.  We all agreed that we need to start talking more openly about this issue. Silence is not an option.

I have two requests for everyone. And a promise.

First, call out inappropriate behavior when you see it, regardless of your gender, rank, or seniority; speak up.  Help the person who is being bullied, harassed, or demeaned.  Silence normalizes this behavior, allowing it to spread. By not saying anything early in my career, I helped perpetuate this and did a disservice to all people following me in their careers. Be part of a community that builds a culture of inclusion, and embraces our differences.

Second, be a role model, a mentor. We must support and encourage each other. Support, whether in the form of calling out inappropriate behavior, or through a supportive ear, will make a difference. Take time for people just starting out in their careers.  Those of us who are further along in our careers can learn a lot from people just entering theirs.  Take someone under you wing. We all must be role models, mentors, and advisors.

And as Commissioner, I promise to promote an agency of inclusion, of professionals, where everyone has a voice, all are heard, and each individual is treated with respect. Intolerance and indifference are inexcusable.  I promise to support anyone willing to help implement change, and ask that you all join me.