It only takes a quick look into the animal kingdom to see that motherhood comes in many forms. What they all have in common is they do the best they can for their kids! Deer and rabbits spend very little time with their young to keep them hidden and safe from predators, while some birds such as killdeer fake wing injuries to distract predators away from their nest. Bears eat an enormous amount of calories to survive winter hibernation while nursing cubs while some spiders provide nutrition to their young by surrendering their own bodies as food (matriphagy)! There’s more than one kind of mom, and today we’re celebrating all of you! 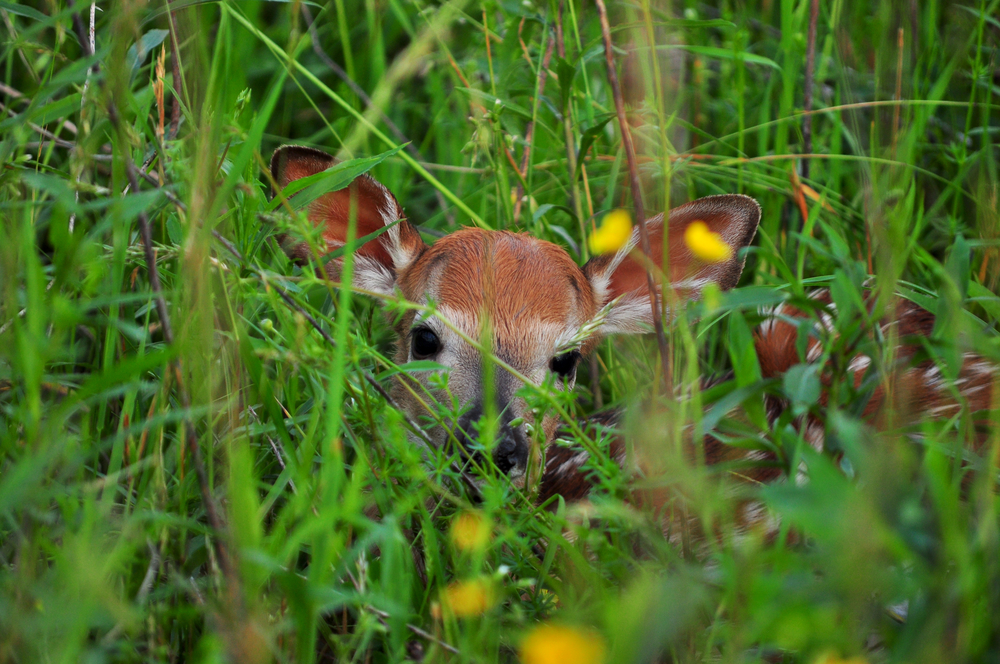 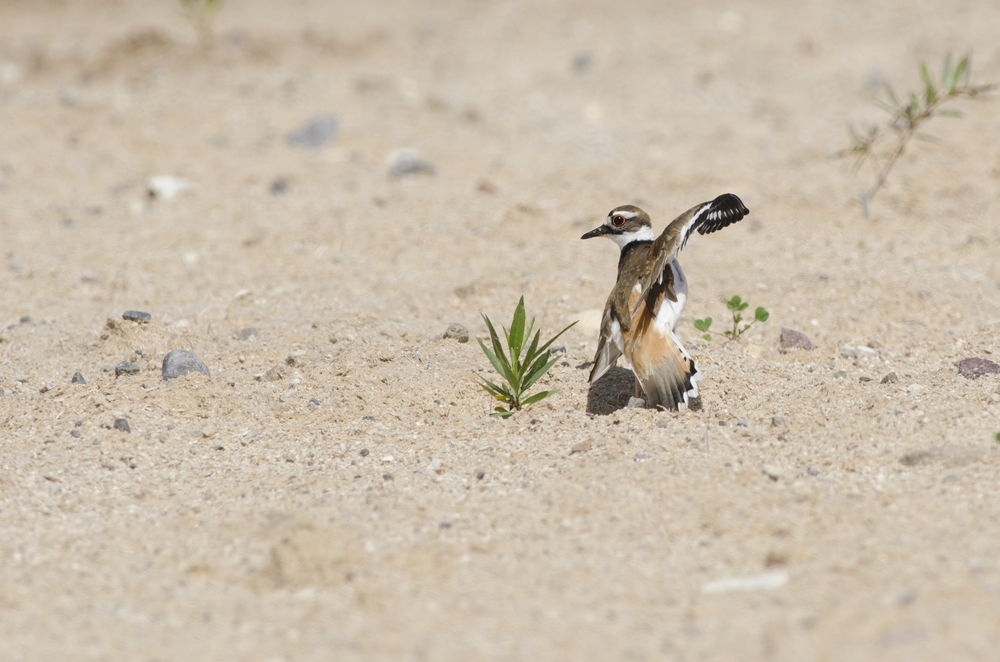 Strollers? Diaper bags? Daycare? Not for opossum moms. Opossums are North America’s only marsupials and have a built-in pouch to carry their young for 2 months. Opossums are born less than 2 weeks after mating. Blind, naked, and barely developed, they must crawl their way into the pouch. Once inside, they will latch on to 1 of the mother’s 13 teats (6 pairs in a horseshoe shape with a bonus teat in the middle) which then swells in their mouth making it irremovable until the young are almost ready to leave the pouch. More than 13 young can be born but only the first 13 to attach will survive (the average is 6-9). When the young are ready to leave the pouch, the heavy lifting isn’t over for this single mom. Another month is spent carrying her whole family on her back before they are ready to be independent. 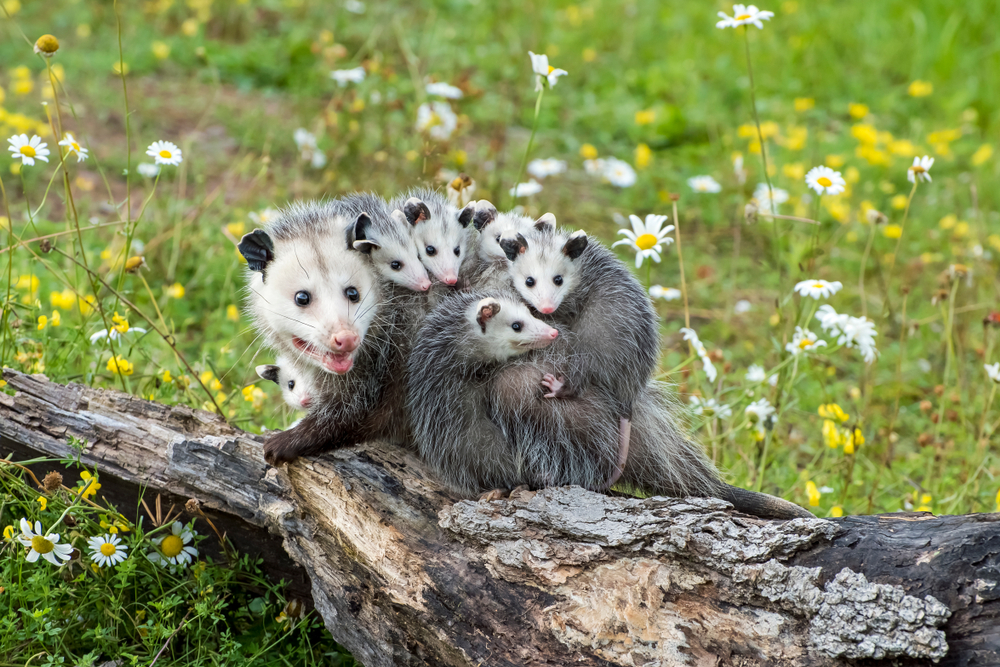 Osprey moms are incredibly dedicated and protective, but they don’t work alone. Osprey pairs are a classic example of monogamous cooperative avian parenting. Like a well-oiled machine, male and female ospreys divide and conquer the responsibilities in raising a family. In their first year as a mated pair, it takes 2-3 weeks to build a nest. The male collects the material for the female who does all the arranging. They often return to, repair, add to, and defend the same nest year after year. Females lay 2-4 eggs and do most of the incubation, but the male will help incubate when the female leaves the nest to hunt. Once the chicks have hatched, duties are divided again. Most of the time the male does the hunting (primarily fish), while mom stays at home to protect the chicks and feed them meals provided by the male. Mom goes back to work hunting when the chicks are old enough to leave the nest and begin learning how to catch fish while both parents continue to supplement their meals for a couple months before migration. 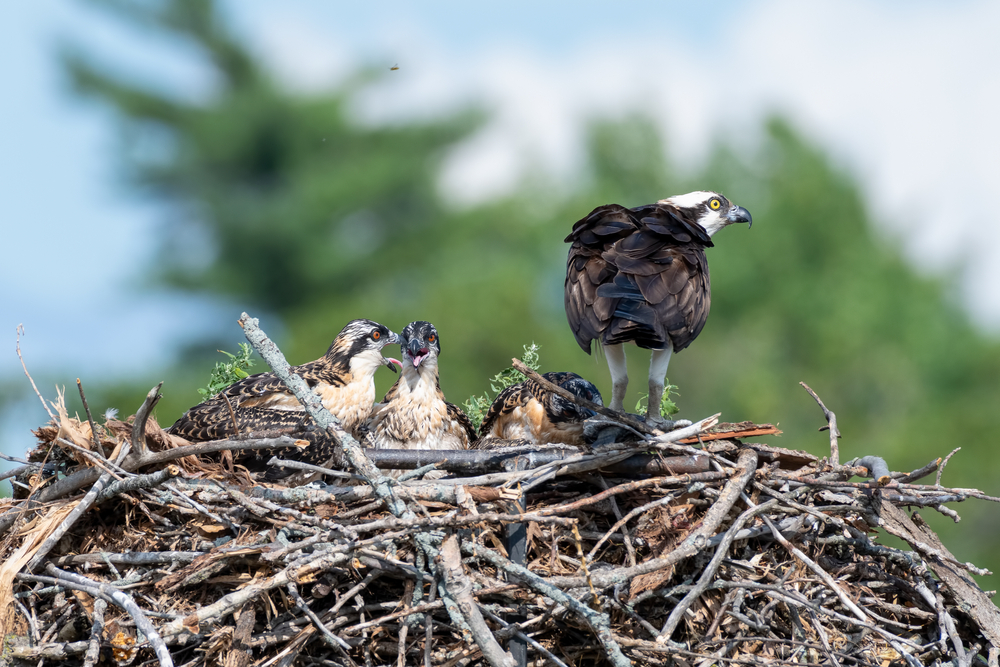 Snapping turtles: “If it ain’t broke, don’t fix it!”

Snapping turtle motherhood isn’t exactly the cuddly nurturing type, but it’s been working for them for the last 60-100 million years so they must be doing something right! Snapping turtles rarely leave the water, but when it comes time to lay eggs in the summer, they may travel as far as 1.9 miles away from their aquatic home to a nesting site. They choose sunny areas with well-drained sandy soil to dig a nest where they will deposit dozens (up to 80) of leathery eggs that look like ping-pong balls. After laying her eggs, mom simply covers them up with soil and heads back to the water, leaving her offspring to rely on instinct and figure out life on their own. The temperature of the eggs during incubation determines if the hatchlings will be males or females. Unattended eggs and newly hatched snapping turtles (measuring in at just about an inch) are extremely vulnerable to predators, but even when only 10% survive, mom has done her job to ensure another generation. 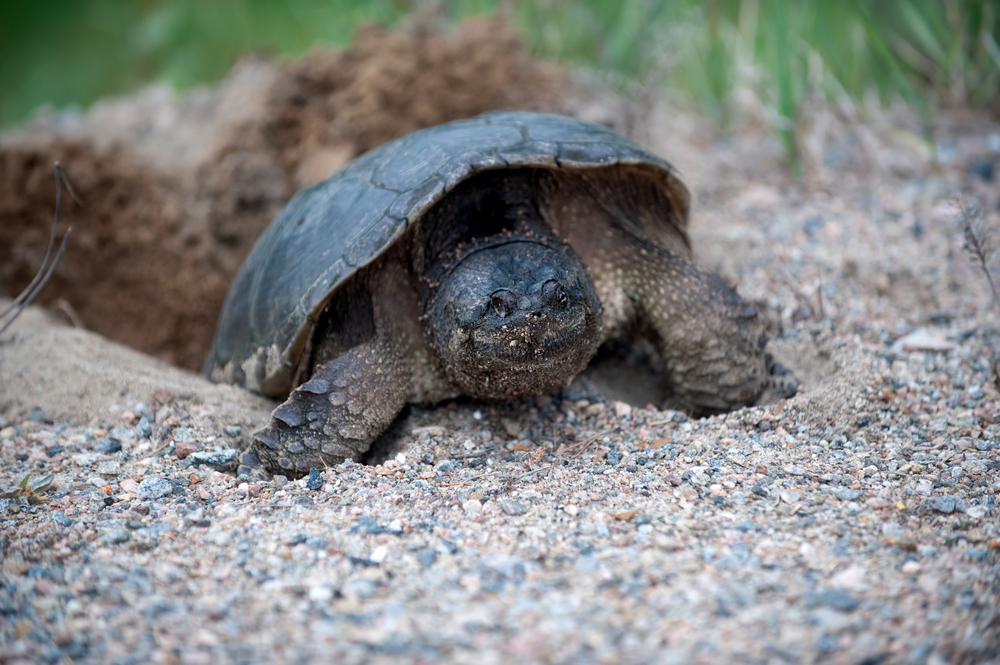 Busy beaver moms balance raising young with their long to-do lists by taking the long-term family support approach. Beavers are monogamous, and pairs often live and breed together for many years, sometimes for life. The more resources a pair has available to them, the more kits they’ll have, at an average of 3-4 per year. Beaver moms take the importance of growing big and strong by drinking milk to the next level, producing milk that is roughly 5o percent fat! Kits are weaned after 10-12 weeks but remain in the family colony (1 breeding pair and kits from the last 2 years) for about 2 years. Mom puts the older kits to work with chores like dam repair, food collection, and lodge maintenance- all important skills to learn. By the end of their second year, kits are kicked out if they haven’t left on their own to start a new colony. 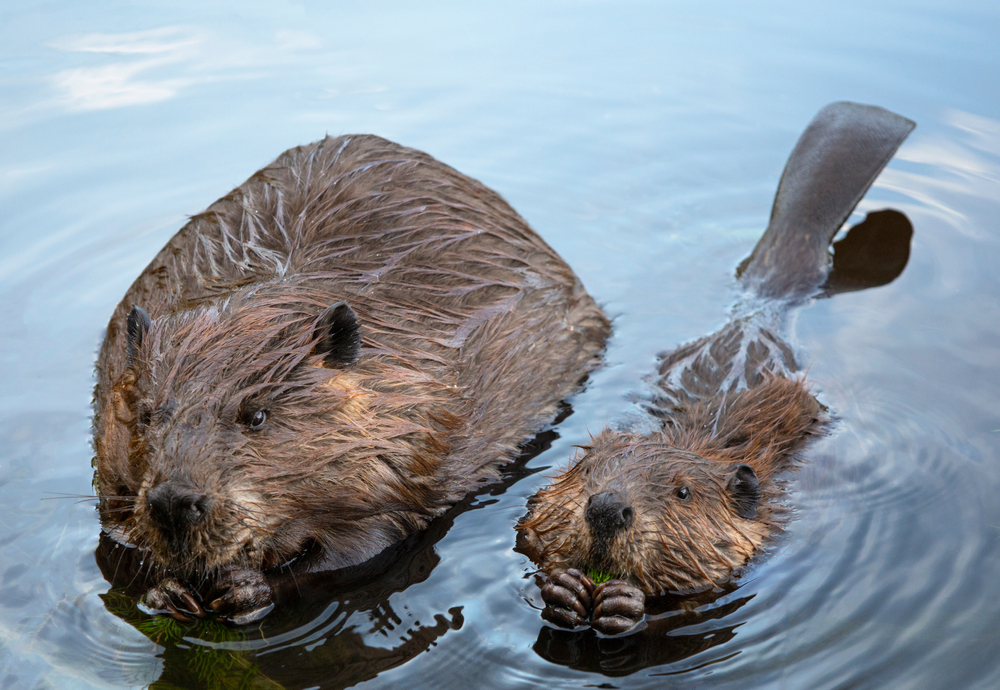 Today is all about the marvelous moms out there, but Maine wildlife has just as many fantastic fathers! Join us next month for a highlight on dads!