With an estimated 90% of baitfish sales occurring during winter, it’s important for anglers to be aware of Maine’s live-bait regulations. Because of the importance of our freshwater ecosystems, we walk a fine line trying to prevent the illegal introduction of harmful fish species while allowing anglers to continue Maine’s cultural tradition of using live baitfish where appropriate. Maine’s native salmonids (landlocked salmon, brook trout, and whitefish) evolved in an environment with very little competition from other fish species for resources. Many Maine anglers have observed the impacts of species like smallmouth bass, largemouth bass, northern pike, and black crappie on native salmonid fisheries firsthand. Moreover, since our river basins drain directly into the Atlantic Ocean, our native fish were likely not exposed to many of the diseases present in the country’s larger drainages (e.g., Mississippi River). 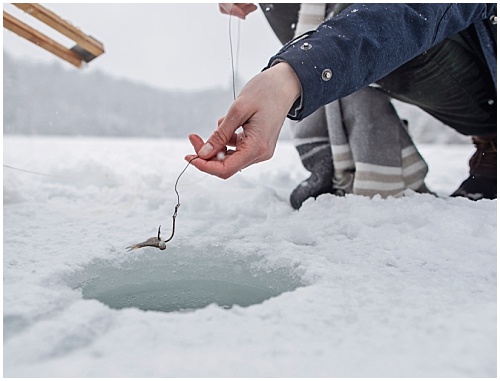 Maine recognized the external threats early on and made it illegal to import live baitfish from other states. In fact, Maine’s ban on baitfish importation was upheld by the United States Supreme Court in 1986 (Maine v. Taylor) which recognized the ecological need to limit introductions of noxious species. Maine has a long history of protecting individual populations with regulations like “Use or possession of live fish as bait is prohibited” or “Artificial lures only”. Recently we went a step further and MDIFW initiated a general law ban on using live fish as bait in Maine’s North Zone, which is the stronghold of brook trout in the eastern United States. However, walking the fine line, the use of live baitfish is still permitted in some waters within the North Zone.

There are 17 species of fish that are legal to use as live bait in Maine shown in the table below. The majority, 11, of these fish are from the minnow family (Cyprinidae) and the remaining species include two suckers (Catostomidae), two killifish (Fundulidae), the American eel (Anguillidae), and rainbow smelt (Osmeridae). Most baitfish are harvested by licensed wholesalers and, as previously stated, these fish must be harvested from Maine waters. Harvested baitfish are sold to anglers by wholesalers and licensed retailers. Recreational anglers are also allowed to harvest their own live baitfish for personal use with standard minnow traps as defined in Maine’s Fishing Laws.

Fish species eligible to use as live baitfish in Maine’s inland waters:

It is illegal to harvest, sell, or use fish species not on the list of eligible species for live bait.

Another critical practice to employ that prevents spreading species is to never dump your bait bucket where fish could get into the water. MDIFW suggests that anglers always dispose of unwanted baitfish on land or in the trash.

Lastly, we try to make our fishing regulations as easy to access as possible. Law books are available at many licensing locations throughout the state. We also produce an online regulation mapping tool of Maine’s special fishing laws and the law book is available online.

You can contact a regional Fisheries Biologists or district Game Warden for help or to report regulation violations.