Skip the bread. Just watch instead!

There’s no shortage of wildlife diversity in Maine when it comes to waterfowl! 11 dabbling ducks, 13 diving ducks, 6 sea ducks, and 4 geese comprise the 34 species of waterfowl found in Maine for at least some part of their annual cycle. Species diversity, gorgeous plumage, entertaining behavior, and adorable babies all make watching waterfowl a popular summer activity! Historically, this outdoor pastime has included feeding ducks and geese, but we now know that this can have serious consequences.

Commonly supplied foods, such as bread, are high in carbohydrates and protein, and have little to no nutritional value for waterfowl. When they fill up on “junk food” handouts they lose motivation to forage for natural foods containing important vitamins. After all, it's easier to order a pizza than prepare a salad, right? Depending on the species, the healthy diet of a wild duck should include aquatic plants, mollusks, crustaceans, insects, acorns, grasses, and/or fish.

Young developing waterfowl are particularly susceptible to conditions such as metabolic bone disease, and angel wing. Birds with metabolic bone disease have weak and/or deformed bones which fracture easily due to calcium deficiency. Low calcium an also affect egg formation, and the cardiovascular system. Several factors may contribute to the condition of angel wing, and it has been linked to high protein diets during critical developmental periods. Such diets promote unnaturally rapid growth, putting stress on the weak muscles and joints in the wings. As the wings develop under this stress, they twist, causing the feathers to permanently point outward, and rendering the bird flightless.

The carrying capacity of a habitat is the number of individuals that can be supported based on availability of resources such as space, water, and food. Artificially increasing carrying capacity through supplemental feeding causes overcrowding. Think of it like a baseball stadium that offers free food to attract more fans but doesn't limit ticket sales to the number of available seats. Dense populations are problematic because it leads to intense competition for resources, more stress, suppressed immunity, and higher rate of disease transmission. Common diseases in waterfowl include botulism, fowl cholera, and duck virus enteritis (duck plague).

Leftover scraps and crumbs at feeding sites attract scavengers like raccoons, skunks, opossums, mice, and rats. Congregation of scavengers creates potential for disease outbreak in their populations as well. 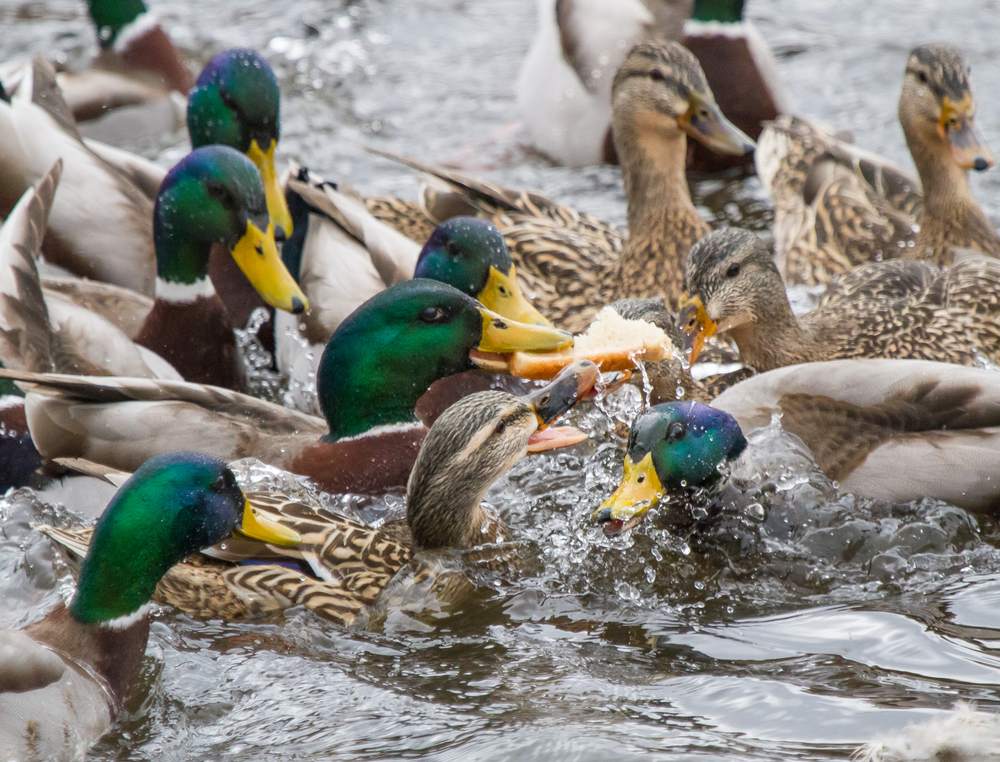 Clean water supports healthy wildlife. Eutrophication is the addition of excess nutrients into a water body, resulting in algal blooms, excessive growth of bacteria, and depletion of oxygen. These conditions can be harmful to wildlife, humans, and pets. Eutrophication is most commonly associated with water polluted by runoff from surrounding heavily fertilized urban or agricultural areas. However, leftover food, and feces from dense waterfowl populations also contributes to the problem by increasing phosphorus, and nitrogen in the water. 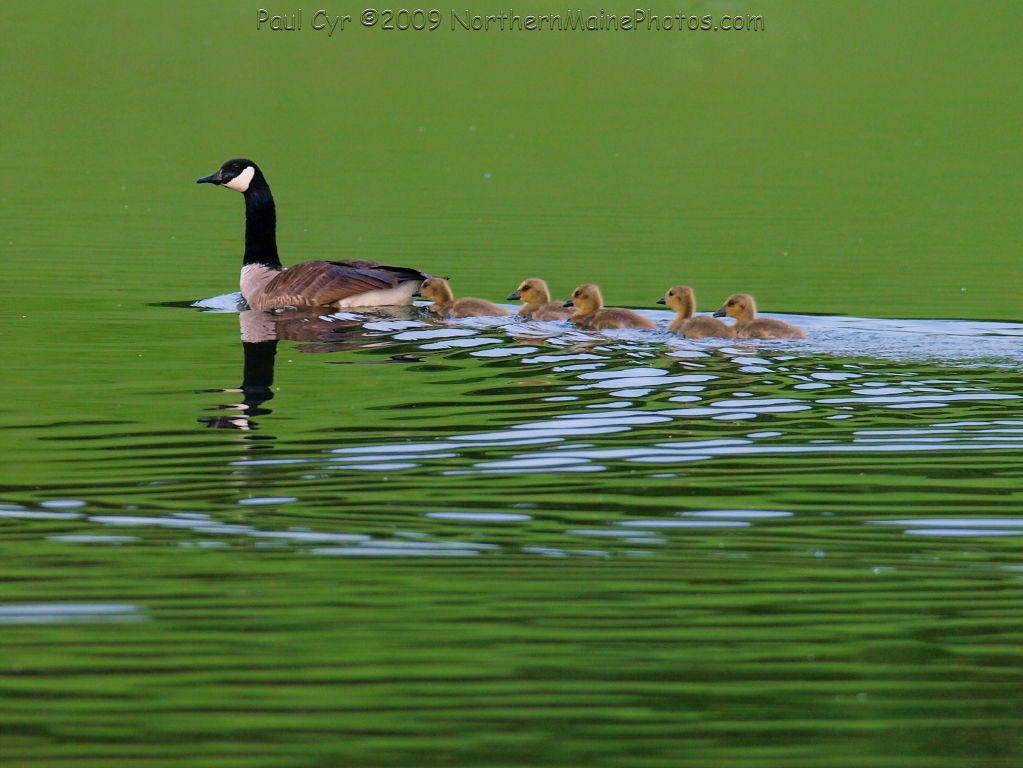 Sure, they're adorable, but regular feeding of wildlife decreases their natural fear of people because of the association with food. Habituation may lead to increased vulnerability to predators, as well as aggressive behavior toward humans. It's much more fun to watch the natural behavior of waterfowl as they fly, swim, dabble, and dive! Close contact also puts humans at greater risk of zoonoses (infectious diseases transmitted from animals to humans).

You can help reduce wildlife conflict, and support healthy wildlife and habitat by appreciating waterfowl from a distance as they forage for natural nutritious foods. Learn more about living responsibly with wildlife at mefishwildlife.com/livingwithwildlife