Lessons from a Lynx

Often referred to as the “Gray Ghost of the North,” due to its perceived elusiveness, the Canada lynx is more fittingly described as calm, aloof, and surprisingly tolerant of human presence. Their long legs and thick-furred paws act like snowshoes to hunt in deep snow and their eyes have mirror-like cells allowing an increase of light available for the lynx to see at night. In addition to these adaptations, the lynx has a keen sense of hearing and smell, making them exceptional predators and equipped at living in deep snow environments.

These unique adaptations make northern Maine an ideal home for this cold-adapted species. Although lynx were listed as Federally Threatened in 2000 in the lower 48 states, lynx have been doing extremely well in Maine due to an abundance of habitat and prey. In fact, the US Fish and Wildlife Service in 2017 recognized Maine as home to the largest lynx population in the lower 48 states and recommended lynx be considered for delisting. Regardless of their status, the Maine Department of Inland Fisheries and Wildlife’s mission to conserve, protect, and enhance Maine’s fish and wildlife remains. With over two decades of population monitoring of lynx, the Department continues to track this unique species, stepping in to assist in the health and well-being of individual lynx when needed. Recently, a unique opportunity presented itself to MDIFW Regional Biologist Allen Starr and Canada Lynx Biologist Jennifer Vashon to partner with a wildlife rehabilitator to ensure a young male lynx was successfully reintroduced to the wild. 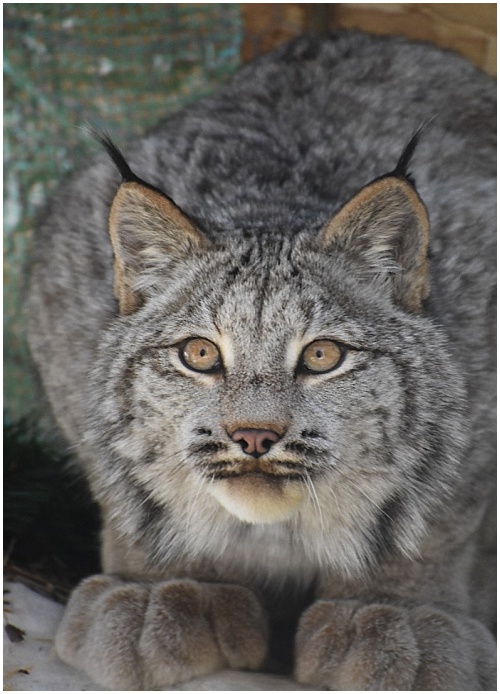 In July 2020, a family was hiking Mt. Chase and came across a lynx kitten crying with no mother in sight. Thinking the kitten had been abandoned, the family took the kitten home, eventually contacting a local wildlife rehabilitator. Unfortunately, this kitten was likely taken from its den while the mother was out searching for food. It’s common for all wildlife to leave their young for a period of time, ensuring they obtain food for their own survival as well as their young’s. 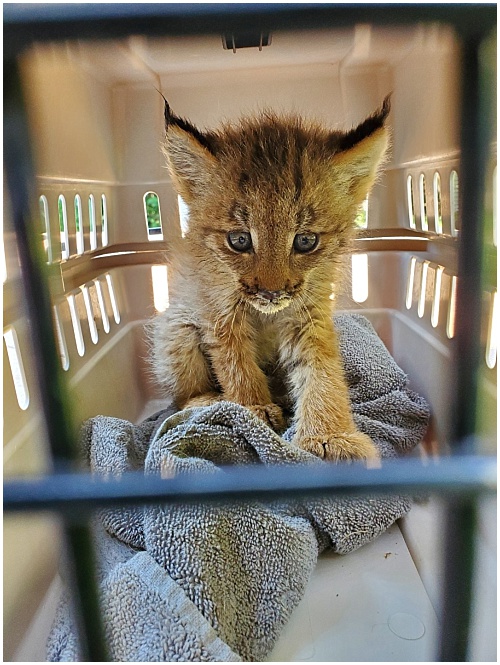 Jen and Allen contacted Wildlife Rehabilitator, Katrina Carstensen, in Otisfield to take on the challenge of raising the young lynx, naming him “Thor” for his large feet, facial ruff, and ear tufts. Katrina has had experience raising and releasing bobcats, so her knowledge was easily translated to the young lynx, keeping human contact minimal with the goal of returning the kitten to the wild. Thor was raised in captivity through his first winter to reduce the possibility of mortality, which is most common in their first year of life, living in an enclosure outside. He was fed over 400 rabbits and quail and required a considerable investment in time and equipment. 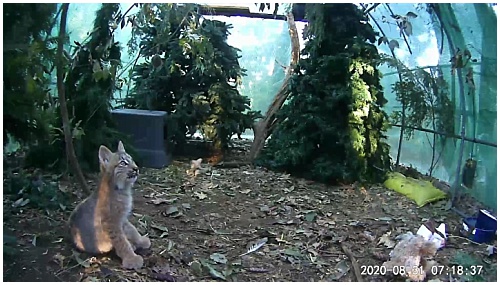 After 10 months, Jen Vashon and Allen Starr traveled to the young lynx to sedate, ear tag, radio collar, and transport him to Mt. Chase for release; releasing him near the location he was taken from. Thor was the first Canada lynx kitten in Maine to be raised in captivity and was fitted with a radio collar to monitor his movements and evaluate his success after the release. 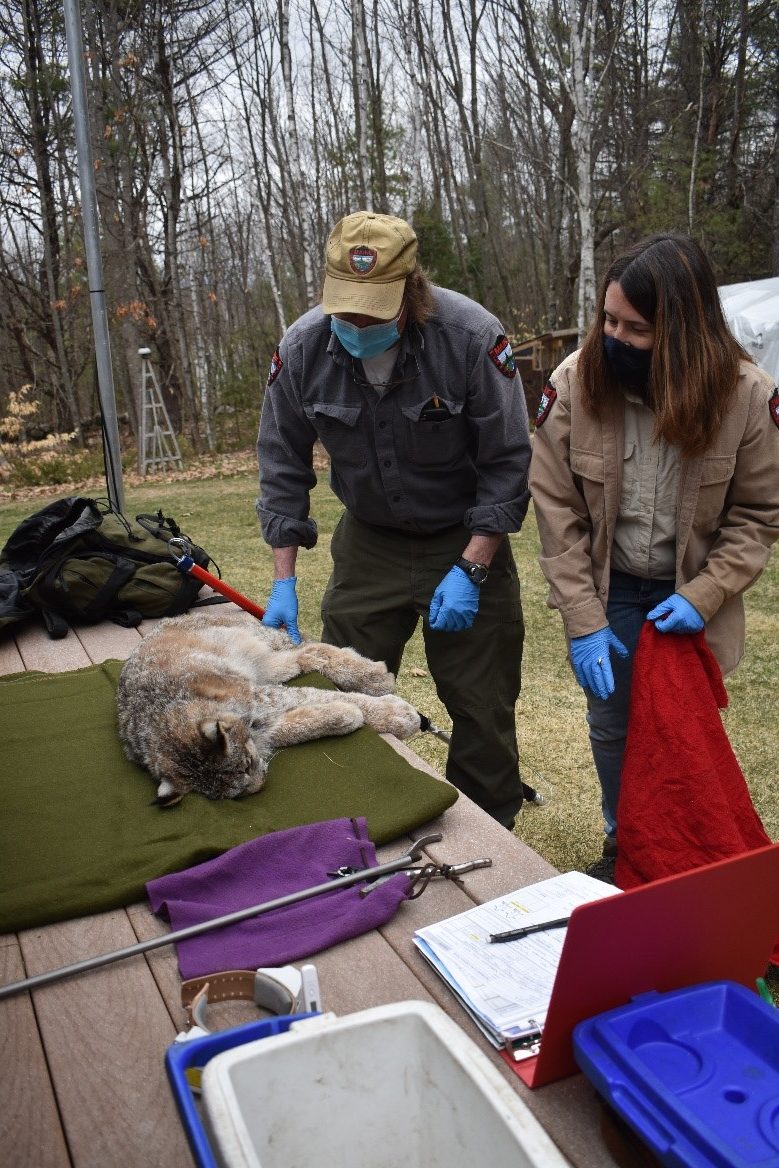 Over the last 20 years, lynx numbers in Maine have flourished in response to favorable forest conditions. Northern Maine’s undeveloped forested landscape, a recent natural disturbance event, and forest management activities set the stage for species recovery. Seeing the “grey ghost of the north” return to strong numbers in Maine is a testament to lynx resiliency and the importance of maintaining large forested landscapes for Maine’s wildlife.

While Thor’s reintroduction to Maine’s forested landscape has been a success, it’s an important reminder that many animals are left for short periods in the spring and summer while their mother searches for food. Never remove a wild animal from the wild. It’s better to assess the situation from a distance and call MDIFW as soon as you can. A state species specialist will take the time to evaluate the situation to ensure young are not inadvertently taken from their mother. If you have pets, put them inside or on a leash so they don’t disturb the young wildlings. Learn more.

Always remember: If you care, leave them there!