The Importance of Regulated Doe Harvest

Regulated doe harvest allows deer managers to maintain deer population levels in line with what the habitat can support and social acceptance levels and ensures healthy deer in good condition. This means managing a deer population to limit negative interactions with people such as deer-vehicle collisions or property damage on farms, avoid deer causing negative impacts to their habitat such as loss of plant diversity and stunted growth of regenerating trees, lower the risk of disease spread, and ensure deer are a healthy weight and showing good reproductive success. 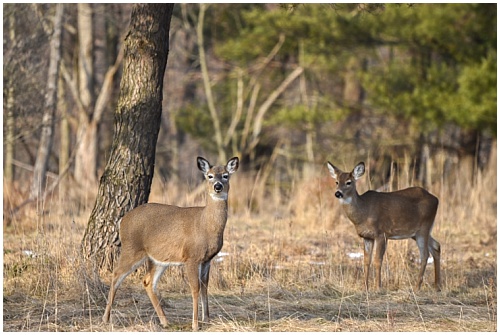 MDIFW regulates doe harvest using the any-deer permit system, where hunters apply for either-sex and bonus (antlerless) deer permits in a lottery. MDIFW has allocated a record number of any-deer permits for 2021 with 153,910. Permit numbers in northern Maine are much lower than in central and southern Maine, and fluctuations in permit numbers in the North are driven largely by varying winter conditions. In southern and central Maine, deer are much more abundant; permit numbers are routinely high, but large fluctuations are increasingly more common and are driven by inability to meet doe harvest objectives in previous hunting seasons. We have routinely been 25% or more below doe harvest objectives in central and southern Maine over the last two or more decades. While we’ve elected to allocate very high numbers of permits this year using the familiar any-deer permit system, we are exploring alternative methods of allocating antlerless harvest opportunity to better meet harvest objectives, and we expect to have changes in place for the 2022 hunting seasons. Learn more about deer management in Maine by watching this video.

Some hunters, even those who receive an any-deer permit, are reluctant to harvest does as they believe it may harm the population.

Here are some answers to common questions and misunderstandings:

By harvesting a doe, am I hurting the deer population?

Harvesting a doe will have a greater impact on the deer population trajectory than harvesting a buck, but this is not always a bad thing. Many areas of the state have high numbers of deer and can easily withstand a considerable amount of doe harvest pressure. In fact, these areas with high any-deer permits need doe harvest to ensure the population stays healthy.

In addition, if you are a hunter that is mostly interested in seeing larger bucks, passing on a young buck in favor of harvesting a doe may allow you to encounter that young buck later on when he’s a bit older and bigger.

Remember, hunters are frontline conservationists helping manage deer populations at healthy levels. Without hunting, Maine’s white-tailed deer population may grow too large in some areas resulting in increased disease risk, poor body condition, more conflict with humans, and population growth that would be difficult to control.

If I harvest a doe that has a fawn born that summer, will the fawn survive on its own?

Fawns are fully able to digest browse at about 2 months of age, though they will often continue nursing beyond this point. Late nursing into October and November is not necessary for the fawn’s survival and likely has as much to do with social bonding as nutrition. While most fawns do not need their mother’s milk even during the early hunting seasons such as expanded archery, the extra set of mother’s eyes are helpful for survival; however, an extra set of eyes is always helpful, this is not specific to does and their fawns. 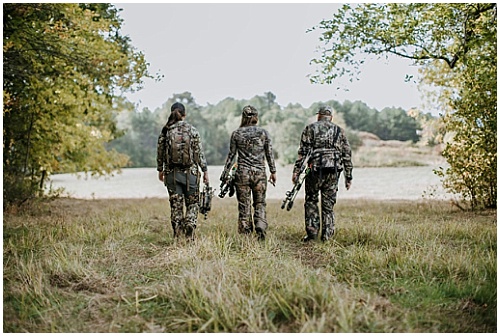 Should I only harvest does early in the season so that I’m not harvesting does that have been bred?

If I harvest a doe, does that mean the bucks will no longer stick around my hunting area?

Harvesting a doe out of an area isn’t going to make the bucks in an area all leave. Hunting pressure, on the other hand, is something you should always keep in mind. Consistently hunting the same spot or on a small parcel every day may change deer patterns making them much more difficult to find during daylight hours. If you hunt a small parcel, try to avoid hunting in the same spot every day or only hunt on days when conditions are ideal for the location.