While You Were Sleeping, We Were Electrofishing!

As fisheries biologists for the Maine Department of Inland Fisheries & Wildlife, we employ many different sampling techniques over the course of a year in the field. Just as an angler might consider which lure to use in a certain situation, we similarly adjust our sampling gear, season, and even time of day depending on which species is the target. 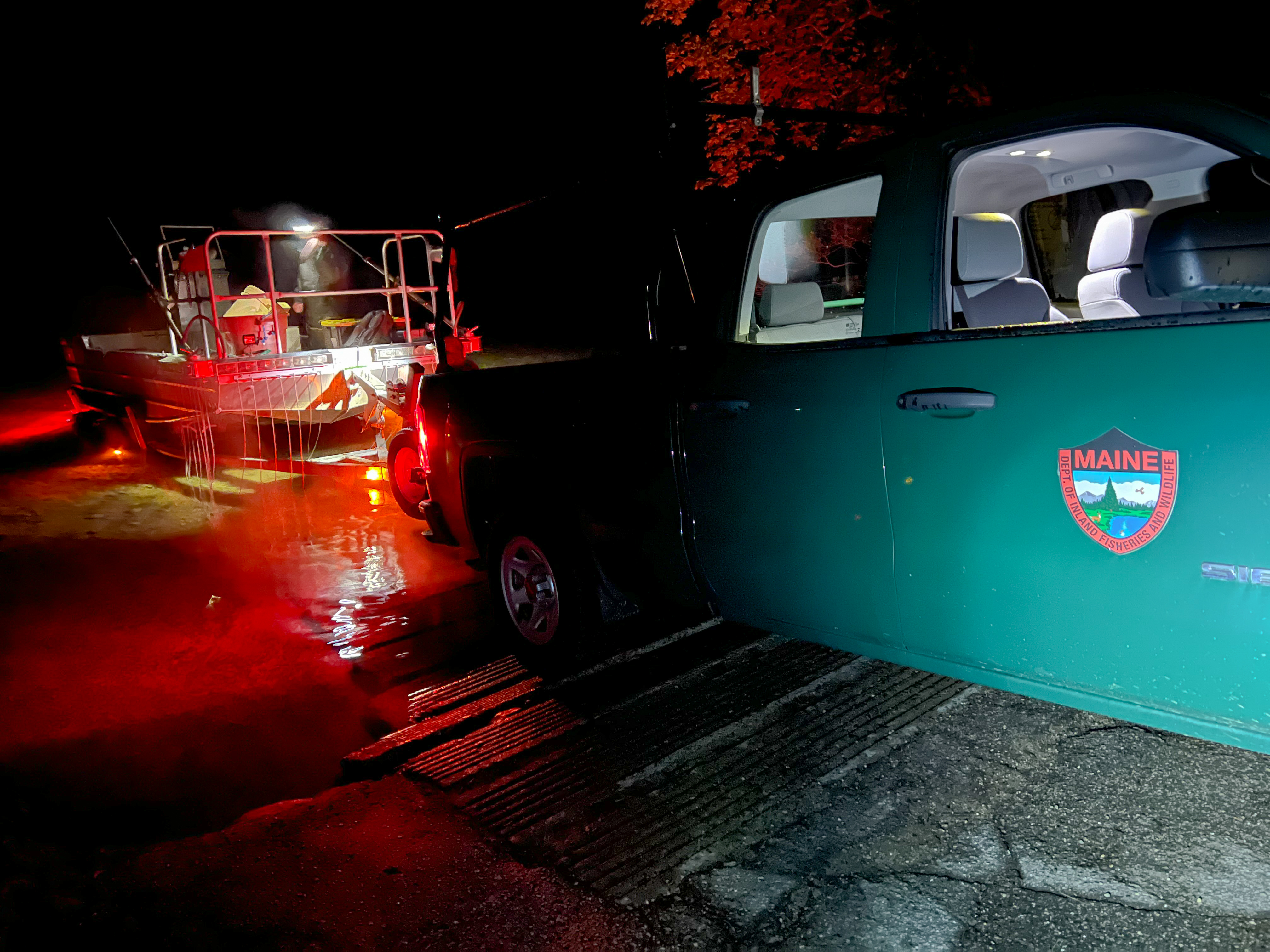 During late spring in southern Maine, some of our typical sampling targets are smallmouth and largemouth bass. While these species are not native to Maine (and are not actively managed in northern Maine where native trout resources are more abundant), they are actively managed as a sportfish in southern Maine as they have been here since the late 1800s and are common across southern areas of the state. Bass represent some of the most popular sportfish in southern Maine, so it is important for us to have an idea of where populations exist, how many fish are around, and what growth looks like for individuals in those populations. One of our most powerful tools to get at these and other questions is a sampling technique known as electrofishing. 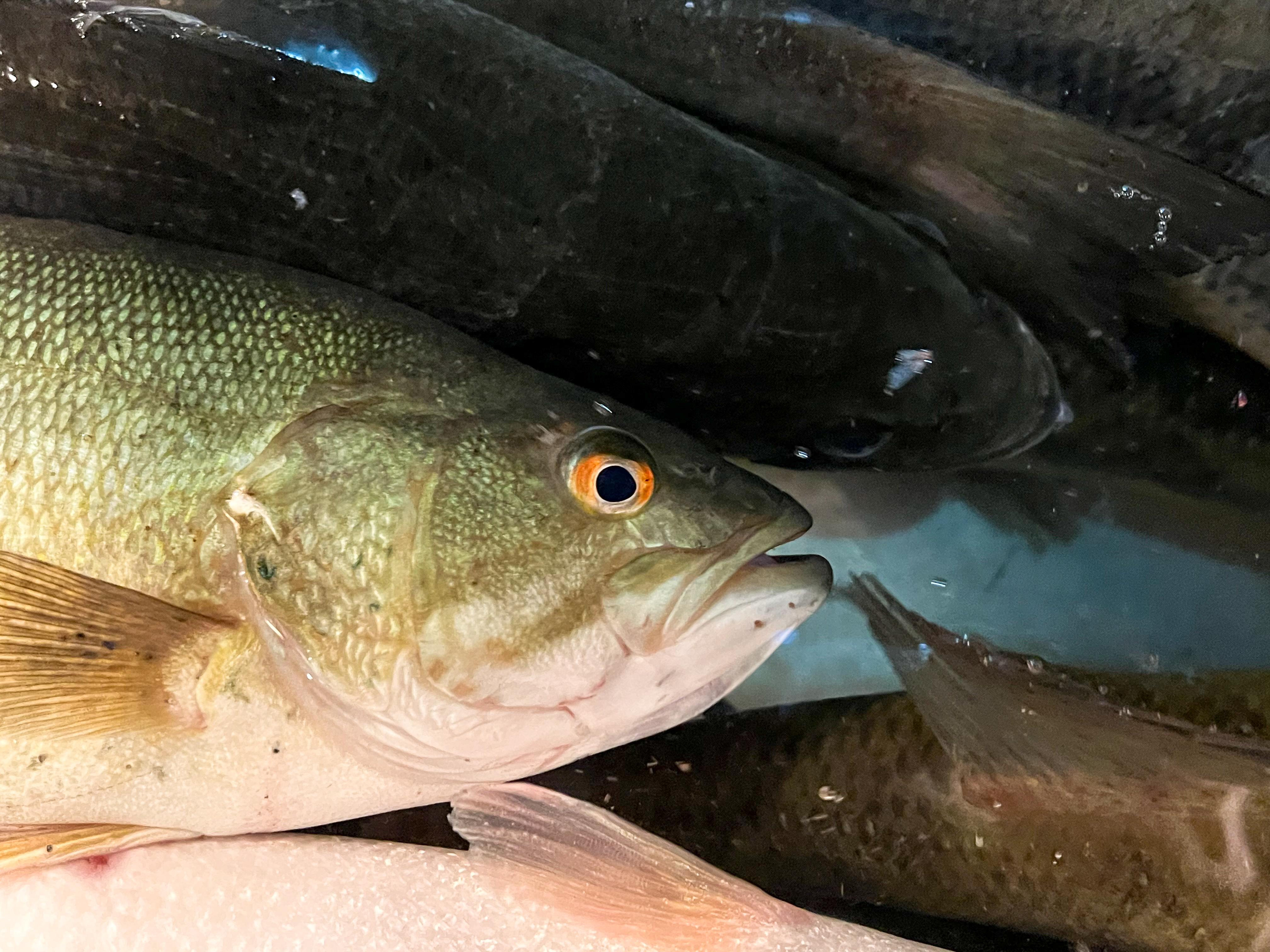 At first blush, the idea of mixing electricity and water may not seem like a great idea. To be clear, this is only a method of collecting fish that professionals can safely (and legally!) attempt. However, when done in a controlled manner, this technique can be a highly effective way to non-lethally sample a population and is very efficient for studying bass during their May-June spawning season. To maximize our odds of finding bass, we typically electrofish at night, when bass are more likely to be near their nests, are less wary of boats, and are easier to see underwater. 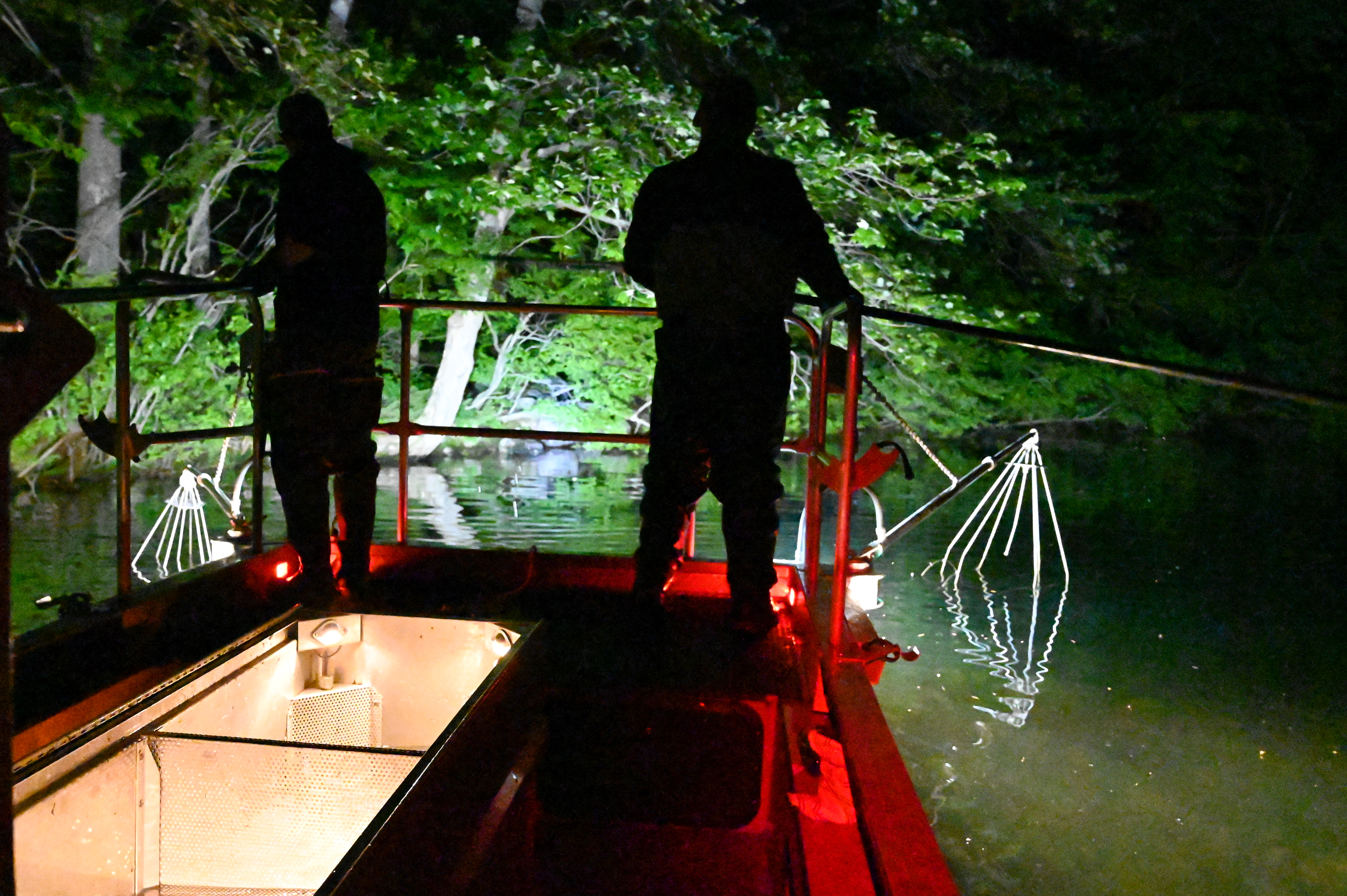 In a nutshell, electrofishing works by passing a current between two electrodes, both of which are immersed in water. This can be done using portable backpack units on small streams, but when collecting bass from lakes and ponds, we typically use a much larger, boat electrofishing setup. In this case, two booms extend from the bow and dangle metal wires into the water. Additional wires also hang from the boat itself. When a generator provides current, the wires act as one electrode (the anode) while the boat itself acts as the other electrode (the cathode). 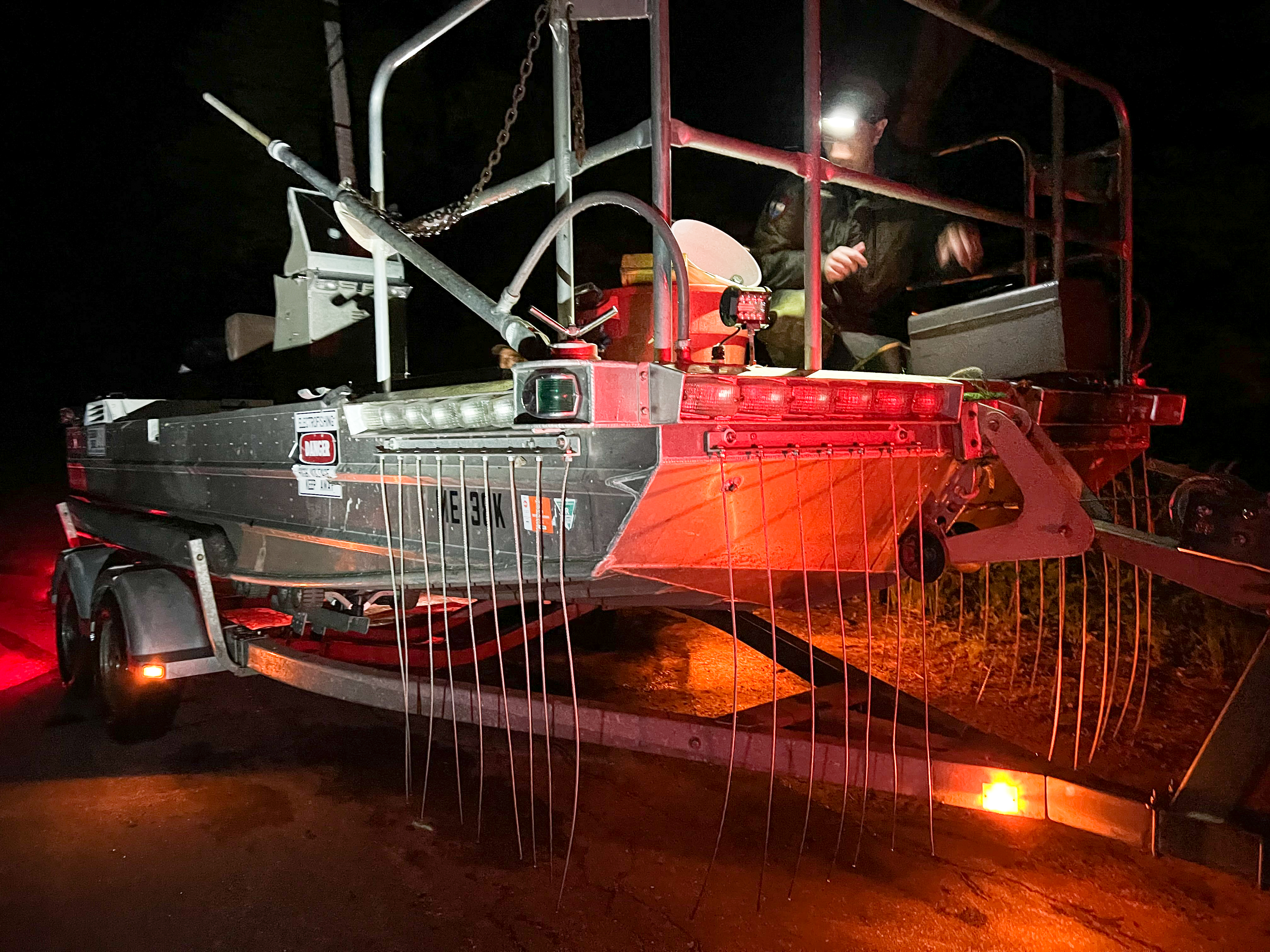 Any fish caught within the electric field are temporarily stunned and drawn towards the wires, making them easier for two biologists on a raised bow platform to scoop up with long-handled nets. Fish are then held in a recirculating live well until they can be weighed, measured, and released, fully recovered and unharmed. Not only is the technique safe for fish, but it also has minimal impact to everything else in the water and can be tightly controlled. For example, the electric field generated does not extend more than about 6-8 feet beyond the boat itself, making electrofishing a technique that will not affect anything beyond the target sampling area. 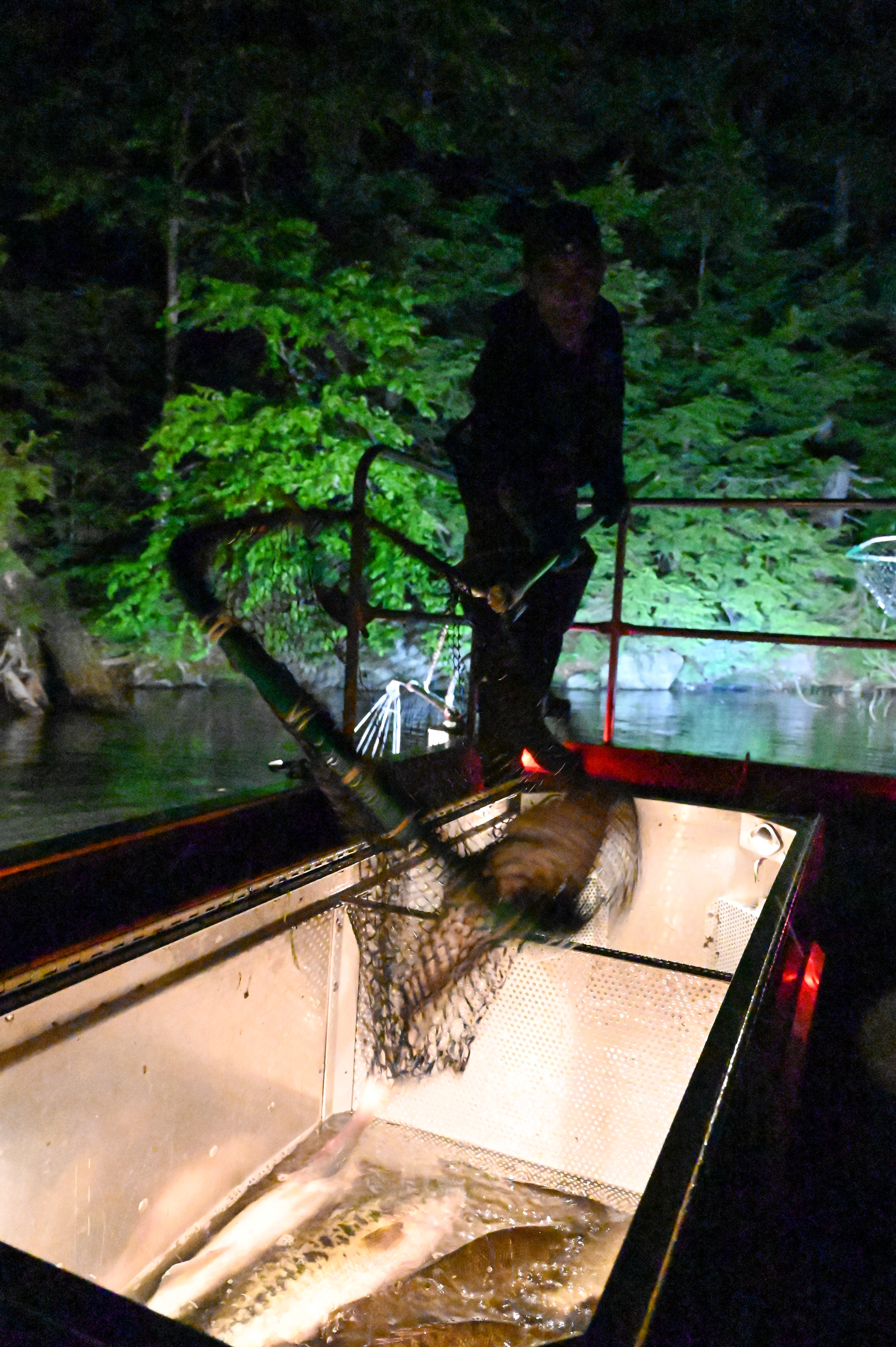 It is typically only a matter of minutes from when fish are stunned until they are released, but we can collect a lot of useful information within that short time. Along with length and weight of individual bass, we can get a count of how many of each species are present, both across whole bodies of water and in smaller subsections. We can also assess if the bass are healthy and feeding well, which gives us additional information on the condition of the baitfish population. Sometimes, we may also collect scales from individual bass, which allows us to age fish and determine if the population has been reproducing consistently over time. 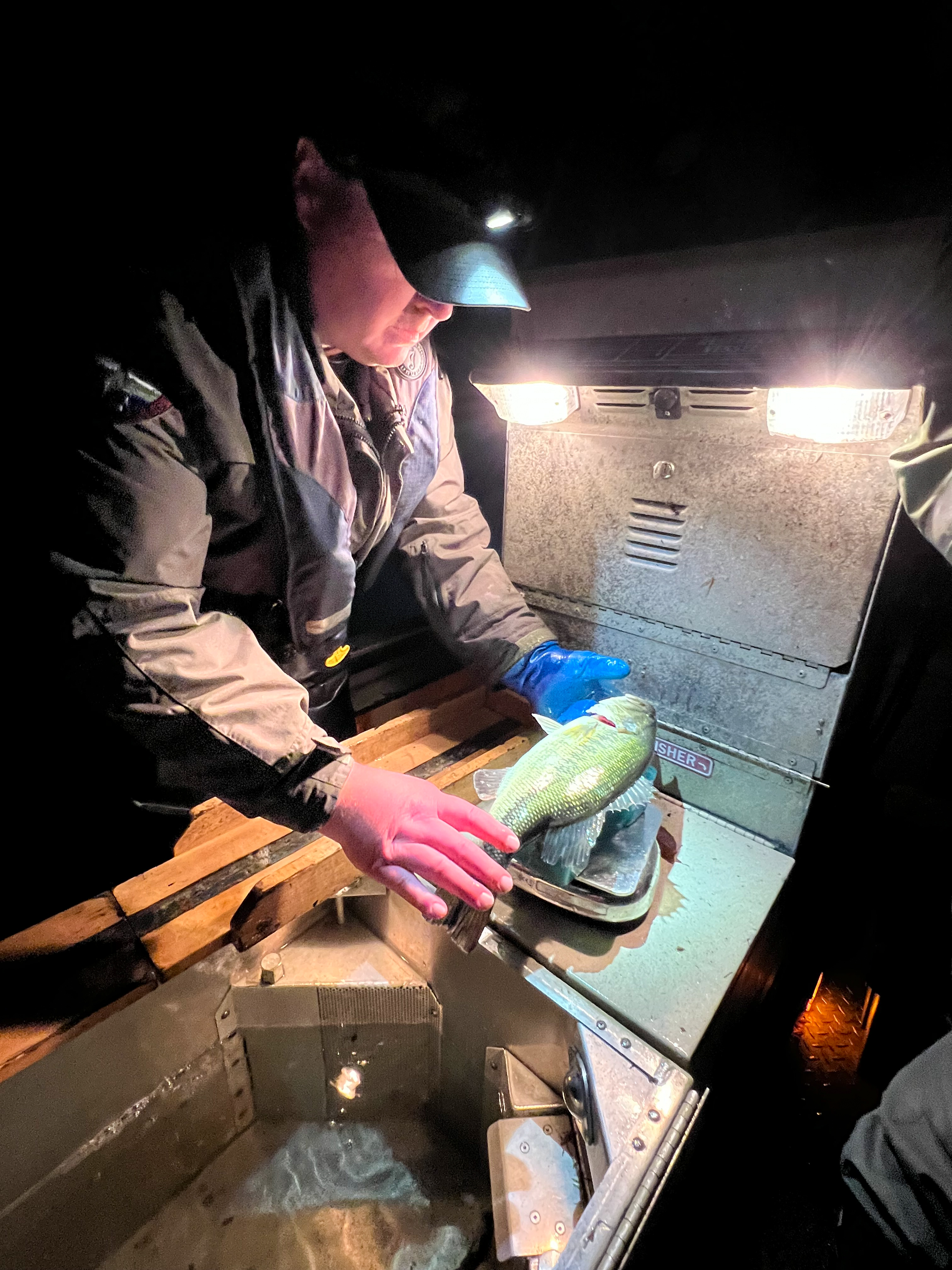 Through later data analysis back at the office, we can further compare bass populations in a study water to those of other regional waters, infer the level of interaction that may exist between bass and other fish species present, and even adjust trout stocking rates in a study water if necessary. By coming back to the same water and repeating the process years later, we can also monitor changes in bass populations over time. In short, boat electrofishing allows us to collect a wide range of data and tells us a lot about a bass fishery. 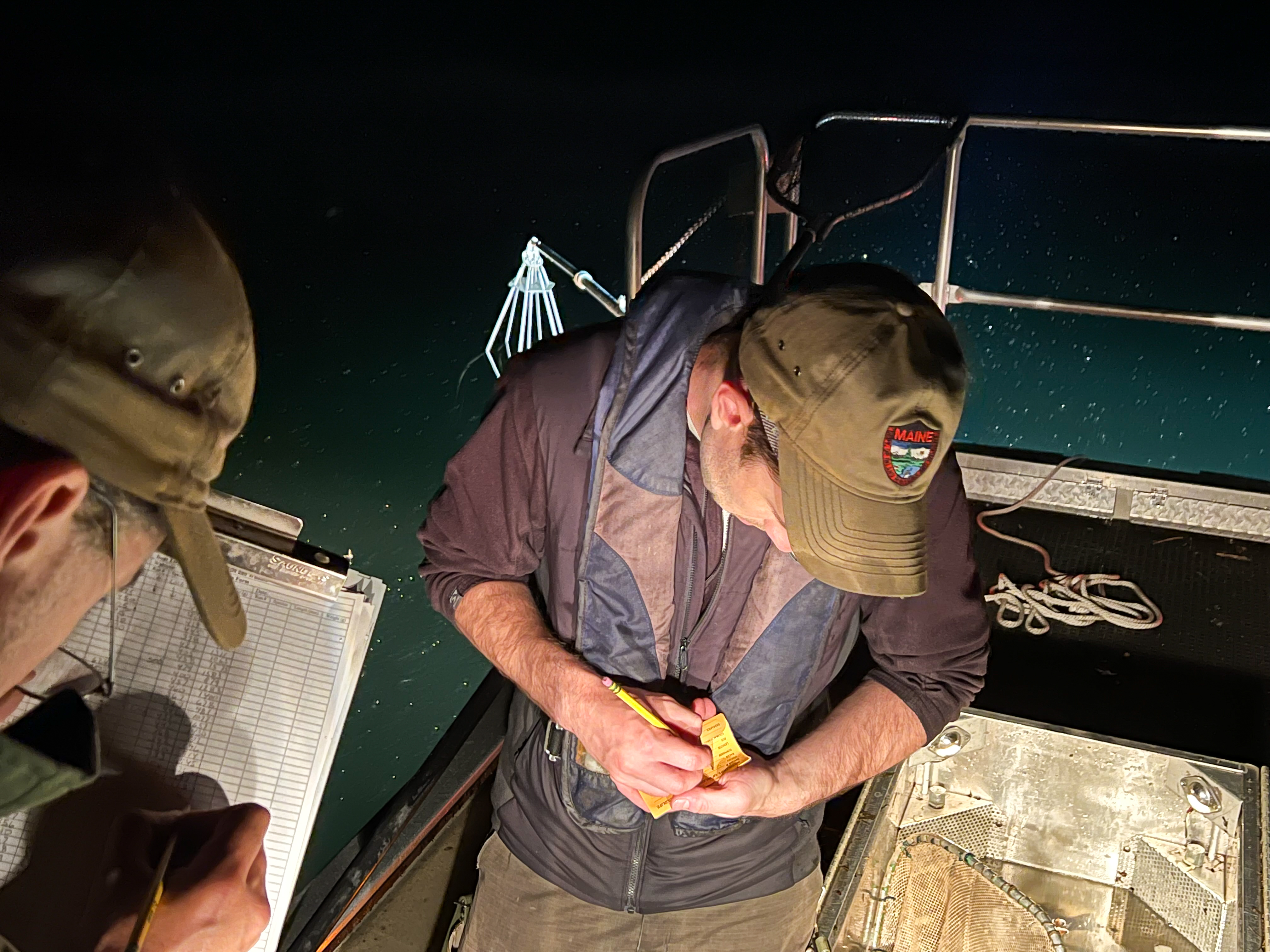 All in all, studying bass through boat electrofishing gives us valuable insight into one of the more prolific predators and sportfish present in southern Maine, and informs management of many regional waters. From a biologist’s perspective, it also has the bonus of being an active way to sample fish—which can be an important thing during a long night on the water! 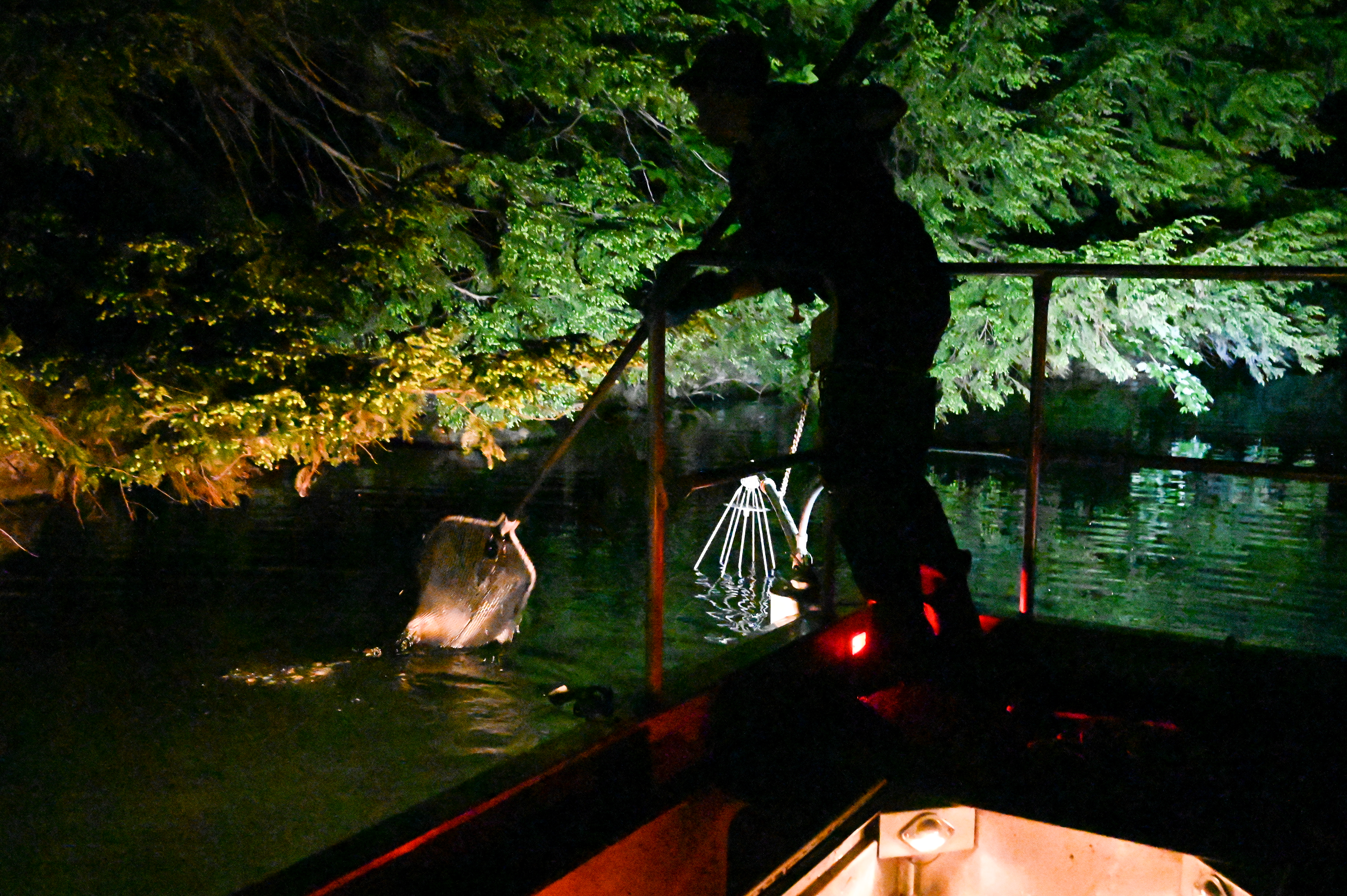