The Tick and Turkey Debate

Turkeys and ticks have long been a topic of conservation, with Maine’s wild turkeys sometimes taking the blame for causing problems for Maine’s moose as a spreader of ticks, the proliferation of ticks in Southern Maine, and the negative impacts on humans that come with the ectoparasite. 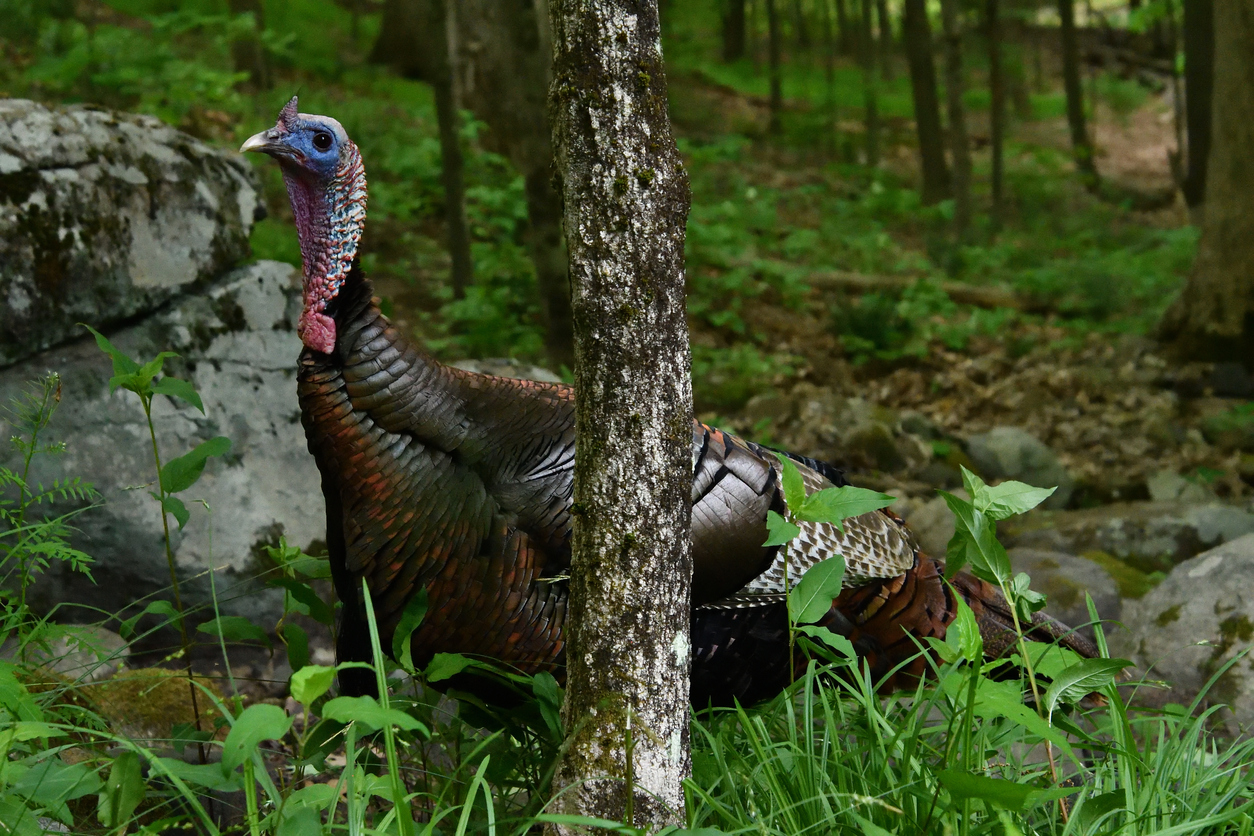 From a more science-based perspective, genome sequencing, which is a tool used to trace the origin and history of tick diseases and their spread over time, can help paint a clearer picture of the evolution and movement of ticks on the landscape. Researchers found that the bacteria that causes Lyme Disease is not a new disease to the United States; it has been circulating in North America for over 60,000 years, long before humans came to the area. Unfortunately, as deforestation and human development occurred, conditions for deer, and thus deer ticks (the primary carriers of Lyme Disease) can thrive and reported cases have more than tripled since 1995. (Reitman, 2017) Now, deer, birds, small mammals, and a warming climate all play a large role in the success and proliferation of ticks and tick-born illnesses.

While turkeys can and do sometimes carry ticks, it’s not to the level often perceived by the public. In a number of scientific studies conducted, attempting to identify whether or not turkeys are common hosts for ticks, research found that turkeys produce a ‘net zero’ impact. During these studies, ticks at each life cycle stage (larvae, nymph, adult) were released into areas with turkeys present. Turkeys ate almost all ticks in their larval and nymph stages, proposing that their preening (self-cleaning) removes many ticks on themselves, and some from the environment. This suggests that turkeys can carry some ticks, however, they are often removing many as well. (Ostfeld & Lewis, 1999)

In southern Maine, both turkey and deer populations are high, meaning any parasite or disease is more likely to be successful because there are more hosts available to feed them. But ticks also prey on mice, squirrels, fox, skunk, and other species for survival. While hosts are an important key to tick survival, so is temperature. As our climate in Maine and across the globe continues to increase – take for instance our mild winter this year and warm spring, ticks have the warmth they need to survive between hosts. This means more ticks can lay eggs, more eggs survive to hatch, and ticks have more time to find hosts.

In northern Maine, turkeys often get blamed for the impact of winter tick on moose, however, the turkey population is quite small and limited in northern parts of the state, meaning there are fewer opportunities for turkeys to walk the landscape with ticks on them. In addition to that, winter tick has been documented in Maine since the 1930s, well before wild turkeys were reintroduced to Maine. Unfortunately, with a high moose density and shorter/warmer winters, winter ticks just have a better chance for survival. To learn more about the impacts of winter ticks on Maine’s moose population, listen to MDIFW’s Fish & Game Changers Podcast on moose management here or visit the website page all about the impact of winter tick on moose.

While turkeys will not solve our state’s tick problem, they also did not create it. We encourage the safe use and enjoyment of the wonderful wild turkey resource that Maine has been provided. It wasn’t too long ago that you couldn’t find a turkey on the Maine landscape. The Maine Department of Inland Fisheries & Wildlife is working hard to understand and manage our wild turkey population into the future.