The wildlife around us often gives us clues that spring is arriving, even if we are still experiencing winter weather. Seasonal patterns such as amount of daylight, air and water temperatures, precipitation, humidity, and food availability can all trigger seasonal changes in animal behavior, appearance, and geographical distribution. In Maine, March is the perfect time to start taking a moment here and there to notice the changing wildlife sights, sounds, and smells around you. 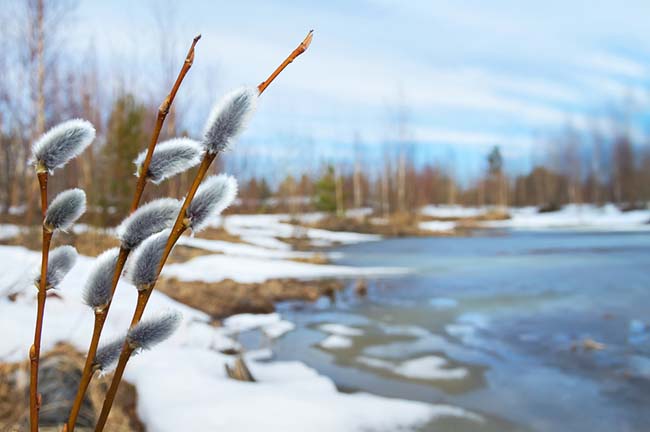 Some wildlife sticks around in the winter but hibernates out of sight until early spring. Woodchucks are one of the first hibernators to emerge and begin the spring by eagerly looking for mates. You may have already noticed them venturing out from burrows in your yard. By contrast, black bears who mate in summer give birth in their winter dens and emerge with their cubs in the spring. It’s not too early to think about bringing in your bird feeders so this year’s cubs don’t learn that your yard has a snack bar. 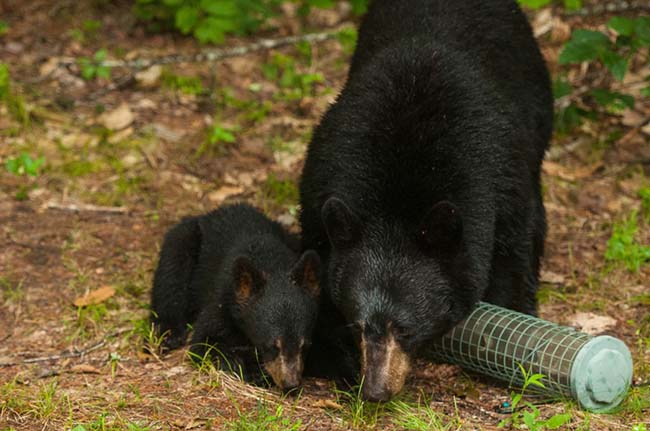 One of the most noticeable signs of spring in the Northeast is the sound of spring peepers. They too have been around all winter but have been buried under leaflitter. The chorus you hear in spring is the conglomeration of frogs showing off their vocal talents to attract mates once they have migrated to a water body such as a vernal pool. Another sure sign of spring is mating season for skunks. After limited activity in winter, skunks spend much of February through April making a stink about finding mates. Because skunks frequently choose underneath sheds and other manmade structures as den sites, it’s a good idea to make sure access is blocked before they have babies. Learn more about eliminating access to shelter. 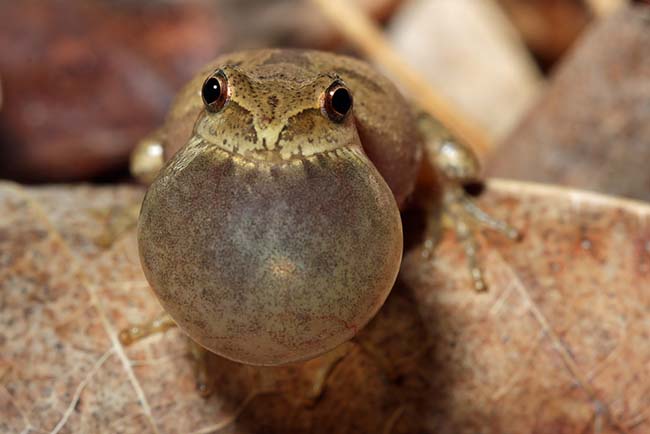 Other species stay active in Maine through the winter but change in appearance or behavior as the seasons change. In early spring look carefully to spot snowshoe hares and short-tailed weasels starting to change from white winter coats to brown spring coats. The color change begins as a reaction to the change in light (not temperature) and takes several weeks to complete. As the days get longer, you’ll have a better chance of spotting a hare or weasel who is part white and part brown as they ease into spring. Ruffed grouse are active throughout the winter in Maine and get an early start to breeding season. Their distinct drumming in wooded areas gives it away that they are claiming their territory and ready for mates. 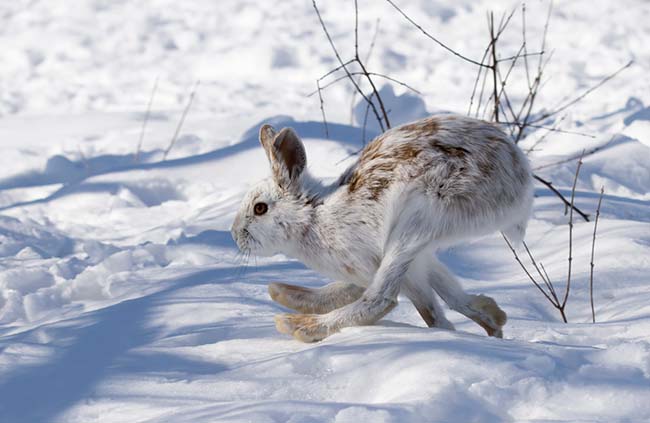 While we are lucky to have many bird species who remain in Maine through the winter, the return of those who migrate create a big impact of the sights and sounds of spring. One of the first to return is the American woodcock, an otherwise elusive ground-nesting bird whose courtship displays are as impressive as they are strange. At dawn and dusk, male woodcocks call to females in a nasal frog-like voice, then aim to impress them with intricate daredevilish flight displays. They spiral high into the sky, feathers whistling as they rise, then zigzag rapidly downward singing a love song all the while. Watching the “timberdoodle” perform is a fun item to add to your springtime bucket list. Waterfowl including several species of ducks and geese are also some of the first to return. Watch for their arrival just as ponds and lakes begin to melt. It won’t be long before they are joined by other birds with a wide array songs and bold breeding plumage. 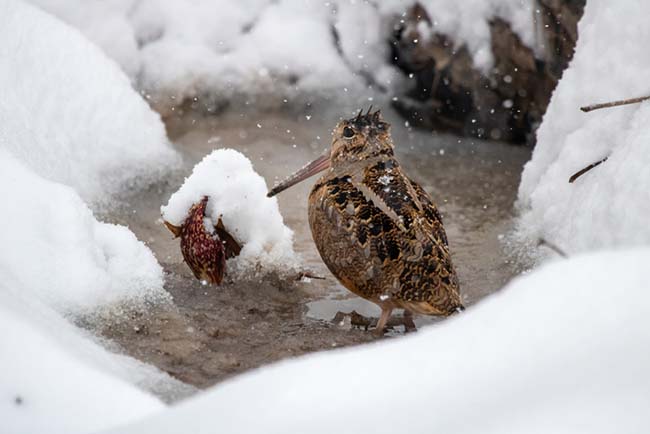 Whether it’s just a quick glance out the window during your morning commute, or a brief moment during an evening walk with your dog, taking the time to notice nature’s seasonal changes can add something special to each day.