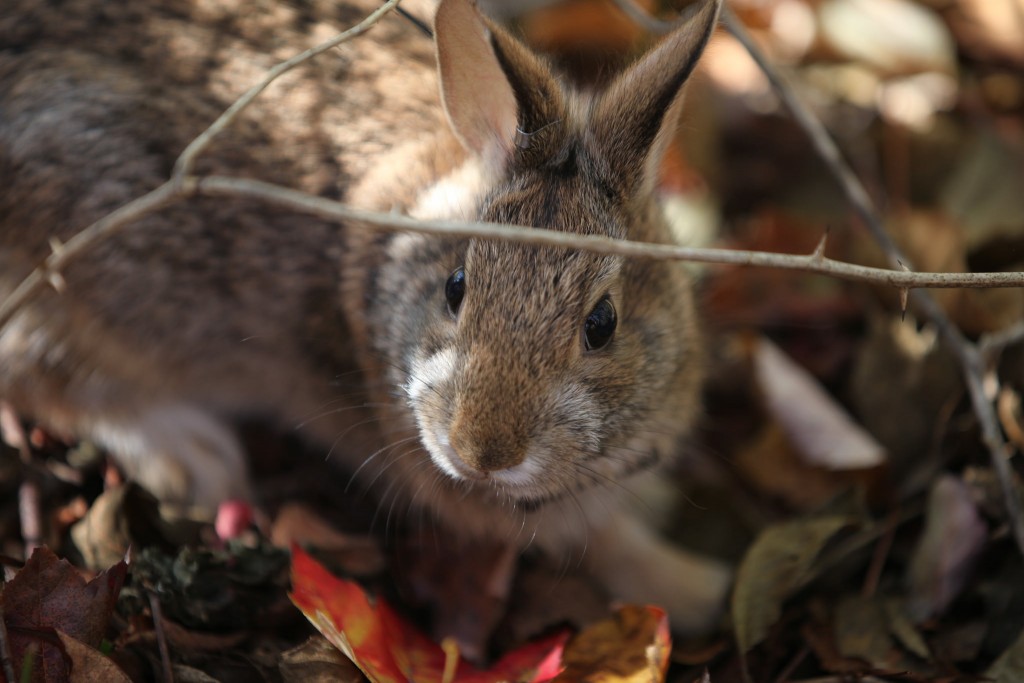 The New England Cottontail is Maine's only native rabbit. Active forest management provides ideal habitat for New England Cottontails. (Photo/Tom Barnes)[/caption] by Eric Hoar, IFW Lands Management Biologist The Mt. Agamenticus Wildlife Management Area is the Department of Inland Fisheries and Wildlife’s southern-most management area and is comprised of several lots located in the York County towns of Eliot, South Berwick, Wells and York.  The Mt. Agamenticus lots total roughly 3300 acres in size and can be accessed from a number of public roads making it a popular destination for hikers and other sports enthusiasts. Mt. Agamenticus is within a focal area for the state endangered New England cottontail rabbit.  The New England cottontail is Maine’s only native rabbit and has seen a significant decline in population over the last 50 years as habitat has been lost to development, abandoned fields have grown up and creation of new habitat from timber harvesting has declined.  Unlike the snowshoe hare, NEC doesn’t turn white in the winter which makes it very visible to predators (hawks, eagles, fox, coyote, bobcat, etc.) when snow covers the landscape.  NEC requires a dense, shrubby under story for both cover and concealment from predators, and browse for food. [caption id="attachment_959" align="alignleft" width="350"] 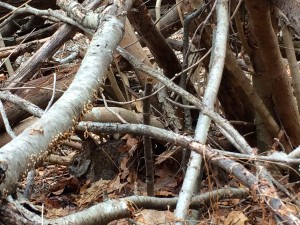 This New England Cottontail, pictured in the lower left, finds both protection and food in thickets such as this. (Photo/Amanda Cheeseman)[/caption] Providing habitat for New England cottontails is the key to increasing NE cottontail numbers.Creation of new rabbit habitat involves the removal of most of the mature forest which, as it grows back, creates a dense stand of young forest.  Management for New England cottontail recommends stems densities of greater than 20,000 stems per acre – that is the equivalent of a young tree or shrub every two feet.  Higher densities are more desirable but 20,000 is a good beginning. The most effective method of achieving such a high stem density is through a substantial over story removal, ideally regenerating thick shade intolerant species (think the birches in Shelburne, New Hampshire) – and even then frequent tending (every five or so years) such as mowing is required to further develop and maintain a thicket, or another similar habitat patch is created.  Abundant sunlight is the key to habitat establishment and development, and a heavy harvest facilitates the growth of tree and shrub species both intolerant and tolerant of shade which create a density of vegetation suitable for rabbits. [caption id="attachment_958" align="alignright" width="523"] 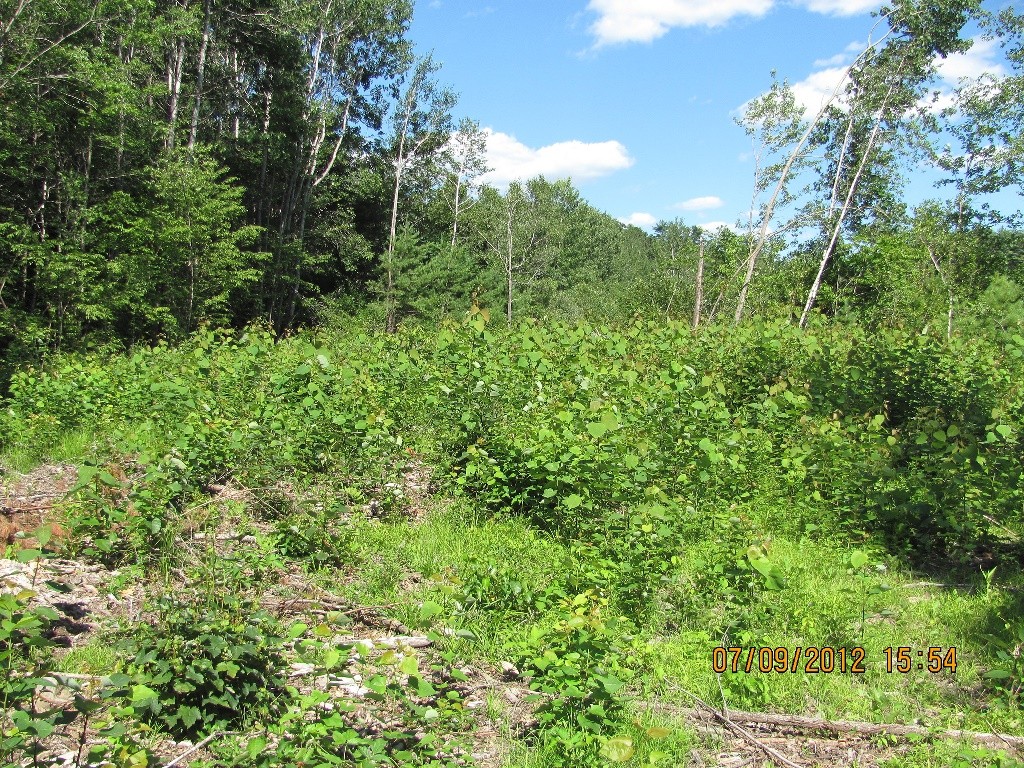