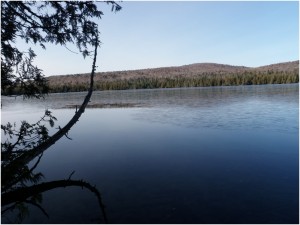 View of Dickwood Lake from boat launch[/caption] Acquired in 1989 by the State of Maine, Dickwood WMA, is a 3860 acre management area situated in Northern Aroostook County in the northwest corner of the town of Eagle Lake.   In the center of the parcel lies Dickwood Lake, a shallow lake at its maximum 8 feet deep and approximately 96 acres. The management area is split into 2 parcels, with a 500 acre bisecting parcel owned by the town of Eagle Lake. [caption id="attachment_1031" align="alignright" width="300"] 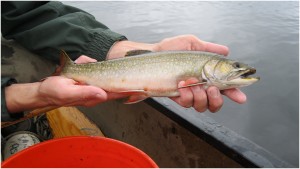 Trout from Dickwood Lake[/caption] Dickwood WMA’s long history of logging in the late 1970’s – early 1980’s provided for the current system of roads and trails that provides outdoors men and women access to its plethora of wildlife for both viewing and hunting opportunity.   Most of the management area was harvested in the late 1980’s, and now boasts an abundance of regenerating spruce/fir ideal for grouse, woodcock, moose, and bear.  If you are more into fishing, there is a foot path to the southeastern shore of the lake to a break in the trees where you can launch a canoe or kayak.   The lake boasts a healthy population of Brook trout that seek the many cool spring areas to survive during the warm summer months. [caption id="attachment_1030" align="aligncenter" width="551"] 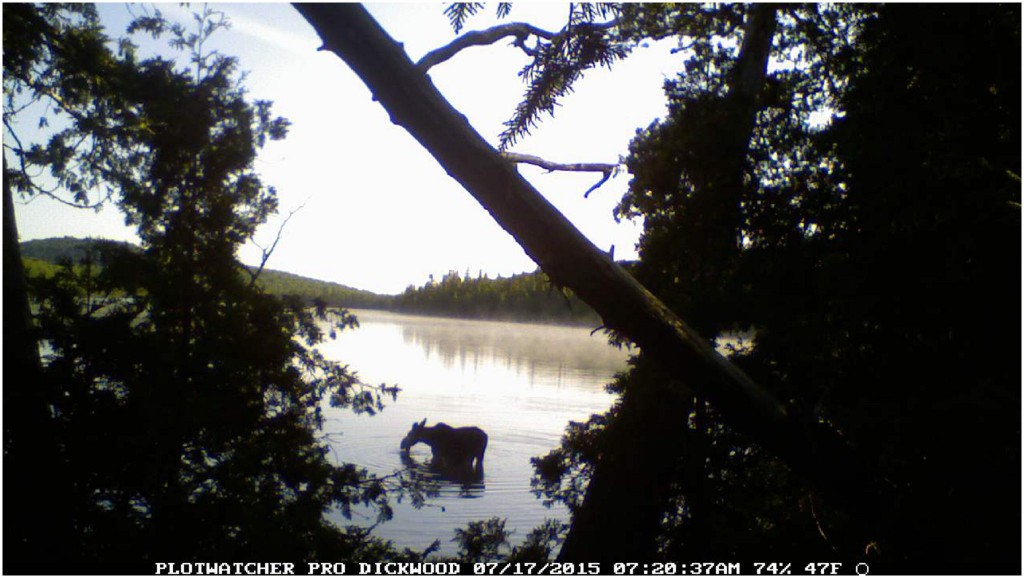 Moose feeding in Dickwood Lake[/caption] Besides its upland habitat for wildlife, wetlands are another habitat important to the wildlife of the area.  Along the stream bottoms you will find areas of low lying cedar pockets and wooded swamps.  Keep your eyes peeled for the handy work of an iconic Maine furbearer, the beaver!  Many of the wetland areas found on the management area occur along the brooks or streams and are generally the result of beaver activity. [caption id="attachment_1032" align="aligncenter" width="537"] 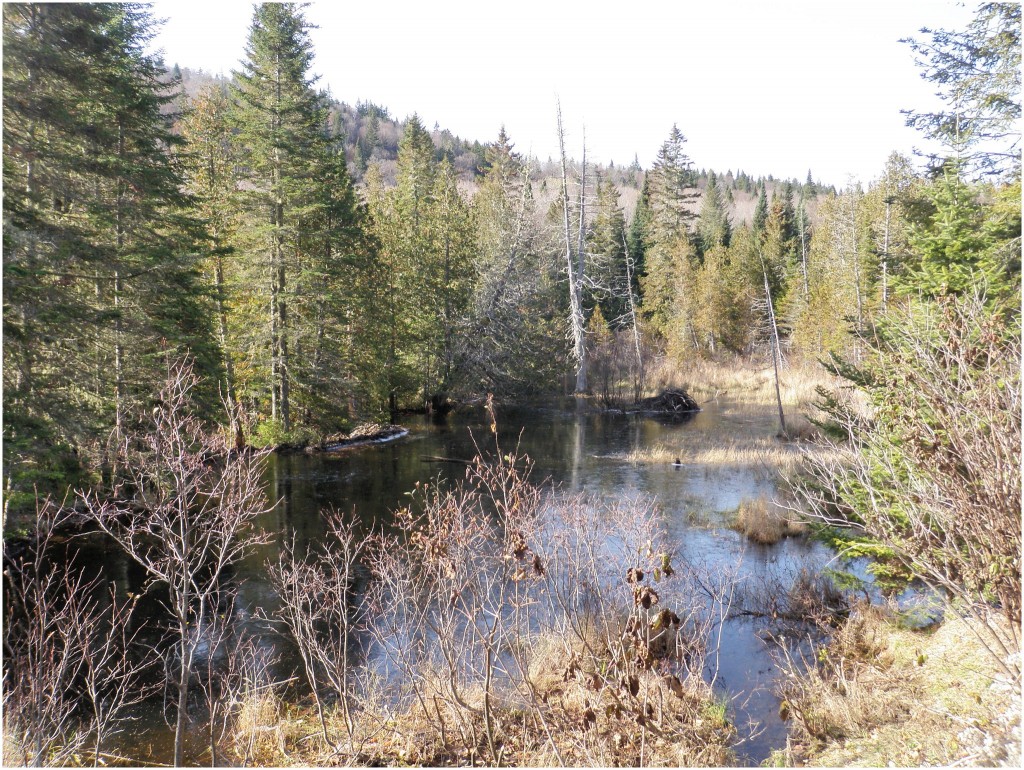 Beaver lodge and dam[/caption] Access to the management area is off the Devoe Brook Rd in the town of Eagle Lake.  While most of it is fit for 2-wheel drive, there are occasional washout areas better suited for 4x4.  Additionally, ATV and Snow sled trails follow this road system, as well as have additional side trails utilizing old logging roads.   Local clubs maintain these routes and have the trails well marked.   Another access point is off Gilmore Brook Road where you can access the northeasterly boundary of the management area.
Categories