Illegal fish importation case provides insight into why you should care

In late 2019 the Maine Warden Service was contacted by fish and wildlife authorities from Oregon requesting assistance with an investigation of the Green Hill Garden Fish Hatchery in Eugene Oregon. The fish and wildlife officials from Oregon were looking into illegal fish purchases and sales and had identified several shipments from the Oregon hatchery to residents in Maine. Maine Department of Inland Fisheries and Wildlife (MDIFW) Game Wardens and Fisheries Biologists conducted a series of interviews to determine the origin, species, and the current whereabouts of any imported fish and whether or not proper permits were obtained from MDIFW prior to the importation or stocking of the fish.

Ten Maine residents were interviewed based on information received from the investigation in Oregon; none of the persons involved had applied for an importation permit from MDIFW. During the course of the investigation, wardens learned more information about the Oregon hatchery through online searches. Several different species were purchased including Channel Catfish, Rainbow Trout, and Tilapia. The primary reasons the persons were interested in purchasing the fish were for stocking private ponds or for aquaponic systems. In almost all the cases the purchasers were disappointed to find the fish arrived much smaller (less than 2 inches in length) than they had anticipated, and some reported a large portion of the fish were dead or dying.

Summonses were issued for importation of fish without a permit in two of the cases. The first was issued to Mr. Raymond Conlon of Wellington (at the time Eagle Lake). Conlon was unaware of the laws regarding fish importation and stocking when he introduced 75 Channel Catfish into his private pond in very close proximity to Eagle Lake. His action ultimately resulted in MDIFW fisheries staff chemically treating the pond to kill all the fish  and prevent any from escaping into nearby Eagle Lake. Conlon plead guilty to the charge and was assessed a fine of $1500.00 with all but $500 suspended. Mr. Steven Bossie of Frenchville was also charged with importation of fish without a permit. His case is still pending in Fort Kent District Court.

This example of an of an illegal fish importation and stocking in Maine involving online/mail order sales provides a unique opportunity to examine the challenges of battling one of greatest threats to conserving Maine’s native fisheries, including some lessons learned.

Maine supports an abundance of native trout and salmon fishery resources, including the most robust and intact populations of eastern brook trout within its geographic range, the only endemic populations of Arctic Char in the lower 48, and two endemic populations of landlocked Atlantic salmon.  These resources are culturally important to the state and very popular with Maine anglers. These are uncommon fisheries outside of Maine and are an important reason why our state remains an angling destination.  Recreational freshwater fishing in Maine also contributes over $380 million annually to the State’s economy.  Simply put Maine has what other states don’t and we have a lot to lose by not conserving our native fisheries.

To appreciate the threat posed by the unauthorized stocking, you need to understand that Maine’s native trout fisheries evolved in the absence of other competing fish in very simple fish communities that do not get along well with other fish.  Native trout are highly vulnerable to many other fish (both native and nonnative) that often are better able to outcompete and even prey on our native trout.  As such, unauthorized introductions represent one of the greatest threats to Maine’s native fish and explains why MDIFW has adopted many initiatives (e.g., laws, public outreach, reclamation program, etc.) to combat these threats, including:

Fish produced at Maine hatcheries are subject some of the most rigorous fish health testing in the northeast to ensure that fish stocked throughout the state are disease free and do not pose a risk to stocked waters around the state. The reason the topic of fish disease is mentioned here is that invasive threats take many forms (not just fish), including diseases, the introduction of other invasive organisms including plants (e.g., Milfoil), algae (e.g., Rock Snot), mussels (ex. Zebra mussels), clams (e.g., Asian Clams),and other invertebrates (e.g., Rusty Crayfish, spinny, water fleas, etc), all pose risks to the health of Maine’s native ecology.

MDIFW’s Division of Fisheries and Hatcheries issues permits that allow for the importation and stocking of live fish from outside Maine to support beneficial lab research, aquaculture, and private pond angling.  These activities are regulated because they could introduce invasive organisms to Maine waters.  Requests to import and stock initiate an assessment of risk conducted by the MDIFW, considerate of the ecology, and ability to thrive in Maine, as well as the threat posed to Maine fishery resources.  Additionally, fish health testing information provided by the supplier is reviewed, along with biosecurity and disinfection plans at the destination (for lab research).  When fish are stocked in outside private ponds, MDIFW considers potential impacts to other connected waters that serve as travel conduits that spread new introductions or diseases and parasites. Potential interactions with native fisheries present in the drainage are also considered.

Unfortunately, the stocking implicated in the Warden Service investigation was not subject to MDIFW’s rigorous review processes designed to prevent unintended environmental consequences.  Why didn’t the individuals being investigated comply with legal permitting requirements? We’ll discuss that later, but history certainly suggests its often a case of blatant disregard by “bucket biologists” who believe they know best.

While the Maine Warden Service investigation involved a number of importations from one out-of-state supplier, there are other online/mail order national suppliers currently providing the same services and under current laws the legal burden is on the buyer to obtain the necessary importation and stocking permits, not the supplier.  Had the individual complicit in stocking invasive channel catfish applied for agency review, the importation request would have been denied. Stocking foreign fish such as channel catfish into a private pond, particularly given its proximity and connection to a high value public water constitutes an unacceptable risk that the MDIFW permitting process is designed to prevent.  The private pond that was stocked with channel catfish drains directly into nearby Eagle Lake, a well-known water in Aroostook County and part of the Fish River chain of lakes; a series of interconnected lakes that support wild brook trout, salmon, and lake trout fisheries of statewide significance.  These resources are not only important to the state, but are integral to the local culture, quality of life, and local economy.

While there was no information regarding fish health testing on the catfish that may have been conducted by the Oregon based supplier, Google Earth reveals that the supplier has many outdoor open-air swimming pools and small ponds on a property abutting agricultural land and Amazon Creek.  Amazon Creek flows to the Long Tom River which joins the Willamette River. The Willamette contains has recent detections of three exotic pathogens of potentially high consequence to the State of Maine (Ceratomyxa shasta, Myxobolus sp, and IHNV).  These circumstances further elevate the level of risk and concern and would have provided additional justification to deny a permit request, had one been submitted.

Maine’s connected waterways provide an extensive network of potential travel corridors for fish and disease transmission to migrate elsewhere in a drainage well beyond the confluence of the private pond, compounding potential impacts to native fisheries. This recent Warden Service investigation also revealed other nonnative fish (rainbow trout, largemouth bass, and tilapia) that were also imported and delivered to other Maine locations (fortunately, it was reported that many either arrived dead or died shortly after delivery.)  While these species of fish already occur in some Maine locations, they have a very limited distribution, whereas channel catfish do not occur in Maine at all. Regardless of distribution in the state, the risk of disease transmission remains a serious concern for any fish not subject to appropriate fish health testing.  MDIFW’s review of private pond stocking requests is designed to prevent the introduction and spread of nonnative fish to new watersheds and to minimize conflicts with fishery resources managed by the state. 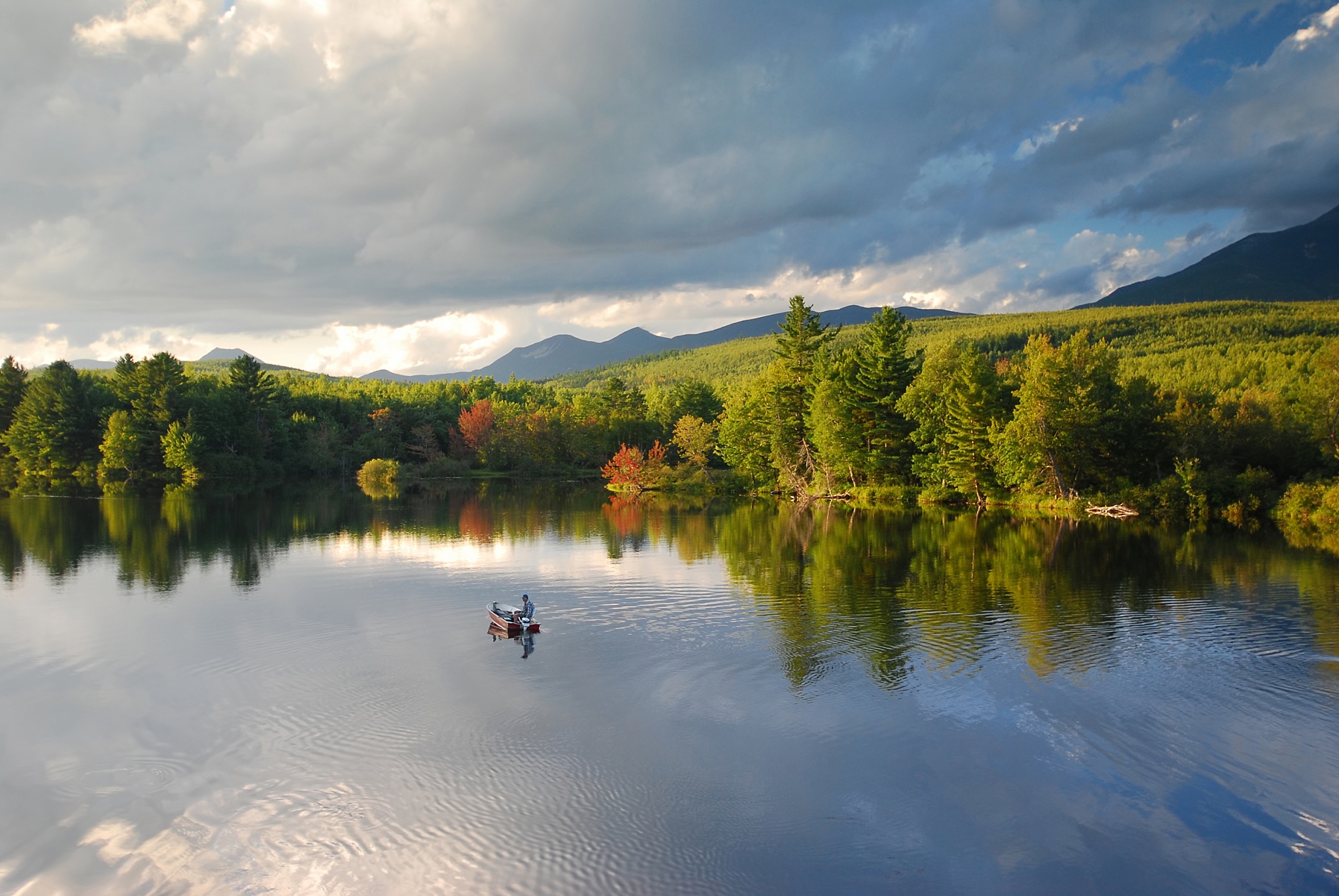 Let’s examine the potential consequences of a newly introduced fish like channel catfish in Maine by examining their ecological characteristics and interactions documented in other places, which suggest they are highly adaptable and opportunistic.  Channel catfish:

How might the introduction of channel catfish affect native fish in Maine? Well, a review of channel catfish life history and scientific literature from around the world strongly suggests that channel catfish would survive and reproduce in Maine waters.  They can occupy a wide range of freshwater environments and have the potential to interact with a large proportion of Maines native fish and other aquatic wildlife. They are opportunistic feeders, preying on a wide range of items including fish and fish eggs.  Being opportunistic feeders known to eat fish, they can be expected to include native fish in their diets.  They would indirectly compete with native species by occupying important habitats and competing for food resources, and likely reduce the abundance of native fish.  Furthermore, should global warming increase water temperatures of Maine’s inland lakes, these changes would only improve the suitability and success of invasive channel catfish, while reducing suitability more cold water dependent fish like trout and salmon.   In short, the potential for naturalization in Maine and out competing native trout is real.

Because of the threat posed by channel catfish directly to Eagle Lake, the Fish River watershed, and the state, an emergency chemical reclamation plan was developed and implemented by the Division of Fisheries and Hatcheries to eradicate the introduction of channel catfish stocked in the private pond.  The level of agency concern and urgency prompted a treatment under the winter ice before high spring flows might increase opportunity for outmigration to Eagle Lake.  While the treatment eliminated the threat within the pond, it is not known if any outmigration may have liberated fish before the treatment was applied. This possibility creates uncertainty as to whether the treatment fully remediated the threat to the Fish River Chain.  Since new introductions often take many years to develop populations at densities that are detected by either the public or through scientific sampling, it may be many years before the fate and impact of this illegal act will be known.  Furthermore, while small private pond can be readily reclaimed, the same eradication procedure could not be replicated on the much larger public waters within the drainage should channel catfish establish.  Future opportunities to eradicate this potential infestation are unlikely to exist.  That is why preventing these irreversible acts in the first place, is so critical, and why the Department regulates activities that pose a threat.

Warden Service investigation interviews suggest many who purchased fish were unaware of the requirement to obtain importation and stocking permits.  Furthermore, the individuals who purchased these fish failed to recognize or appreciate the threat posed to Maine’s native fisheries (a message that is shared repeatedly with our angling public).  Those found importing fish are not our traditional angler customers interested in stocking their private pond for recreation.  Instead, these individuals purchased fish for aquaponic operations or other grow out scenarios to raise fish for table fare and curiosity; a group typically not reached through our traditional outreach programs.  This observation certainly underscores the need for broader outreach delivered in a manner that will be received by a much broader audience.  But how do we identify and reach out to these folks?  Should our ban on baitfish importation be extended to other fish so the supplier as well as the buyer would share responsibility for importation?  The fate of Maine’s native resources could depend on addressing these areas of concern.