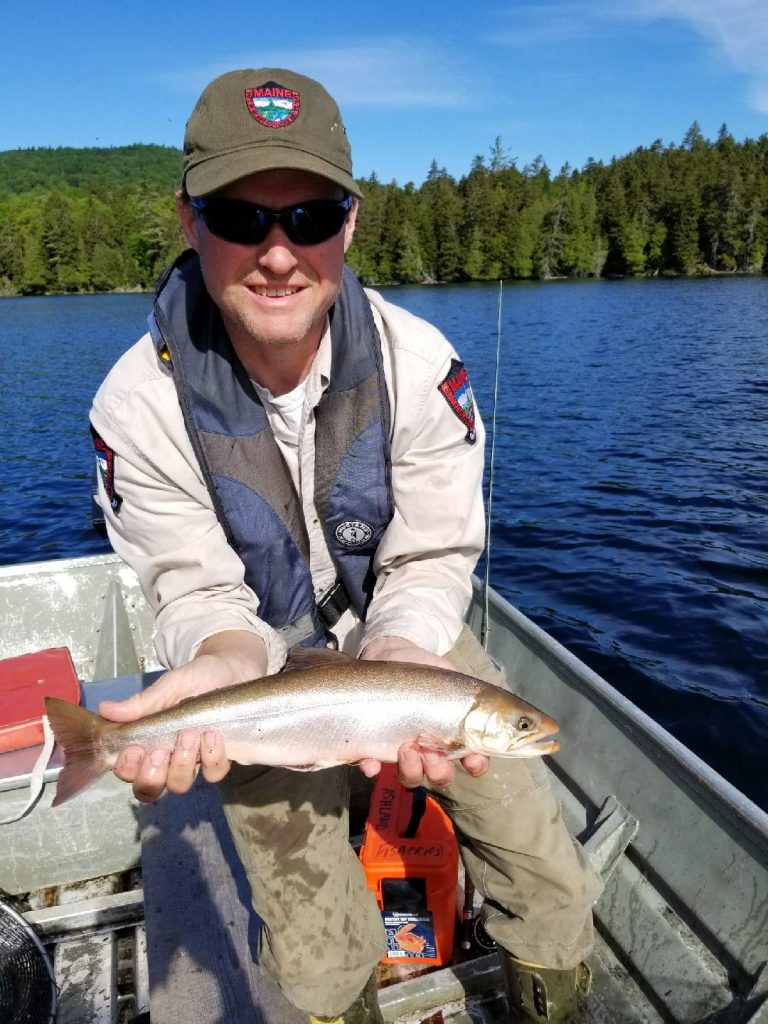 T8 R10 WELS, Maine -- After Arctic charr became perilously close to disappearing from one of the last remaining ponds in Maine, actions by the Department of Inland Fisheries and Wildlife have restored the charr population in Big Reed Pond in northern Piscataquis county. This was confirmed last week by IFW fisheries biologists who documented wild, naturally-reproducing Arctic charr at Big Reed Pond.

“Arctic Charr are unique to Maine in the continental United States. The efforts of IFW fisheries staff and their partners have crafted a success story we all are proud of,” said IFW Commissioner Chandler Woodcock.

Arctic charr are found in only 14 waters in Maine. They prefer deep, cold lakes that lie at high elevation and have few other competing species.   An illegal introduction of rainbow smelts at Big Reed Pond upset that delicate balance and threatened the charr population. While native to the state, smelt are invasive to many waters where they do not occur naturally and if illegally introduced can wreak havoc on the natural ecosystem.

Knowing extraordinary measures were needed to protect the charr, beginning in 2007, IFW fisheries biologists began an intensive effort to capture some of the remaining live charr. For the next four years, biologists used nets to capture and transfer 14 charr from Big Reed Pond to the Mountain Springs Trout Farm in Frenchville, Maine. These fourteen charr became the breeding stock utilized to restore the unique genetic population of charr to Big Reed Pond.

However, before Big Reed could be restocked with native charr fingerlings, the smelt had to be removed.

IFW staff, along with a group of partners reclaimed the pond with rotenone in October 2010, eliminating the competing smelt population. Rotenone is a plant-based product that affects the ability of fish to use oxygen in the water and it breaks down rapidly. Reclamation is a long-time fishery management practice employed around the country that is used sparingly in Maine,  and only in waters that meet specific criteria. Maine IFW uses this tool to restore native brook trout and charr populations, and to eradicate invasive threats.  The Department places a priority on the conservation and protection of native and wild fisheries.

Arctic Charr, bred from the remaining 14 charr that were transferred to Mountain Springs Trout Farm, were first stocked in Big Reed starting in June 2011 and continued through June 2013. Last week, IFW biologists confirmed that charr are indeed spawning, identifying three different age classes through the magnified examination of captured charr fish scales, which confirmed three successful spawning seasons in 2011, 2012 and 2013. 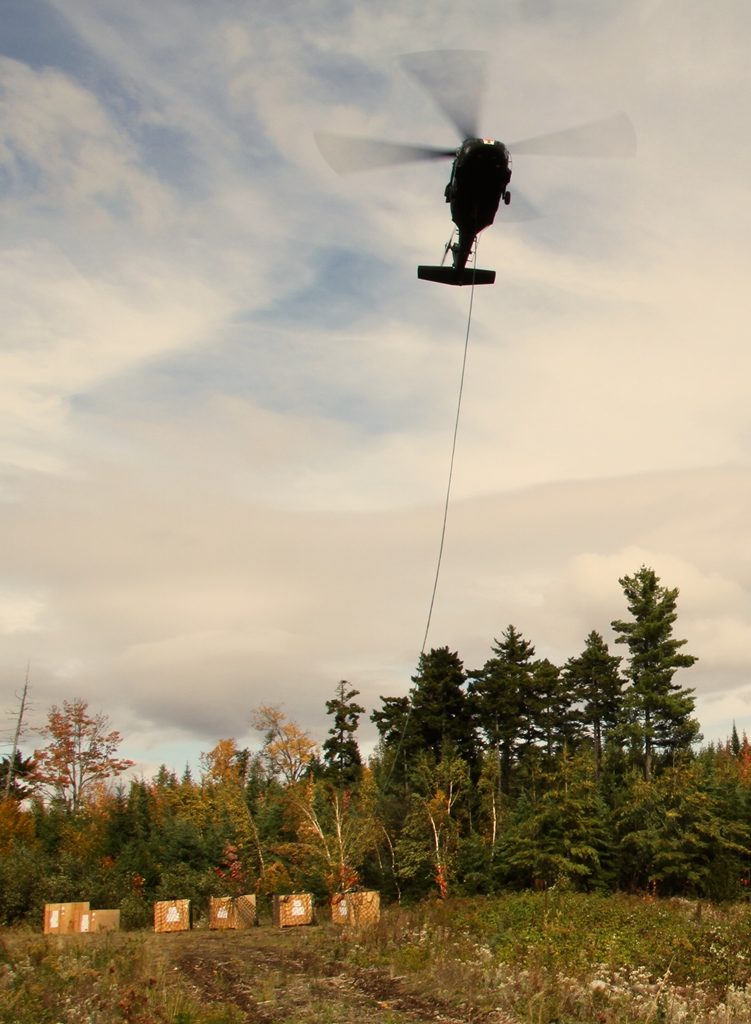 Big Reed Pond is in a remote section of the North Maine Woods, with the nearest dirt road a mile away. During the reclamation process, blackhawk helicopters from the Maine Army Aviation Support Facility in Bangor delivered the equipment and supplies needed to reclaim Big Reed Pond.[/caption]

“The natural reproduction of young charr within Big Reed itself, with no reliance on hatchery-born fish, bodes well for the long-term survival of this unique Maine resource,” said Frost.

Maine Inland Fisheries and Wildlife partnered with The Nature Conservancy, The Bradford Camps, Mountain Springs Trout Farm, and The University of Maine to complete the project.  The Presque Isle High School Aquaculture Facility and the Maine Army Aviation Support facility in Bangor provided significant volunteer assistance.  The Maine Outdoor Heritage Fund provided financial support in three separate grants to help support the hatchery efforts. US Fish and Wildlife Service Sportfish Restoration Funds were critical to this restoration project, as well as most other freshwater fisheries management and conservation efforts by the MDIFW.

“This project had an amazing array of partners. Without the support of each of them, successful restoration of charr at Big Reed would not have been possible,” said Frost.

Big Reed Pond has a surface area of 90 acres, maximum water depth of 53 feet, and mean depth of 21 feet, making it one of the shallowest and smallest Arctic charr waters in Maine.  Big Reed Pond is located in northern Piscataquis County, about three miles north of the Pinkham Road.  The Pond is surrounded by property owned by The Nature Conservancy (TNC) much of which has never been harvested for timber products and is classified by TNC as an ecological forest reserve.  Nearly the entire watershed of Big Reed Pond lies within this property that totals 4,583 acres.  Access to the Pond is either by floatplane or a hiking trail in excess of 1 mile.

Arctic charr are closely related to Maine’s well-known brook trout and lake trout.   Maine’s charr are members of a geographically isolated group that occur in the Canadian provinces of Quebec and New Brunswick as well as the Northeast U.S. There are 325 populations in this so-called Acadian group of Arctic charr and together they are recognized as a distinct sub species Salvelinus alpinus oquassa.  Fourteen populations reside in Maine.