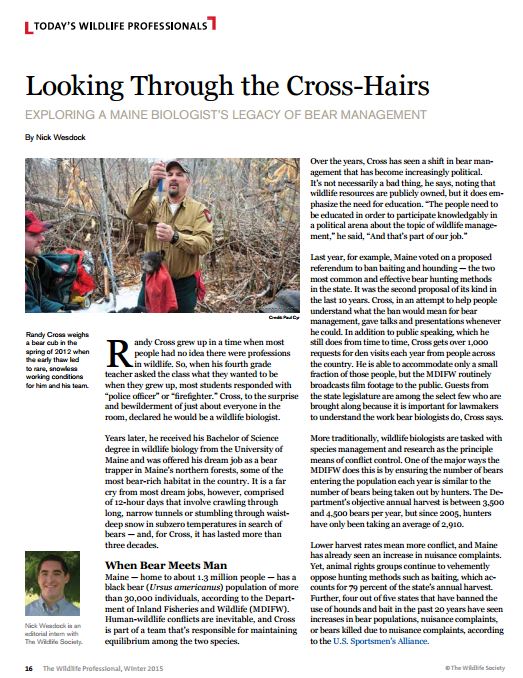 The Wildlife Professional, the quarterly magazine of The Wildlife Society, features Department of Inland Fisheries and Wildlife Biologist Randy Cross and his legacy of bear management in the winter issue. The article focuses on “Exploring A Maine Biologist’s Legacy Of Bear Management” and details Cross’s nearly 35 years of studying Maine’s black bears including sections entitled “Leaving a Legacy” and “Sharing His Wisdom” The article describes the impact Cross has had on Maine’s bear program that has tracked in excess of 3,000 bears since its inception, as well the impact that Cross has had on over 100 individuals that he has worked with or mentored since joining the department. “In over 30 years with the department, the state of Maine has benefitted greatly from Randy’s passion for both bears and those he works with,” said IFW Wildlife Division Director Judy Camuso. The Wildlife Professional is the flagship publication of The Wildlife Society. According to the magazine which is published quarterly, it presents timely research, news and analysis of trends in the wildlife profession. The Wildlife Society, founded in 1937, is an international non-profit scientific and educational association dedicated to excellence in wildlife stewardship through science and education. Their mission is to enhance the ability of wildlife professionals to conserve diversity, sustain productivity, and ensure responsible use of wildlife resources for the benefit of society. To view the article, please click here. [caption id="attachment_1085" align="alignleft" width="398"] 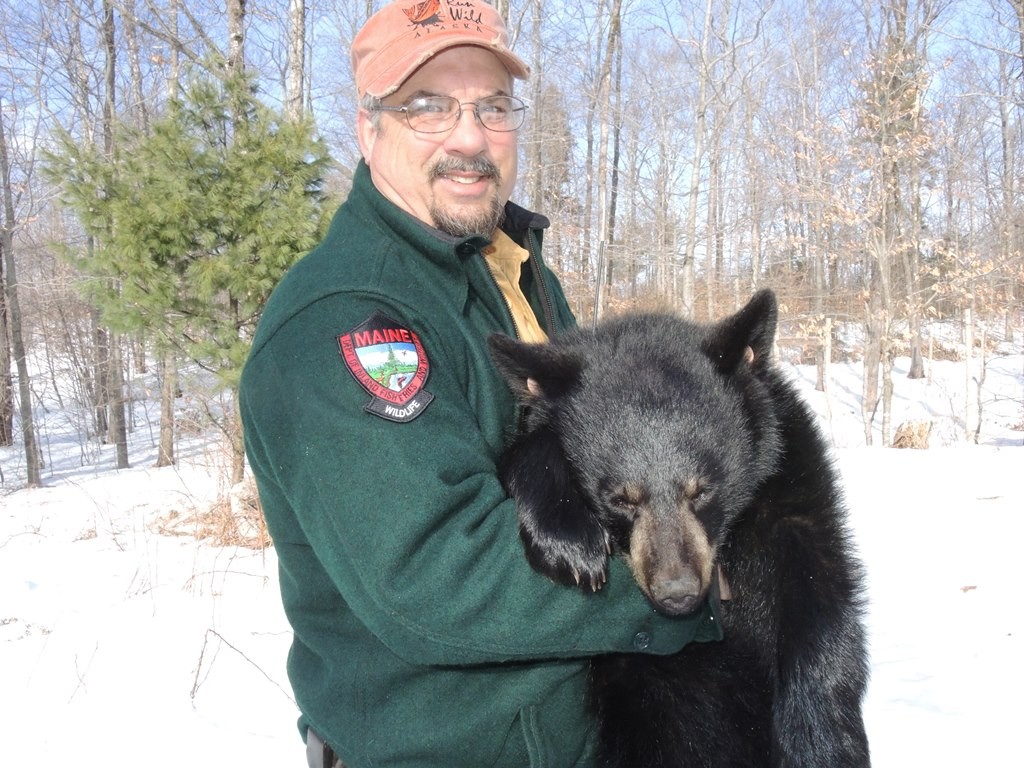 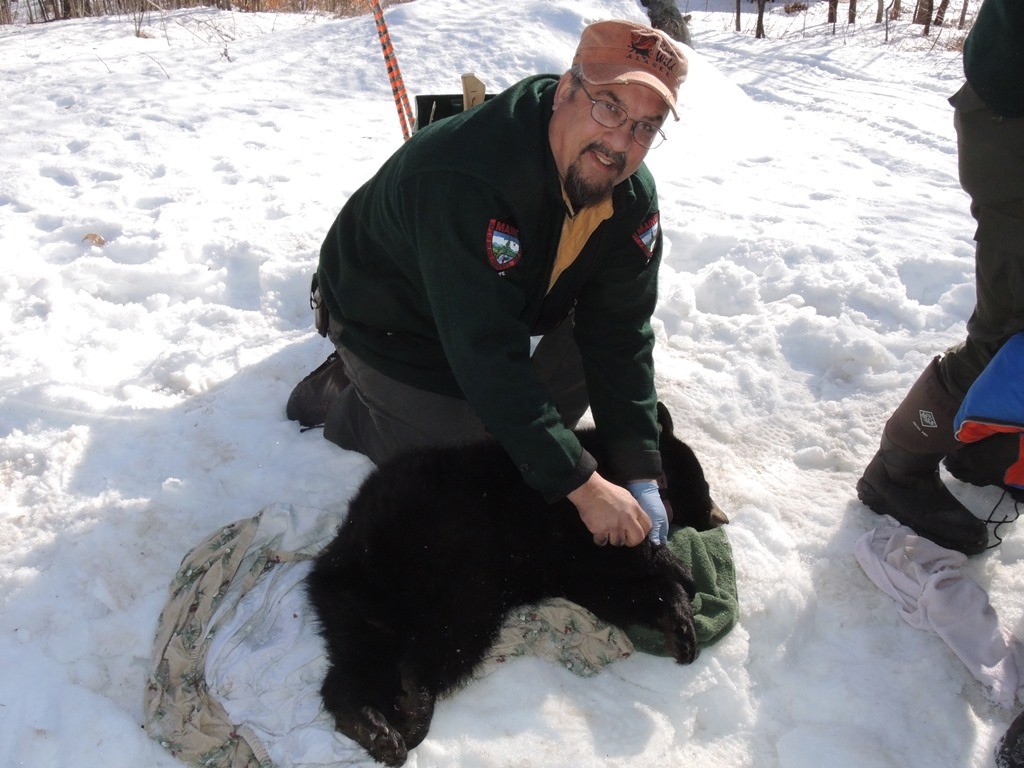