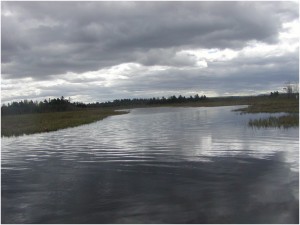 The Dwinal Pond WMA is a large wetland complex with areas of adjacent uplands.  Much of the open wetland was originally created by a wooden cribwork dam and dike constructed on the East Branch of Mattakeunk Stream in Winn. Access to the dam site, flowage and small watercraft launch site on the northwest end of this WMA is via the Springfield Road east from Route 168 at the village of East Winn.  Access to the southwest end of the WMA can be gained by traveling east on Route 6 from Lincoln to the Townline Road at the Springfield/Lee border.  Travel north on the Townline road for about 1 ½ miles until the Gott Brook Road on the left, this road provides access to the uplands on the eastern side of the management area, but is not the recommended route to access the flowage/open wetland. The state ownership is 2450 acres, of which over 860 acres are wetlands with the remainder in forested habitat types.  These wetlands are 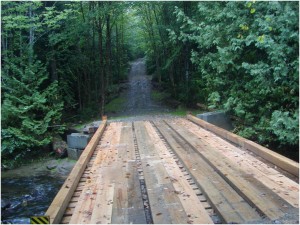 home to a variety of rare natural communities and plants creating habitats that support a number of rare wildlife species.  Rare plants that have been documented on the WMA include:  Pale Green Orchids, Calypso Orchids and Swampfly Honeysuckle.  Rare wildlife species that have been found at this WMA include:  The Sedge Wren (a state listed endangered species), Clayton’s Copper Butterfly, a highly restricted subspecies of butterfly, which is a state listed endangered species.  Shrubby cinquefoil, the host plant for the caterpillar, is abundant on the flowage and Dwinal Pond WMA is the largest of 11 known locations with populations of Clayton's coppers in Maine.  Brook floaters, a rare freshwater mussel was documented to occur in Mattakeunk Stream below the old dam site, in 1994. It is currently considered a state species of special concern. There are an abundance of outdoor recreational opportunities available at the Dwinal Pond WMA.  There are hunting opportunities for big game, small game and waterfowl.  There is a seasonal brook trout fishery early with fishing for warmwater species as the summer progresses.  Trapping for furbearers is available, especially muskrat and beaver.  For the non-consumptive user Mattakeunk Stream is a great place to paddle a canoe or kayak and an excellent way to observe wildlife that inhabits the area.  There are also snowmobile and ATV trails that run through the uplands adjacent to the flowage. 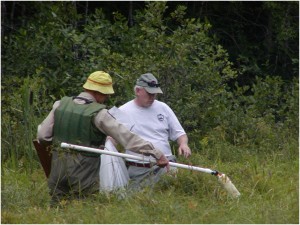 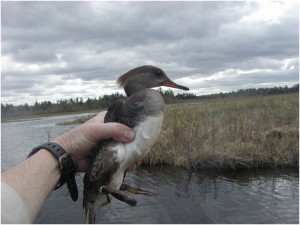 A lot of work goes into managing an area like this for wildlife habitat and public recreation.  Nest boxes for cavity nesting waterfowl are maintained annually. Fruit trees and herbaceous seed have been planted to provide food for wildlife.  A great deal of work has been done on the recreational vehicle trails to help prevent erosion into Mattakeunk Stream.  To maintain the diversity of rare wetland plants and wildlife we have had an ongoing effort to prevent the spread of purple loosestrife, an invasive plant that can takeover wetlands.  Both manual and herbicide control have been employed and we have been able to control the spread of this undesirable species.  We encourage you to visit the Dwinal Pond WMA; it’s a wealth of outdoor recreational opportunities for whatever you enjoy!
Categories