Biologists Capture Trout As They Prepare To Spawn

[embed]https://youtu.be/73HWb9wDrj4[/embed] Come spawning time, brook trout will often congregate in suitable spawning habitat. When there isn’t a lot of spawning habitat available, you can get quite a few fish in a relatively small area. [caption id="attachment_1051" align="alignright" width="363"] 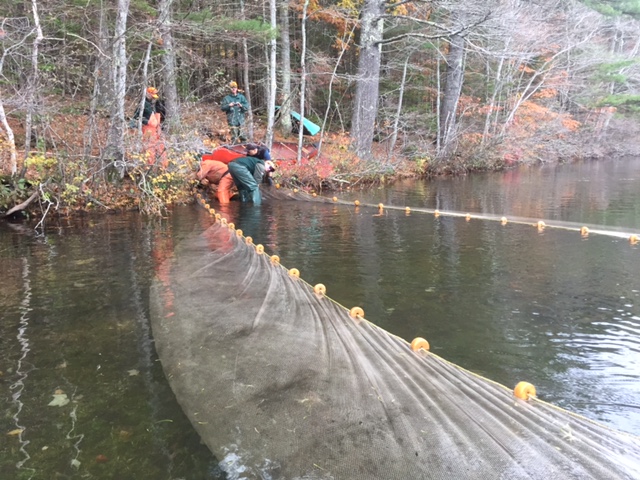 A seine net is tightened and pulled towards the shore.[/caption] When fish congregate like that, our fisheries biologists can get a wealth of information in a relatively short time. Fisheries biologists use a variety of tools to assess fish populations in a waterbody, and one method that can be very effective in the right situation is seine netting. The net, approximately 100 feet long and four feet deep, has buoys on the top and weights on the bottom. The idea is to surround a group of unsuspecting fish, then slowly tighten the seine, corralling the fish in a small area. [caption id="attachment_1057" align="alignleft" width="296"] 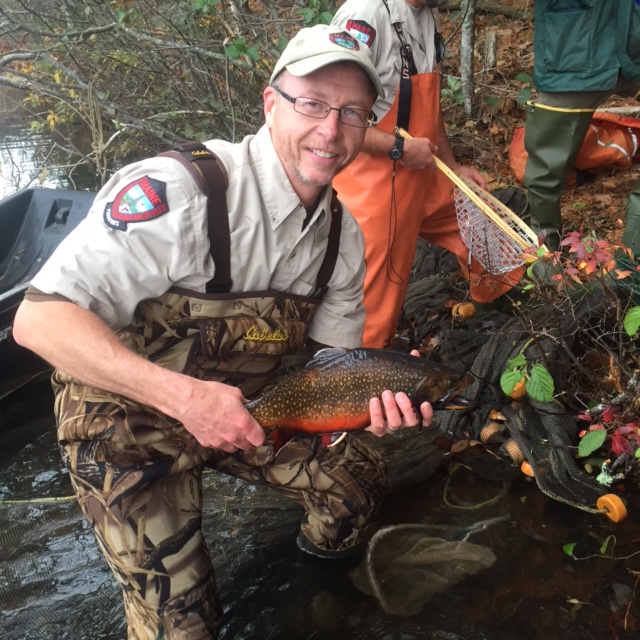 Tom Barrows holds a beautiful brook trout[/caption] This usually works best in a small area where fish are concentrated, like a pool in a river. However, it can work in ponds if fish are congregated in a small area, such as a shoal for spawning. There is a popular trout fishing pond less than an hour’s drive from Augusta where IFW biologists will seine net trout in order to monitor the trout population. Biologists were there earlier this week, and with one pull of the seine, they netted over 40 fish. Avid trout anglers will know from the pictures that these fish are exceptionally healthy. The fish ranged in size from 17-22 inches, and more amazingly, not one fish was under three pounds. The heaviest fish topped out at 5.3 pounds. [caption id="attachment_1056" align="alignright" width="552"] 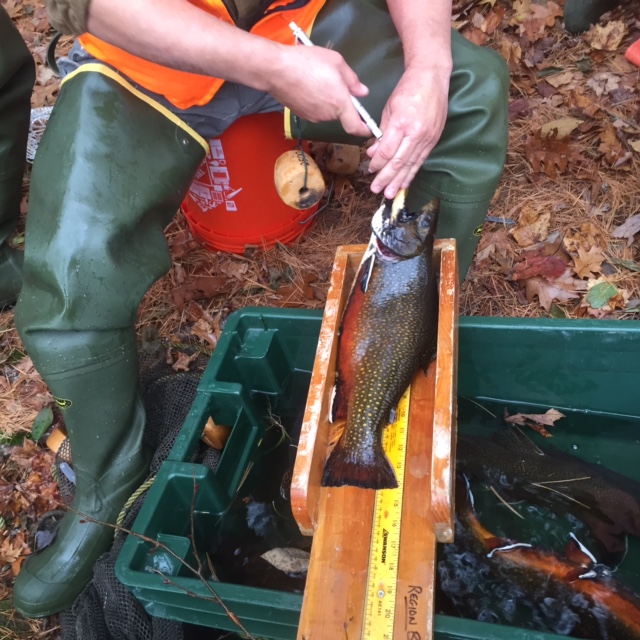 Brook trout captured on this day ranged in length from 17-22 inches, and weighed from 3-5.3 pounds.[/caption] While there is some natural reproduction of brook trout in the pond, spawning habitat is very limited, which is why the department stocks trout to bolster the fishery. By marking certain fins on the fish, biologists can also track the age of the fish, which helps determine how many fish the department should stock each year. Amazingly, some of these stocked fish are over seven years old and have survived for six years in the pond. The pond does receive considerable fishing pressure, which can be documented by some of the hooking injuries on the captured fish. In all, about 50% of the fish that were captured, weighed, measured and released had some type of hooking injury. All the fish were released back into the pond, and since the pond is not open for ice fishing, many of these trophy fish will be there in the spring when anglers are back out on the water.
Categories