The Art and Science of Aerial Insectivores

At first glance, the sky may appear to simply be empty space in which birds, bats, and insects effortlessly fly with a type of freedom we will never comprehend. But, the open air becomes a complex space to navigate when you consider all the variables they contend with at high rates of speed. USGS Research Ecologist, Robb Diehl, Ph.D., sites wind speed and direction, temperature, moisture, air density, odor, polarized light, gravity, and magnetic fields, as constantly changing aspects of “aerial habitats.” Perhaps the most adept animals to pilot this complex terrain are aerial insectivores, who do so with astounding athleticism, whimsical artistry, and stunning grace.

Aerial insectivores are animals that feed almost exclusively on airborne insects while flying. This is frequently referred to as feeding “on the wing.” Birds are often the first that come to mind. Swifts, swallows, flycatchers, and nightjars are all examples of avian aerial insectivores. Many species of bats also eat insects on the wing, speckling the night sky with silhouetted aerial performances. Dragonflies are some of the most important, frequently overlooked, and highly capable aerial insectivores, with practically every aspect of their anatomy engineered for highly controlled flight. Evolutionary history has produced countless adaptations that have led to a wide variety of aerial insectivore species, niches, and methods for achieving catch after catch. Some research even suggests that while many species of aerial insectivores exist in the same area, they may occupy different invisible layers of airspace, coinciding with that of their primary prey.

Birds have also evolved to match their nesting season to the peak availability of their specific diet of insects. This sudden burst of activity is particularly noticeable in highly seasonal settings, such as Maine. Summer is a great time of the year to observe tree swallows in our state. Not only is it easy to spot the adults with their bright white undersides, but the newly fledged young are now visible too. Watch closely, and you’ll notice the young taking short flights on their own, yet still perching to beg from their parents who provide supplemental snacks until they are fully independent. This is a great opportunity to notice the wide, soft mouths, and tailored wings, that are common traits among most aerial insectivores. Don’t let the tiny appearance of nightjars’ closed beaks or their larger bodies fool you. Their wings are just as sleek and efficient as their smaller counterparts, and their mouths gape to a surprisingly massive catcher’s mitt for bugs! Look for them in late summer and early fall evenings when they feed on flying ants in preparation for a long migration.

Tree swallows are lightweight, dynamic, and elegant fliers that seem to perform choreographed dances above the water. Their awe-inspiring maneuverability truly adds an artistic movement to the landscape, but each dip and turn serves a purpose. Tree swallows, like other swallows, common nighthawks, and chimney swifts, use a hunting method called hawking. Hawkers, with boundless energy, continuously fly while feeding. Salliers, on the other hand, fly back and forth or “sally” out from a perch to snag insects, returning to the perch each time to consume their prey. Whip-poor-wills, and various flycatchers, pewees, and kingbirds rely on this method.

If catching unpredictable insects during high-speed flight isn’t impressive enough on its own, imagine now applying this talent in darkness. Bats do have excellent eyesight and hearing, but communicate, navigate, and take on the challenge of night-hunting primarily with echolocation. They emit high-pitched finely tuned soundwaves, which bounce off objects (such as insects) in their surroundings, and return to the bat. Bats then interpret the information to determine the location, shape, and movement of the objects. Luckily, they can distinguish their own frequency from that of others, to avoid confusion, and collisions in busy foraging areas.

The only mammals that can fly, bats belong to the order Chioptera, meaning “hand-wing.” The bones of the bat wing are like that of the human hand, but with greatly elongated finger bones. Double membranes of skin between them form the wing.  Though there are some differences, the overall form and function of bat wings does resemble that of avian aerial insectivores. The flight pattern of bats, however, does often appear more erratic. This is partially because of how they capture their prey once located. While birds stay true to course and use their large mouths to smoothly collect insects, many bats maneuver to scoop up insects using the membrane of their tail, or even their wings, before transferring the meal to their needle-like teeth. Some bats use this strategy at the surface of water, a method called “trawling.”

When it comes to being a precise aerial predator of insects, there is only one group of critters that could conceivably surpass the resume of both birds and bats- dragonflies. Oddly enough, they themselves are insects, and spend most of their lives in water before emerging as adults, and quickly mastering the sky. Many studies have estimated the predation success of adult dragonflies to be between 90 and 99%, making it difficult to deny that they truly are the ultimate aerial insectivore. These ancient creatures have long been an inspiration to modern technology. Biologists and engineers alike have always marveled at dragonflies’ unmatched anatomy for controlled flight, complex vision, and powerful nervous system. Dragonflies equally captivate casual observers, outdoor enthusiasts, and artists, with their striking display of patterns, iridescence, and colors.

Dragonflies have four wings, and can be distinguished from damselflies by the resting position of these wings perpendicular to the body. The wings are powered by substantial flight muscle which make up a significant portion of the total body weight. What’s amazing, is that each wing can be independently controlled, each performing different functions at any given time. Their ability to individually adjust the wing shape, position, and beat allows them to hover, move in any direction (including backwards) and change course almost instantaneously. Now that’s multitasking! 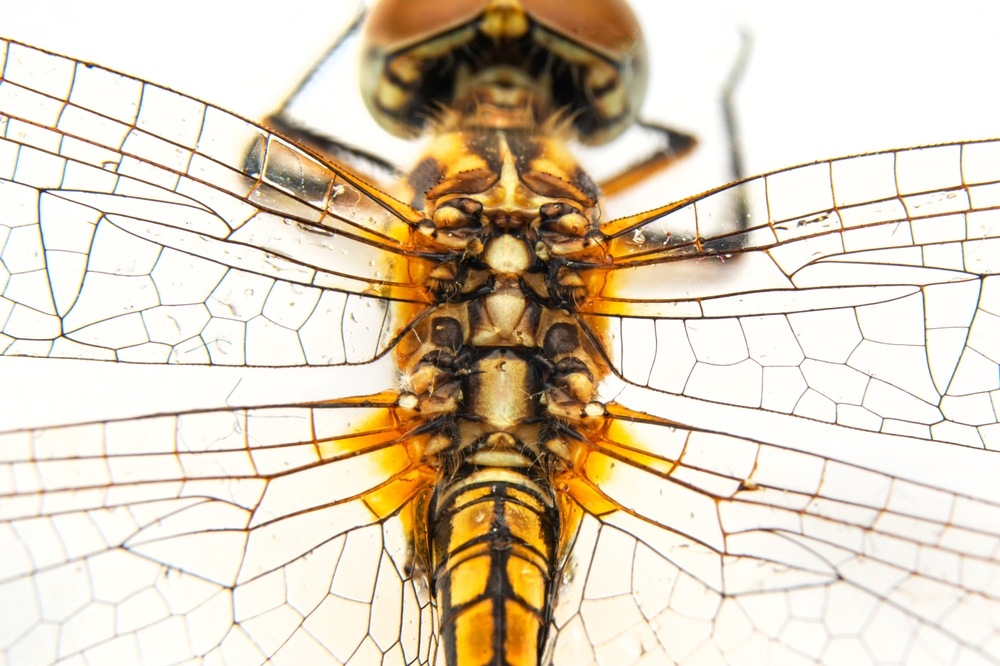 Dragonflies are visual hunters. Their enormous compound eyes provide them with a nearly 360-degree field of view. Because the eye has tens of thousands of lenses, the dragonfly can see in all directions simultaneously. They also can see far more colors than humans and have the ability to process both UV and polarized light. None of this would matter if their nervous systems weren’t wired to handle what, for us, would be visual information overload. Weak in other senses, nearly all of their brain is devoted to visual processing. The unbelievable speed at which they process visual cues effectively allows them to view the world in slow motion, frame by frame. Combine this with their flight ability, and you can see why they don’t often miss. 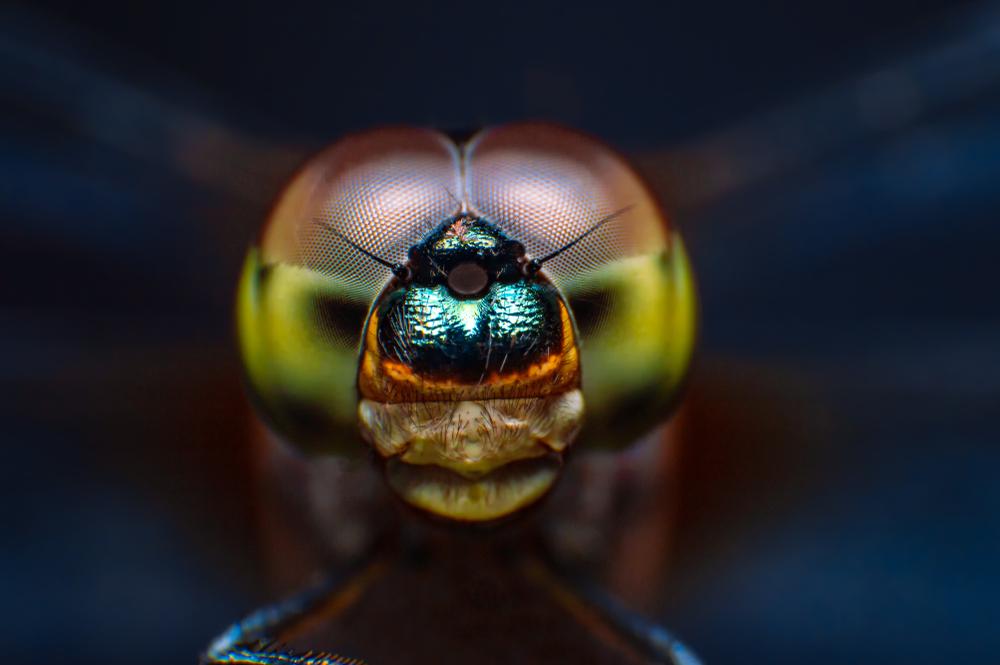 The aptitude of aerial insectivores contributes an immeasurable benefit to the balance of ecosystems. The value of the ecosystem services they provide in the form of insect population control, disease control, aesthetic inspiration, and academic development should not be underestimated. Who knew eating bugs for breakfast was such an important job!