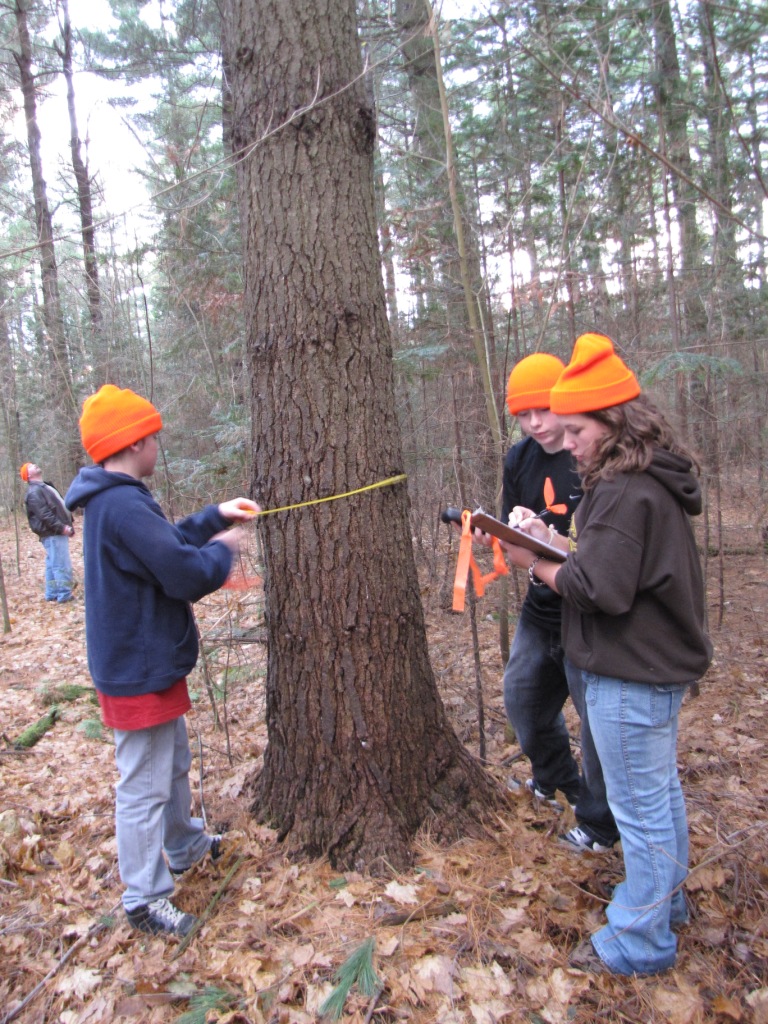 [/caption] On a brisk fall afternoon after most students have headed home from Sebasticook Valley Middle School, 10 students remain.  They each don a hunter orange cap supplied by the school and head outside.  Today’s meeting of the Maine Outdoors Club is a unique one.  They have two guests: Brad Allen and I, both biologists with the Maine Department of Inland Fisheries and Wildlife (MDIF&W). Though it is hunting season, the students are not going to learn about hunting laws or ethics.  Instead, they will assist with monitoring a great blue heron colony located literally in their back yard, right on school property. The school district’s great blue heron colony was originally reported to MDIFW by local residents in 2009.  The initial ground visit by biologists last April revealed only six nests, but the breeding season had just begun and the colony was likely not yet fully occupied.  An aerial survey of the site in late June revealed an estimated 30 nests, most containing nestlings. The Nokomis Regional High School has been doing surveys for black terns [a state endangered species] for MDIFW for over 20 years, so the fact that a heron colony showed up on school district property was very fitting.  The recent startup of the Maine Outdoors Club at the neighboring Sebasticook Valley Middle School, and my involvement as a contact person with MDIFW was also timely. It seemed like a natural fit for the club to ‘adopt’ this colony and monitor it into the future. Faculty members Skip Walsh and Bernie Welch are co-advisors of the Maine Outdoors Club, which is an after-school program for students who not only have an appreciation for Maine’s wildlife and natural resources but also enjoy fishing, hunting, and other outdoor sports.  The club has about 30 members, who meet as smaller groups twice a week. We met with the group on Nov. 18. [caption id="attachment_472" align="alignleft" width="300" caption="This is what we see when we search a white pine stand for heron nests. Do you see one or more nests?"] 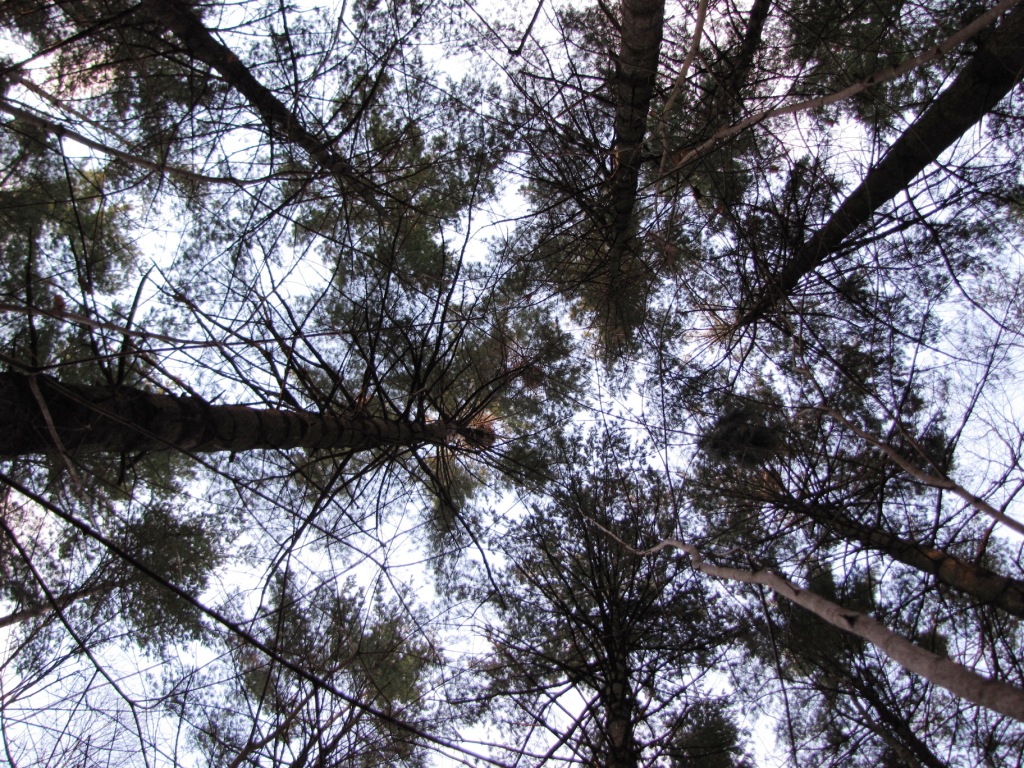 [/caption] The ten students split up into three groups, each equipped with a measuring tape, clipboard, GPS unit, plastic bag, and flagging tape.  There was no expectation that the students would see a great blue heron on their outing because the birds finished breeding in August and no longer reside at the colony.  Instead, they were on a mission to find the birds’ conspicuous stick nests.  At each nest tree they recorded the GPS location, the diameter at breast height, tree species, whether the tree was live or dead, and the number of nests in the tree.  Their final task was to look to the ground for heron and prey remains.  Heron and prey remains could be food remains, feathers, eggshells, or even the remains of heron nestlings.  All this work requires a lot of time on the ground within the colony, which during the breeding season would be extremely disturbing to the herons, possibly causing nest failures or complete abandonment of the colony.  In the fall, there is no risk to the birds. After only an hour in the woods, the three teams were extremely successful.  They located and recorded data on 27 nests in 23 trees, and found heron remains including a skull, mandible, wing bone, pelvic girdle, and feathers; heron eggshells; and fish bones and scales.  The tree data will help biologists better understand heron nesting habitat, and the heron and prey remains will be used in research to determine whether these herons get their nutrients from freshwater or marine sources.  While they likely feed in nearby Nokomis Pond or Sebasticook Lake, marine nutrients could be entering the system if anadromous fish are present in the watershed.  Anadromous fish play an important role in transporting marine nutrients inland. The great blue heron colony visit was part of the club’s Ecology Program where the students use scientific inquiry and do hands on experiments to become experts in Maine’s wildlife and their habitat.  Working side by side with professional wildlife biologists can leave a lasting impression on the students.  According to Walsh, “They really felt part of something important.  In the short time they had while waiting for their rides home, many of them were on their lap-tops looking up more information about the great blue heron.  As they got into their parent’s cars, they couldn't wait to tell their parents about their experience." [The above article was also printed in the Bangor Daily News on 11/23/2010.]
Categories