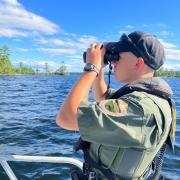 The Maine Warden Service Deputy Warden Program is a great starting point for aspiring Game Wardens. Several Deputy Wardens are hired each year for part-time summer positions patrolling lakes where there is a high concentration of boating activity.
Categories 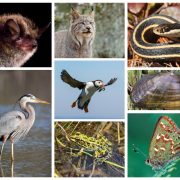 Recovering America’s Wildlife Act is an opportunity to protect and enhance fish and wildlife in Maine and the United States for future generations.
Categories

Maine has Another Productive Plover Year 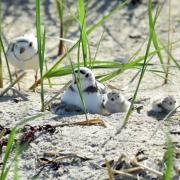 Only a short 40 years ago, the piping plover population had a grim outlook with a mere seven pairs recorded in the entire state of Maine. These beach habitat specialists are nearly always found in open sandy areas near water. Consequently, these are the same areas that have been heavily developed and used by beachgoers over the years, leading to the sharp decline of the state’s population. 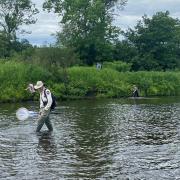 MDIFW Biologists conduct wood turtle surveys to verify and track occurrences of the Species of Concern, improve knowledge of habitat use and home range, and effectively map them for conservation planning.
Categories 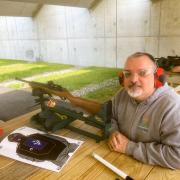 Since the modernization of the Summerhaven Shooting Range in Augusta, doors of opportunity have opened, providing safe access for the public to practice shooting and cultivating sportsmanship and participation in a healthy but challenging environment. Reforming the shooting range has delivered more versatile yet comfortable conditions for participants, and simultaneously has offered trained and certified Range Safety Officers (RSO) to provide efficient and sound assistance. 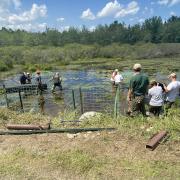 To learn more about the biology and ecology of beavers, and ways to live with them, Maine Department of Inland Fisheries and Wildlife (MDIFW), The U.S. Department of Agriculture (UDSA) -Wildlife Services, and the town of Dixmont partnered and held a training, open to those who might have direct or direct involvement with beaver conflicts, to demonstrate the best ways to live with beaver.
Categories