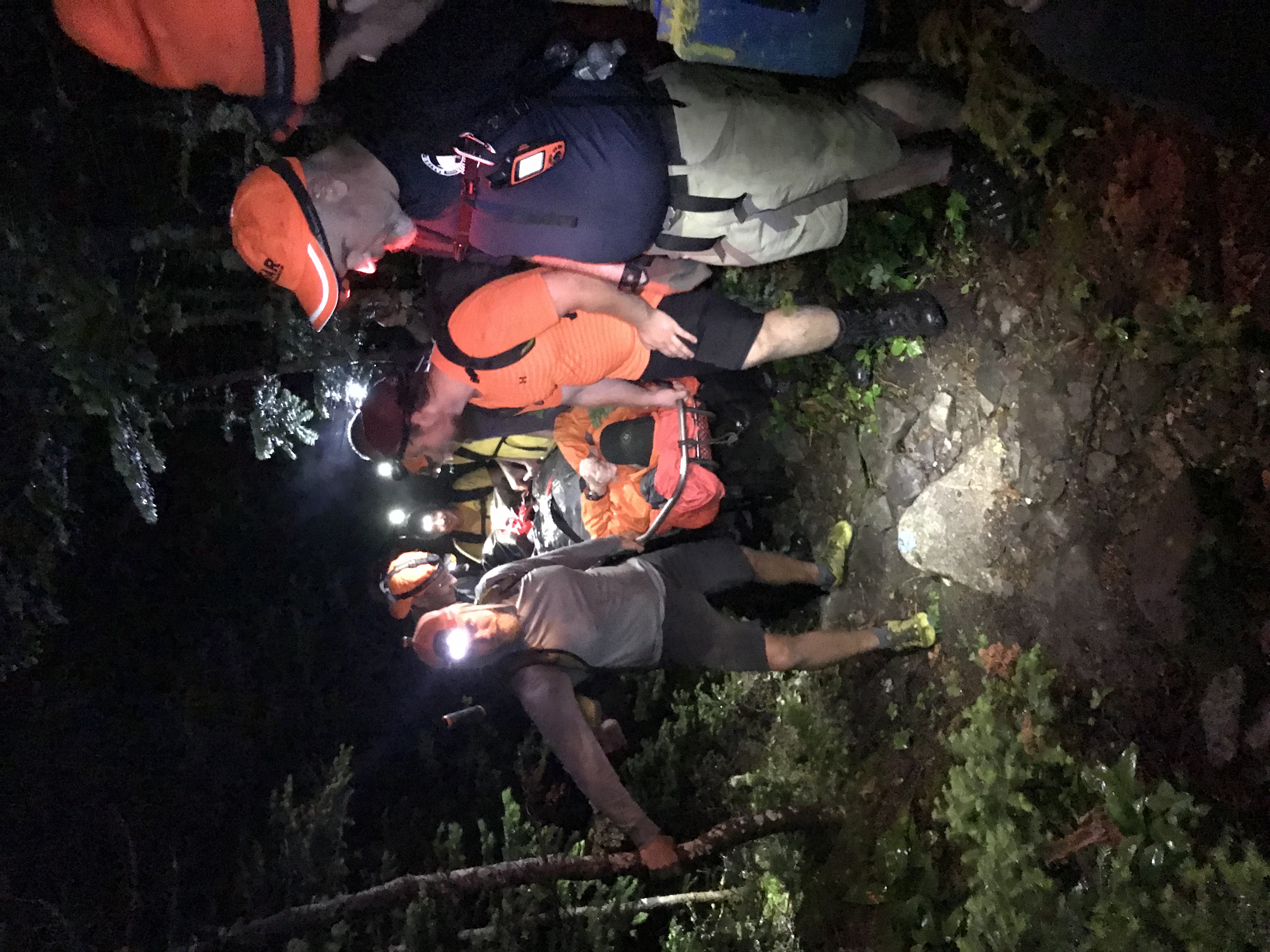 MOUNT ABRAM TWP, Maine - Maine Game Wardens and approximately 35 first responders and volunteers rescued an injured Appalachian Trail hiker on Spaulding Mountain in Mount Abram Township last night, carrying him from the top of Spaulding Mountain to the summit of Sugarloaf Mountain, then transporting him down the ski resort mountain by vehicle.

"Without the assistance from all of the first responders and volunteers, getting Mr. Archdale off of the trail would have taken much longer. Trail conditions were wet, rocky and steep. It was a great coordinated effort by all involved to get rescuers to the top of Sugarloaf and carrying Mr. Archdale off the mountain. We have a great group of people in Franklin County to make rescue operations like this one run smooth," said Maine Game Warden Sergeant Scott Thrasher.

Richard Sullivan, 65 of Archdale, NC, was hiking the length of the Appalachian Trail from Maine to Georgia with his son Daniel Archdale, 36. The pair were at the top of 4,009 foot Spaulding Mountain when he slipped and fell, likely breaking his right ankle. Archdale was unable to walk and called 911 at approximately 1:00 p.m.

Archdale was in a remote section of the AT where access is difficult. Trail conditions were wet, rocky and steep. Rescuers reached Archdale by first traveling to the top of 4,237' Sugarloaf Mountain by vehicle on a maintenance road, and then hiking approximately 3.5 miles down the back side of Sugarloaf Mountain to Archdales location on Spaulding Mountain.

Rescuers first reached Archdale around 5 p.m. Rescuers used a special rescue litter equipped with a mountain biking wheel mounted on the bottom of the litter to assist taking Archdale back north on the Appalachian Trail and up Sugarloaf Mountain to an awaiting vehicle. It was approximately 10:40 p.m. when rescuers had Archdale at the top of Sugarloaf. Archdale was then transported down the mountain and taken to Carrabassett Valley Fire Department where he was then transported by NorthStar Ambulance to Franklin County Memorial Hospital in Farmington.