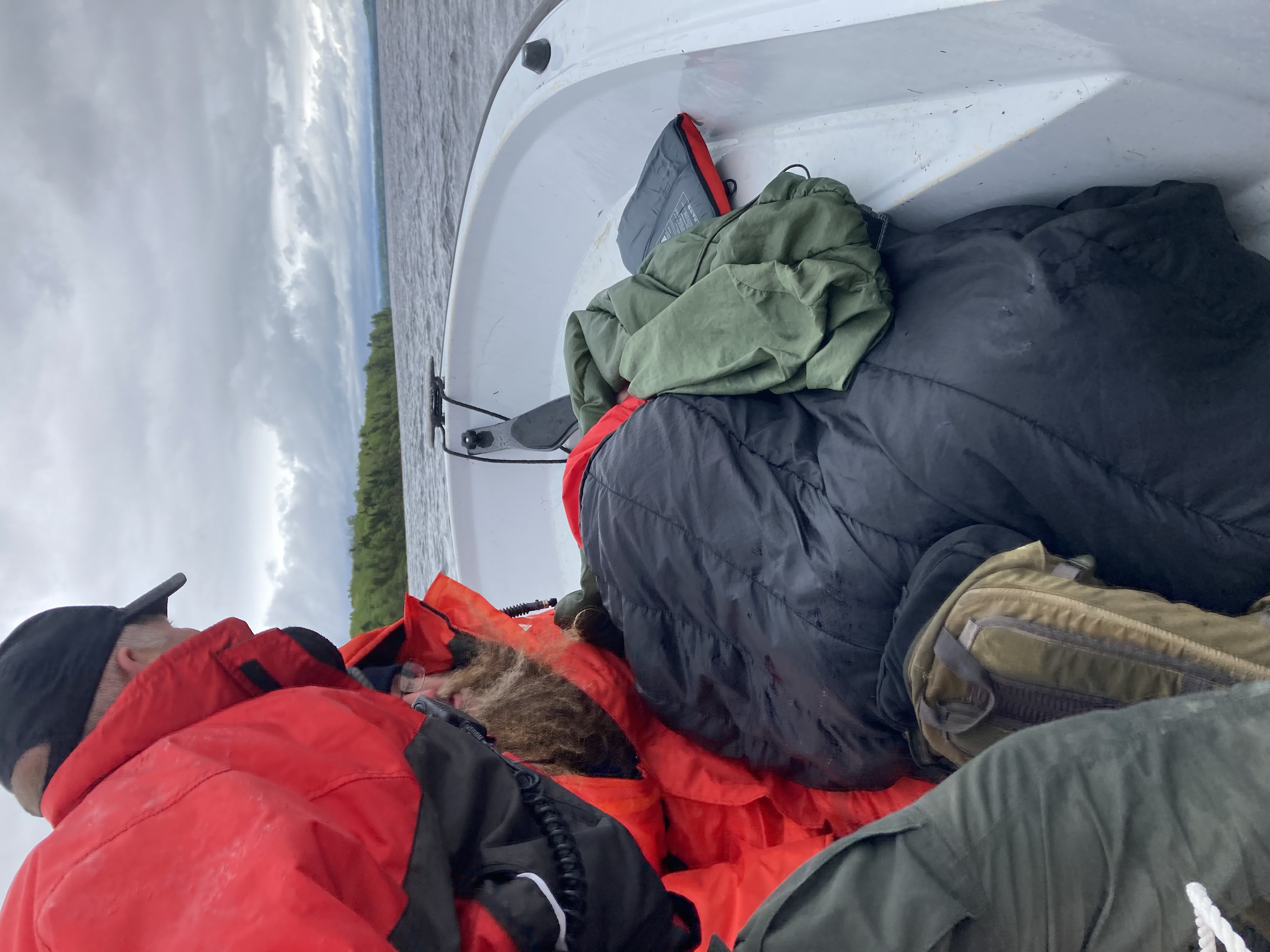 T7, R13, Maine -- The Maine Warden Service, with the help of an Allagash Wilderness Waterway Ranger, rescued two capsized canoeists on Chamberlain Lake in Northern Piscataquis County yesterday morning. The pair were in the water for over 90 minutes, and likely would have drowned in the cold water if not for wearing their PFDs (personal floatation devices).

Joshua Tinnel, age 43, and Shawna Robinson, age 51, both of Nitro, West Virginia, were on Chamberlain Lake canoeing a portion of the Allagash Wilderness waterway when their 16' canoe filled with water in the high winds and capsized at approximately 9:30 yesterday morning.

The pair quickly became separated from their canoe in the high winds, and they activated the SOS feature on their GPS beacon, which transmitted their location to the Maine Warden Service.

Warden James Gushee and Warden Mark Hutchinson were in the area, and enlisted the help of Allagash Ranger Jay Young, who had a Boston Whaler that could handle the rough winds docked nearby at the north end of Chamberlain Lake. The trio were able to motor to the spot transmitted by the GPS, and then located Tinnel and Robinson, floating with their gear in the high waves While Young maneuvered the boat, Gushee and Hutchinson where able to haul Tinnel and Robinson into the boat where they could administer care. The pair were hypothermic, and wardens wrapped them in sleeping bags, and then took them to the Allagash Ranger Station where they warmed up, and then were released.

"If they were not wearing their PFDs, this story would have had a very tragic ending," said Maine Warden Service Lieutenant Tom Ward. Hypothermia sets in quickly with water temperatures this cold, and their life jackets saved them.

This is the third incident in the past month where the Warden Service has rescued capsized paddlers who were able to stay afloat because they were wearing PFDs. The Maine Warden Service urges all boaters to wear their life jackets.