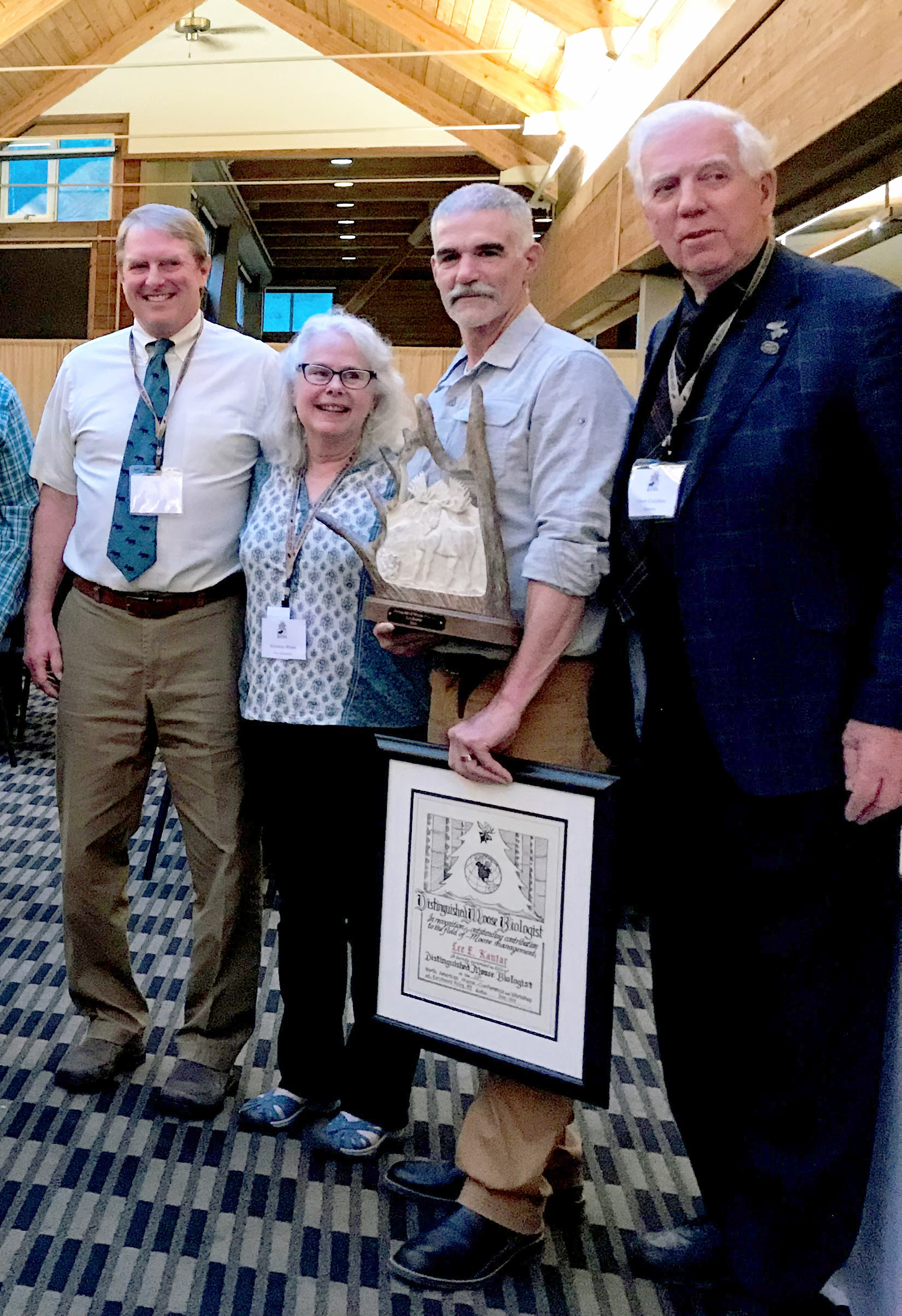 AUGUSTA, Maine -- Lee Kantar, Maine's moose biologist with the Department of Inland Fisheries and Wildlife, was honored with the Distinguished Moose Biologist Award by his peers at the 53rd North American Moose Conference last week in Carrabassett Valley, Maine.

"Maine has the most progressive and scientific moose management program in the United States, and Lee is the engine that drives that - he is most deserving of the award," said Peter Pekins, Professor of Wildlife Ecology at the University of New Hampshire Professor and past recipient of the award.

The award was established in 1981, to honor and publicize the outstanding contribution of an individual, individuals, and/or organizations to moose management. It is not given out every year, and since its inception, recipients include those from the United States, Canada, Sweden, Finland and Norway.

"Lees work and dedication to Maines moose is exceptional. Maines moose survival study is pioneering in both its scope and numbers and has been a model for other states and provinces," said MDIFW Commissioner Judy Camuso.

Dr. Walter Jakubas, head of MDIFWs mammal group, nominated Lee for the award and stated: "Since his hire, he has transformed and built a moose management program that is arguably one of the most modern and comprehensive programs in the States...He is conducting the largest research effort with radio-collared moose in the States (over 500 collared animals in 5 years) while working cooperatively with New Hampshire and Vermont as part of a larger regional effort....He has become a pillar of moose management in the northeastern US and North America, and without question, is deserving of this honor and recognition." Maine has over 60,000 moose, the most in the lower 48 states. Moose were plentiful in Maine during the 1600s but by the early 1900's, moose populations in Maine had declined to an estimated 2,000 due to unregulated hunting, clearing forestland for farming and increased incidence of brainworm attributed rising deer populations. Since that time, increased protections, management and improved habitat have allowed the moose population in Maine to thrive.

Photos Courtesy of MDIFWLee Kantar was honored with the Distinguished Moose Biologist Award by his peers at the 53rd North American Moose Conference last week in Carrabassett Valley, Maine. Lee is pictured here, left to right, with past recipients Peter Pekins of the University of New Hampshire, Kristine Rines of New Hampshire Fish and Game, Lee Kantar, and Vince Chrichton of Manitoba.