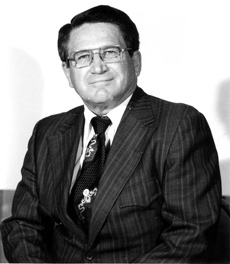 Robert York enlisted in the Navy at the beginning of World War II. He served aboard the USS Morrison in the South Pacific until it was hit and sunk off the coast of Iwo Jima. He then received a post at the Office of Naval History in Washington, D.C., where he worked until being discharged in 1946.

York was active in several historical organizations, including the Maine League of Historical Societies and Museums, the Pejepscot Historical Society, and the Harpswell Historical Society. In 1956 Governor Edmund S. Muskie appointed him State Historian, which he held until shortly before his death on June 17, 2004 at the age of 89. He viewed his role as State Historian as a natural extension of his 51 year classroom teaching career. His mission was to educate Maine people about their history through countless talks to schools and colleges, civic, church, and business groups, and historical societies. He also helped to found historical societies, encouraged the publication of town histories, and successfully campaigned for the establishment of the Maine State Archives.

In recognition of his service to the State of Maine, the Maine Legislature adopted a resolution in 2004 thanking Robert M. York for his efforts on behalf of Maine history. The citation read in part, “We salute Dr. York’s dedication, diligence and delight in the education of three generations of Maine students across half a century, and his enrichment and enthusiasm for the field of Maine history, made broader and deeper by his contributions to coming generations.”