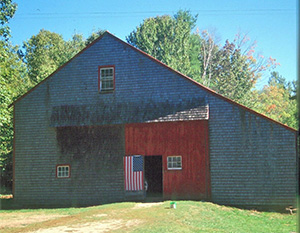 The commemoration of Maine’s bicentennial of statehood in 2020 is being led by the Maine Bicentennial Commission.  For more information, go to Maine 200.

Where did Mainers vote for Statehood?

The Maine Historic Preservation Commission announces the release of CREATING MAINE STATEHOOD: A survey in recognition of Maine's Bicentennial.

In the towns of the District of Maine in 1819 voting for statehood, or to approve the proposed state constitution, could have occurred at a town hall, a meeting house, a tavern, a private residence or a school. In 1820 the announcement or statehood may have been read from the steps of these buildings or announced in a common or posted on a tree.

As the Bicentennial of Statehood approaches this survey seeks to identify the physical places in each Maine community that were associated with the 1819 vote for statehood and the announcement that Maine had been granted state status in 1820. Communities are encouraged to search their record books for information on where the votes were taken in 1819, or from which the Proclamation of Statehood was delivered the following year.

The information collected here will be used to curate a narrative story map that helps Mainers to envision the places where Maine was created, one vote at a time.

Anyone can undertake the research and post information to the survey. So please share this with your community's schools, scouts, historical societies, or town officials and complete the survey for your town or city.

This survey is now closed. Thank you for your participation.

To commemorate Maine’s bicentennial, this rotating exhibit will highlight historic properties that are listed in the National Register of Historic Places and that were in existence when statehood was attained in 1820. A different property will be featured each weekday during the bicentennial year.  The photographs and most of the narratives were written by Amanda Taylor, John Taylor, Erin Ware, and Kate Willis, of Kleinfelder.  Additional narratives were prepared by Alexander Berardo.  This project was funded through a grant from the Maine Bicentennial Commission. 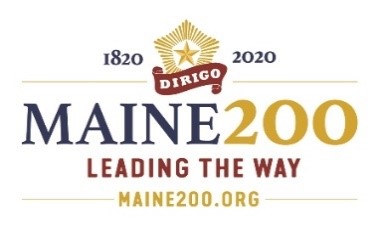