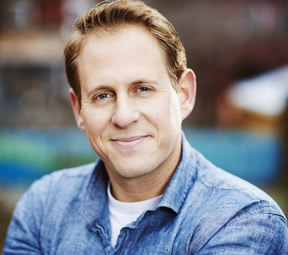 Governor Janet Mills announced today that she will nominate Andrew Butcher, Director of the Maine Broadband Coalition, to serve as the first President of the newly-established Maine Connectivity Authority.

The Maine Connectivity Authority, the new State entity charged with achieving universal availability of high-speed broadband in Maine, was proposed by Governor Mills and created through bipartisan legislation sponsored by Senator Rick Bennett (R-Oxford) and co-sponsored by Representative Seth Berry (D-Bowdoinham) and the Co-Chairs of the Legislature’s Broadband Caucus. The Legislature unanimously passed the bill, and Governor Mills signed it into law on June 25, 2021.

In addition to serving as the Director of the Maine Broadband Coalition, Butcher also serves as the Director of Innovation and Resilience for the Greater Portland Council of Governments (GPCOG) and has extensive experience in broadband expansion and deployment. As Director of the Broadband Coalition – an organization that represents and advocates for businesses, communities, and internet users to secure affordable and equitable access to broadband connectivity – he co-led the successful effort to pass Governor Mills’ 2020 bond proposal providing $15 million to expand broadband. He also partnered with the Maine Technology Institute, the Connect Maine Authority, and the Maine Community Foundation to oversee data collection to support broadband deployment. Under his leadership, the organization has grown ten times in size, bringing in new members to promote the importance of broadband.

As Director of Innovation and Resilience at GPCOG, Butcher supports the agency's lending programs, sustainability, resilience, and broadband initiatives. He has launched innovative financing programs, developed a Resilience Corps to enhance capacity for local government agencies, and spearheaded multi-town collaboration efforts to build out smart and connected infrastructure.

Butcher has a Master of Science in Public Policy and Management from Carnegie Mellon University and a bachelor’s degree in Political Science from American University. He is the recipient of the Echoing Green Global Fellowship for Social Entrepreneurship and served as a Coro Fellow in St. Louis, Missouri. He lives in Portland with his wife and two children.

“Andrew’s expertise in broadband and his wealth of experience in cross-community infrastructure and financial management position him well to take on this important new role,” said Governor Janet Mills. “Expanding access to affordable broadband is central to strengthening our economy and to providing educational, telehealth, business, and workforce opportunities to people in every corner of our state. With funding through the American Rescue Plan and Maine Jobs & Recovery Plan, we have the resources to expand broadband and connectivity generally. I look forward to working closely with Andrew to make that happen.”

“I am honored that Governor Mills will nominate me for this position,” said Andrew Butcher. “I have dedicated a large part of my professional career to expanding access to affordable broadband because I know just how crucial it is to the success of Maine communities, especially those in rural Maine. I share Governor Mills’ commitment to making sure that people in every corner of the state have access to affordable broadband and, if confirmed, I will do all I can to put the unprecedented funding our state is receiving to good use on behalf of Maine people.”

In addition to the role of the President, the Maine Connectivity Authority is governed by a seven-member board. Governor Mills swore in the members of the Board on July 20, 2021, just one day after they were unanimously confirmed by the State Senate.

The Authority is empowered to own physical broadband infrastructure, such as poles and wires, and hold equity in broadband projects. It is also empowered to provide grants and loans and partner with the private sector and local communities to leverage investment and coordinate buildout of infrastructure. The Authority positions Maine to take a more proactive approach to closing the digital divide in rural and hard-to-reach communities that will focus on meeting Maine’s current and future needs, rather than reacting in a piecemeal fashion with various private companies to construct a patchwork of infrastructure.

The Authority will work to ensure three goals: that effective, accessible connectivity be universally available in the state; that there be secure, affordable, reliable, competitive and sustainable forward-looking infrastructure that can meet future needs; and that all residents, businesses and institutions in Maine be able to take full advantage of the economic, health, educational, and other opportunities available through connectivity services.

The Maine Connectivity Authority is the next step forward in Governor Mills’ commitment to expanding access to affordable broadband in Maine, one of her top priorities. Last year, the Governor secured the approval of a $15 million bond proposal for broadband, the first new investment in internet expansion in more than a decade. Governor Mills announced earlier this year that funding through the bond has been approved for 20 projects in 11 counties across Maine serving 8,571 locations. The Mills Administration is also spearheading a broadband mapping initiative to facilitate the expansion of broadband into areas with inadequate service.

During the pandemic, the Governor also dedicated $5.6 million in CARES Act Coronavirus Relief Funds, in partnership with private internet providers, to build out permanent internet infrastructure to more than 730 students across rural Maine. The initiative built on the Mills Administration’s previous work to secure mobile hotspots and learning devices for nearly 24,000 students across Maine after schools suspended in-classroom instruction and adopted remote learning earlier this year.