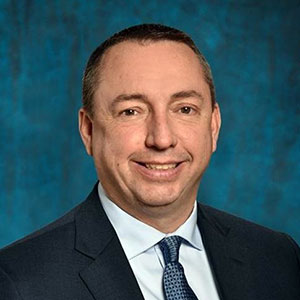 Commissioner Sauschuck oversees the State of Maine’s public safety bureaus to ensure efficient delivery of the services those agencies provide. These public safety bureaus include: Capitol Police, Consolidated Emergency Communications, Maine Criminal Justice Academy, Drug Enforcement, Emergency Medical Services, Fire Marshal's Office, Gambling Control, Highway Safety, and Maine State Police. Sauschuck, who grew up in the former Franklin County town of Madrid, has a long and distinguished career in law enforcement that spans 24-years, dating back to his time as a reserve police officer with the Old Orchard Beach Police Department from 1994 to 1997. In 1997, he was hired by the Portland Police Department and served in a number of capacities with progressively more responsibility through the years, including as an officer; patrol Sergeant; patrol Lieutenant: shift commander; Commander of the uniform operations group; Assistant Chief of Police; and ultimately, Chief of Police – a position he held from 2012 to 2018.