WHEREAS, Samantha Smith, a Maine native, looked upon the Cold War between the United States and the Soviet Union with the innocence of a ten-year-old child; and

WHEREAS, through a letter to Soviet Premier Yuri Andropov, Samantha Smith expressed her fears of the possible threat of nuclear holocaust; and

WHEREAS, after receiving the letter, Premier Andropov invited Samantha Smith to visit the Soviet Union where she learned that its citizens, especially its children, were very similar to those in Maine; and

WHEREAS, as one of our country’s youngest ambassadors for peace, Samantha Smith helped ease the tensions between the two countries, opening the door to greater understanding and friendship among nations of the world; and

WHEREAS, while at the age of thirteen Samantha Smith died tragically in a plane crash before the Cold War truly ended, her legacy of peace and goodwill still lives on; and

WHEREAS, in accordance with 1 M.R.S. § 126, the first Monday in June of each year is designated as Samantha Smith Day, in memory of Samantha Smith whose birthday was June 29th;

NOW, THEREFORE, I, Janet T. Mills, Governor of the great State of Maine, do hereby proclaim June 6, 2022 as

throughout the State of Maine and I urge all citizens to observe this day in suitable places with appropriate ceremony and activities.

In testimony whereof, I have caused the
Great Seal of the State to be hereunto affixed
GIVEN under my hand at Augusta this first
day of June Two Thousand Twenty-Two 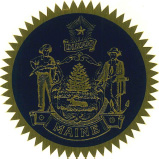