Governor Janet Mills today presented the Legislature with a supplemental budget proposal that invests in bipartisan priorities, including continuing to rebuild state government to protect the health, safety, and well-being of Maine people, enhancing workforce and economic development efforts in the face of a tight labor market, and increasing the State’s Budget Stabilization Fund.

“The economic forecast and revenue projections are generally positive, with more than half of the projected revenue being one-time funds, permitting us to identify specific needs to present to the Legislature in the form of a supplemental budget. In preparing this proposal, we asked one question: what problems do we need to solve now to protect the safety and welfare of Maine people and the Maine economy?” said Governor Mills. “This supplemental budget reflects three bipartisan priorities: setting aside money in the State’s Rainy Day Fund to protect against an economic downturn; rebuilding and strengthening services that protect the health, safety and well-being of Maine families; and enhancing workforce and economic development to create a robust, skilled workforce that responds to the immediate needs of the educational and business community.”

Additionally, Governor Mills today proposed to the Legislature a “connections” bond package that includes $15 million to expand access to high-speed internet for Maine people and businesses, a top economic development priority for the Administration, and $100 million for transportation funding that the Maine Department of Transportation built into its recently-released workplan.

“This supplemental budget is balanced. It does not create new programs. It takes care that one-time monies are used to fulfill our obligation to fund schools, child welfare and public safety with existing programs, while leaving $6 million in unallocated funds to be dealt with by the legislature,” continued Governor Mills. “As the Legislature puts their own fingerprints on this document, I ask that they do so with caution and care, balancing the health and safety of Maine families and our workforce needs with the long-term health of the state.”

In addition to the increase in the BSF, the supplemental leaves $6.0 million on the table for the Legislature to consider and direct as it sees fit.

Rebuilding State Government: The Mills Administration has made rebuilding state government and enacting voter-approved laws a priority. This supplemental budget continues that work by calling for critical investments in vital state government infrastructure and personnel in order to protect the health, safety, and well-being of Maine people, including:

Fulfilling a promise from her State of the State Address, the supplemental budget also calls for a doubling from $50,000 to $100,000 of the State benefit provided to the families of fallen first responders. 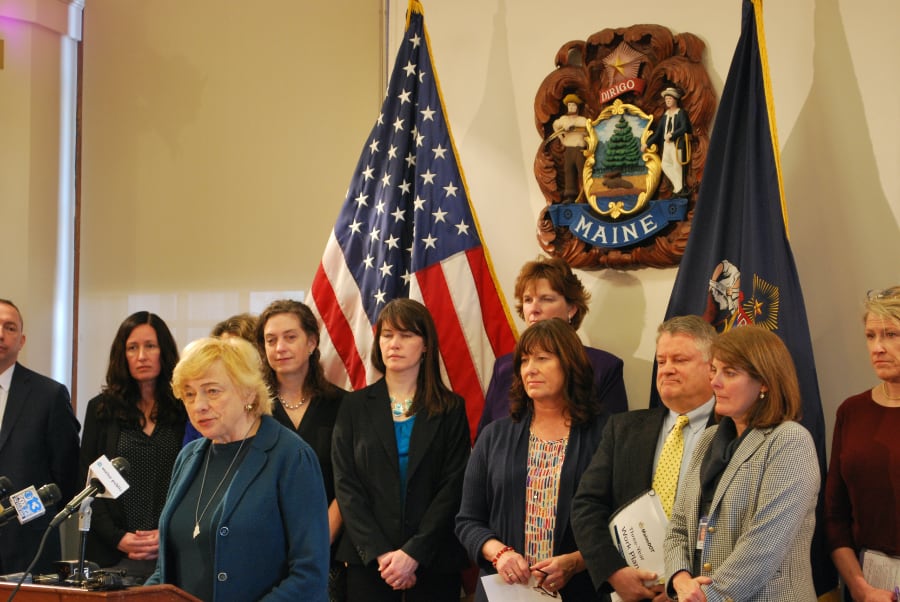 The Fiscal Year 2020-2021 biennial budget, passed last year with two-thirds bipartisan support and signed into law by Governor Mills, set state appropriations at $8.012 billion. This supplemental proposal, which takes into account budget balances from last year and projected revenue adds $126.6 million or 1.6 percent in net appropriations for a total of $8.138 billion. This proposal does not create any new programs, and of the net appropriations, 66 percent of the expenditures are one-time in nature and dedicated to existing programs, invested into the Budget Stabilization Fund, or contribute to the one percent increase in education funding. The Maine State Constitution requires that the State budget be balanced, as it is after this supplemental. Additionally, the Revenue Forecasting Commission projects that the revenues for Fiscal Year 22-23 will total $8.45 billion.

With the submission of the supplemental today, the Legislature will now have a substantial role in hearing, amending, and approving the proposal.